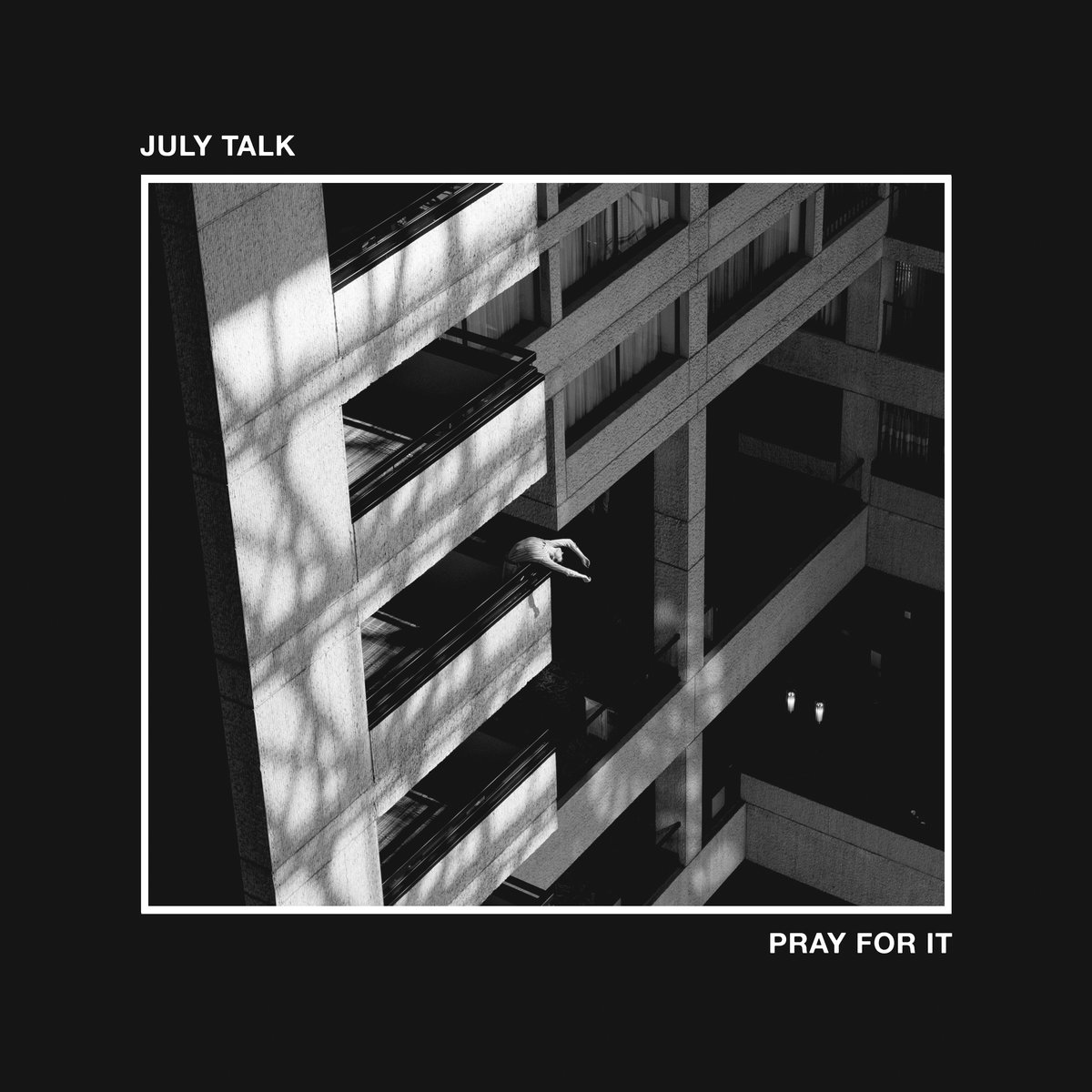 If there was a sweet spot for Canadian alt rock five-piece July Talk, it was four years ago. While their self-titled 2012 debut was full of big, dumb, fun riffs and blues rock swagger, it was the 2016 follow-up, Touch, that saw them finding their niche. They pulled back the kinds of songs that had bonehead lyrics like “You don’t look pretty when you smile/ So don’t smile at all” and “Yeah, but this is life we’re living/ Life ain’t always ’bout forgiving/ She’s my lady in a summer dress” for an album with a bit more depth. They played on the strengths of both vocalists – the honeyed Leah Fay and the RC Cola Tom Waits that is Peter Dreimanis – and tastefully scaled back the radio-ready riffage that made their debut a success.

Another four years later, Pray for It feels like a different band – one that has veered off course enough to become somewhat unrecognizable. It’s not that their newest sonic update is bad – quite the contrary, it seems like a worthy companion for a weekend drive on a sunny day. But right off the bat, opener “Identical Love” is bloodless, its lyrics deeply lazy: “I want to be changed/ I want to be rearranged/ Our love can withstand thunder/ We are safe in hail and rain,” Dreimanis croons, his gravelly tones rendered dulcet. It will take three more songs for them to reach a point where they touch on anything that feels “fun” with “Pretender,” a track that has the moody swagger that their first two albums did, but at the moment you expect a monstrous guitar line to kick in, it pivots into Good News for People Who Love Bad News-era Modest Mouse. The two songs between them are, again, fine songs, but they’re incapable of leaving any impression at all.

The record’s back half feels more worthwhile and engaging, which makes up for the sluggish front. The propulsive “The News” is the closest they come to touching on guitar worship, though Fay’s voice should have been pushed to the front of the mix just a little bit more, as it feels too buried to land a punch. Later, “See You Thru” utilizes the sultry textures they seem bent on mastering and warps them into something that almost feels seedy, giving us a taste of what might have happened if they’d had some fun with the A-side. Even “Governess Shadow” almost feels like they’ve dialed into something special, with Fay and Dreimanis’ tag team vocals blending wonderfully with spritely guitar riffs that feel almost ready to lose control, but hold back just enough that they don’t lose the thread. It’s clear from songs like these – as well as the brief, moody closer “Still Sacred” – that they still have something to offer, but lost their way at some point between Touch and today.

Pray for It is ultimately an incredibly confusing listen: taken on its own, it’s a pleasant (if forgettable) batch of sun-soaked pop songs with dueling vocals, landing somewhere near Future Islands. But when added into the July Talk oeuvre, though, it ends up feeling toothless and bland, as though they drastically misunderstood what their strengths were before this. The end result is that they’ll likely lose a decent amount of fans who signed up for more fun music than this, while gaining a whole new crowd that are interested solely in what they’ve grown to sound like. The best we can hope for, then, is that they take their new formula and tighten it up between now and their fourth record – which will, if we’re lucky, be a version of this album’s aesthetics that feels honed and practiced, rather than stumbled into.

Even at its best it misses some of the old spark. …