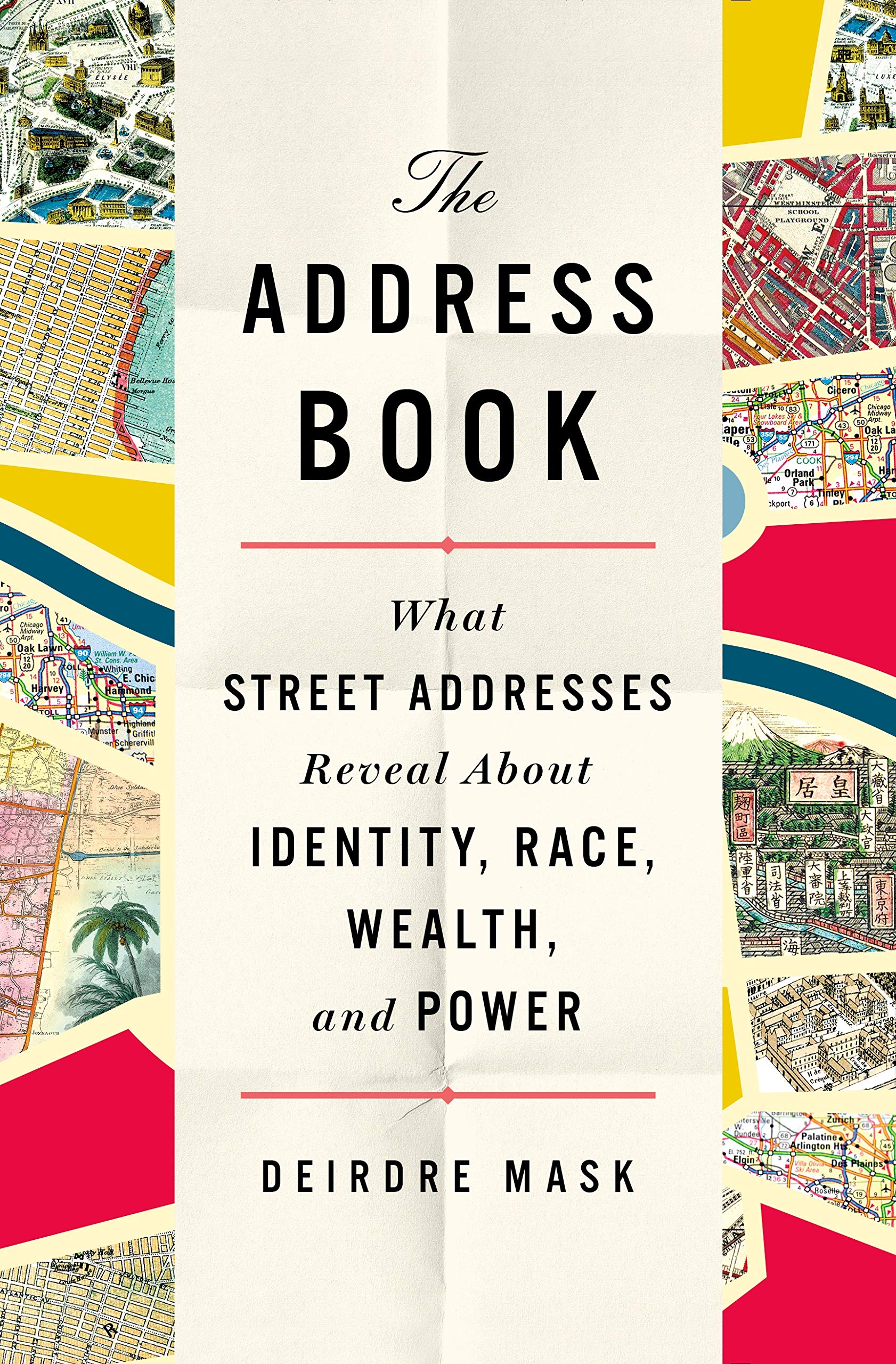 Your home address: a seemingly simple, taken-for-granted piece of information. In The Address Book: What Street Addresses Reveal about Identity, Race, Wealth, and Power, Deirdre Mask takes this ordinary fact and explores it through a surprising variety of national histories, cultural conflicts and identity statements. Mask is both an outstanding researcher and a stunning storyteller, bringing to life each of the communities she studies.

Mask notes that about 70 percent of the world is insufficiently addressed. This includes not only sparsely occupied places but urban slums that often lack fixed structures and include transient populations. So what if you don’t have an address? You may not be able to get emergency medical services, or a firetruck may not find you in time to save your home. In her chapter on the 2010 post-earthquake cholera epidemic in Haiti, she noted Doctors Without Borders struggled to trace transmission of the disease and stop its spread when they could not chart addresses for patients. Addresses provide a sense of belonging and, for better or worse, a way for you to be found, taxed and billed. Fundamentally, Mask writes: “But most of all they are about power: the power to name, the power to shape history, the power to decide who counts, who doesn’t, and why.”

Beginning in ancient Rome and moving on to London, Mask explains various ways that street names come into being. When towns and villages developed before any kind of mapping took place, streets were named for what they were known for. This might be what kind of trees grow along the road or whether there was a butcher or a blacksmith on the street. One problem with the local and arbitrary naming on streets was duplication. In 1853 London, for example, there were 25 streets named for Prince Albert and another 25 named for Queen Victoria. Standardized postal delivery services led to extensive street renaming in many cities worldwide so that unique addresses could be assigned.

Mask’s anecdotal stories are written in such a way that the reader feels that the author has affection for the incidental men and women who are woven into the narrative of street addresses. The invention of the zip code, for example, is not only about the $9 billion saved each year for more efficient mailing services but is also a story about the creator of the system, postal employee Robert Moon, who pitched the idea to his bosses for 20 years before it was accepted. Moon’s wife wore a gold necklace with the name “Mrs. Zip,” and zip codes were promoted to the public with a song by Broadway and folk performers The Swinging Six.

Histories of street naming are accompanied by stories of streets being renamed, often reflecting changes in population and culture. One compelling story recounts young activists in Tehran who were incensed by British intervention in Iranian political rule. The teenagers talked about politics constantly but could not find a meaningful way to take action. That changed in 1981, when Bobby Sands of the Irish Republic Army died in prison following a hunger strike. The teenagers made cardboard signs and glued them to signs for Churchill Street, unofficially renaming it Bobby Sands Street. Soon, the name Bobby Sands was on the lips of people moving through the city. The public adopted the new name, as did the city government of Tehran.

Coinciding with the protests against systemic racism taking place across the United States, Mask includes a chapter about Confederate street names. Central to this story is Benjamin Israel, an African American Orthodox Jew who has spent hundreds of hours speaking at city commission meetings in his hometown of Hollywood, Florida. Israel’s singular goal is to change the names of streets that honor Robert E. Lee, Nathan Bedford Forrest and John Bell Hood. Mask uses this as a launching point to tell the intertwining histories of the settling of South Florida, the rise of the Ku Klux Klan, Ken Burns’ documentary about the Civil War and Lost Cause commemoration. “A street name is a kind of monument, too; in the South, more than a thousand streets bear the names of Confederate leaders,” Mask notes. She adds that Confederate street names are also found in Brooklyn, Pennsylvania and even Alaska.

As Mask shares the stories of her obsession with street addresses, she brings the reader along on her research trips. She becomes a character in these stories, effectively describing the unique places and people who help her understand how street addresses are personally and politically significant across many different cultures. These stories resonate well beyond the book and are likely to inspire incidental curiosity about street names whether you’re traveling or driving through your own hometown.

The Unreality of Memory and Other Essays: by Elisa Gabbert

Gabbert’s essays are deeply engaging, full of questions and anecdotes the reader is likely…