January 27, 2021
Home Books Sharks in the Time of Saviors: by Kawai Strong Washburn 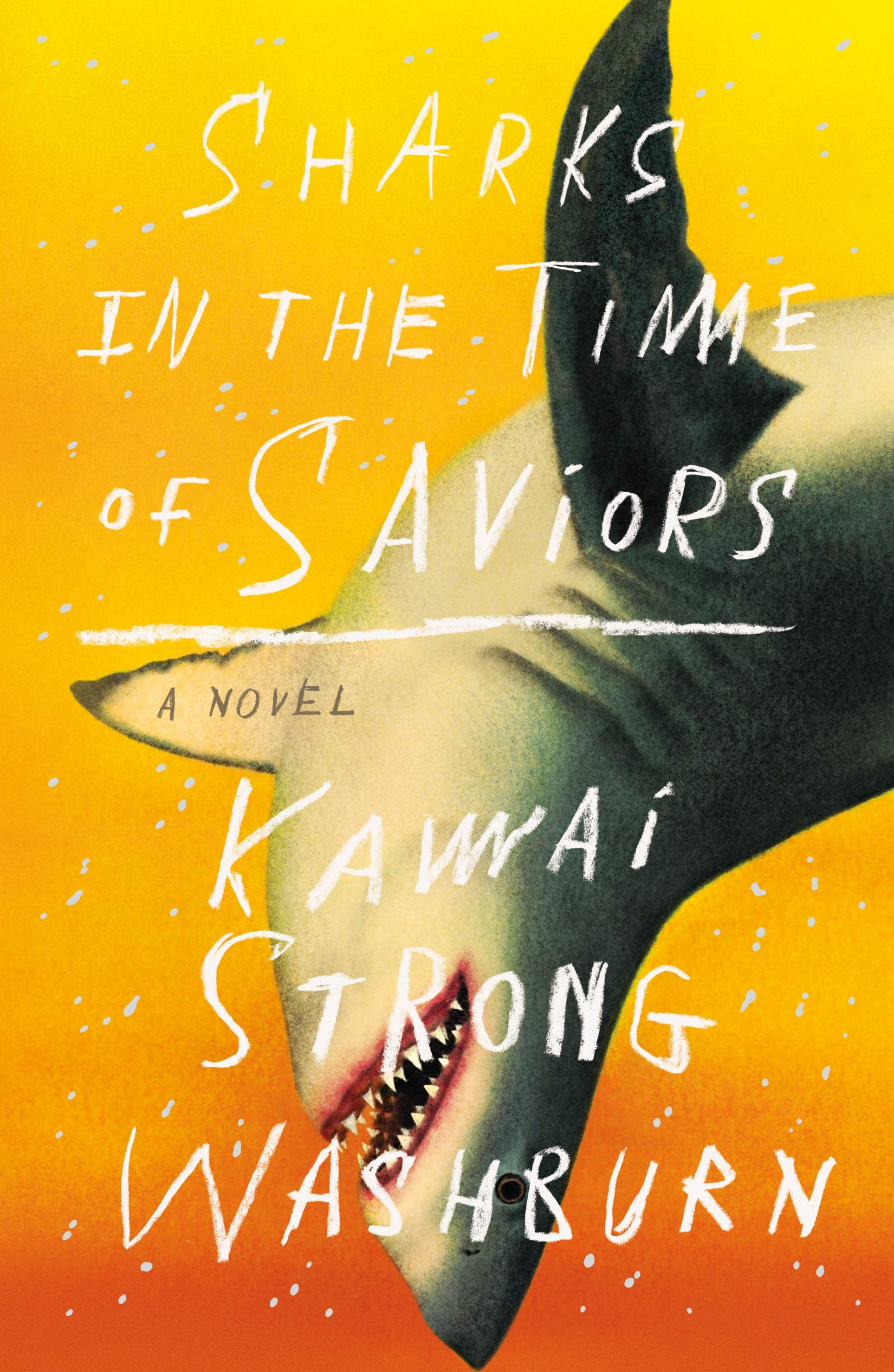 Conceived during his parents’ valley getaway before their haunting by “night marcher” spirits of warrior gods, and rescued as a child from drowning by sharks, Nainoa Flores grows up manifesting magic abilities. He and his family bear the responsibility in a mythic ripple effect. His parents think he’s a “miracle” and a vessel of sorts for ancient entities, and they try cultivating whatever is inside him for what they deem is a greater good. His siblings love but resent him for overshadowing them, which drives them with a common hunger and rage to excel in their own pursuits. When existential crisis and tragedy befall one of their own, the rest erupt in repressed emotion and clash as they grieve in their respective fashions. Are they forever broken, or do higher powers and purpose have a final say?

In Sharks in the Time of Saviors, Kawai Strong Washburn tasks each Flores with telling their part of the story within the collective narrative. Noa murmurs in deep, reflective melancholy as he tries conceptualizing the visions and voices throbbing in his mind and the healing powers they imbue upon him. Dean hustles through life with his bad-boy, basketballer street smarts, feeling fated to chase his overachieving younger brother. Whip-smart, budding student engineer Kaui seeks thrills and loses her way following a girlfriend she falls for, but she finds clarity in dancing and dreaming of hula. Their strong-hearted mother, Malia, relays Augie’s and her tale of enduring economic straits and summoning emotional fortitude to help their children through. She addresses her chapters to Noa and the associated gods at times almost in fervent prayer.

The novel watches the siblings leave the roost for the mainland and, in their own ways, return to a new sense of home back in Hawaii or elsewhere after hardship. If readers wanted to pick a single theme encompassing Sharks, family rings true. Though in many ways fractured, guilty and imperfect, the Floreses share a deep love. It’s shown in all the odd jobs Malia and Augie work to provide for their family. And in Dean’s dreams to make it big in basketball or otherwise to take up their financial mantle. And in Noa asking his brother and sister if they sense the same forces he does within themselves, and in Kaui setting aside her interests to try to understand.

But pigeonholing the book into one central theme does it and the author a disservice. Washburn delves into a Hawaii hidden from the Americanized kitsch of grass skirts, plastic leis and luxury getaways with natives waiting on and entertaining tourists. Instead, he reveals how the island’s people are forced from their fields and culture for corporate development, then left to fend for themselves or adapt to Westernization. Dean muses how Caribbean people understand Hawaiians better than Americans do, despite Hawaiians being U.S. citizens. While running from police in Portland, Kaui clenches up, knowing they always shoot at brown bodies like hers and her brother’s. In their own nation and their own island home, their family and native Hawaiians are rendered outcasts.

Hawaiian spirituality permeates the novel. Malia’s steadfast belief in the old war gods, attunement to nature and the alluring bounty of sacred soil radiates to her loved ones and binds them in strife and comfort. Washburn leaves some of the cultural details vague or unsaid, but the Hawaiian vocabulary is easy to Google if one is so inclined. However, it’s an exercise in empathy and enrichment to just follow along without giving into the ethnocentrism of having everything spelled out in English words and Eurocentric ideology. Augie’s lone chapter evidences this magic realism best, taking him and Malia back to the valley of their first encounter with the night marchers. There, they are given the choice to run away like they originally did according to the legends’ warnings or to stare down the ghosts in defiance.

Part II perhaps drags in mundanity as Dean, Noa and Kaui establish themselves in the Pacific Northwest mainland and flounder beneath their ennui and pride, but this section may be the most accessible. The cast is distinct, human and sympathetic, but the harbored darkness between them through much of the book may sour readers on them. Plot turns occur, particularly in the pivotal tragedy that may shock people in how abruptly it ends despite the mystic potential for a miraculous outcome, but the plot isn’t cinematic in its twists. Rather, Washburn’s spellbinding, wrenching debut delivers five people trying to find themselves and each other across physical and spiritual impasses, with the essence of Hawaii and “ohana” as their guide.

The insightful, sometimes plodding contemplation of parts one and two doesn’t mesh with th…