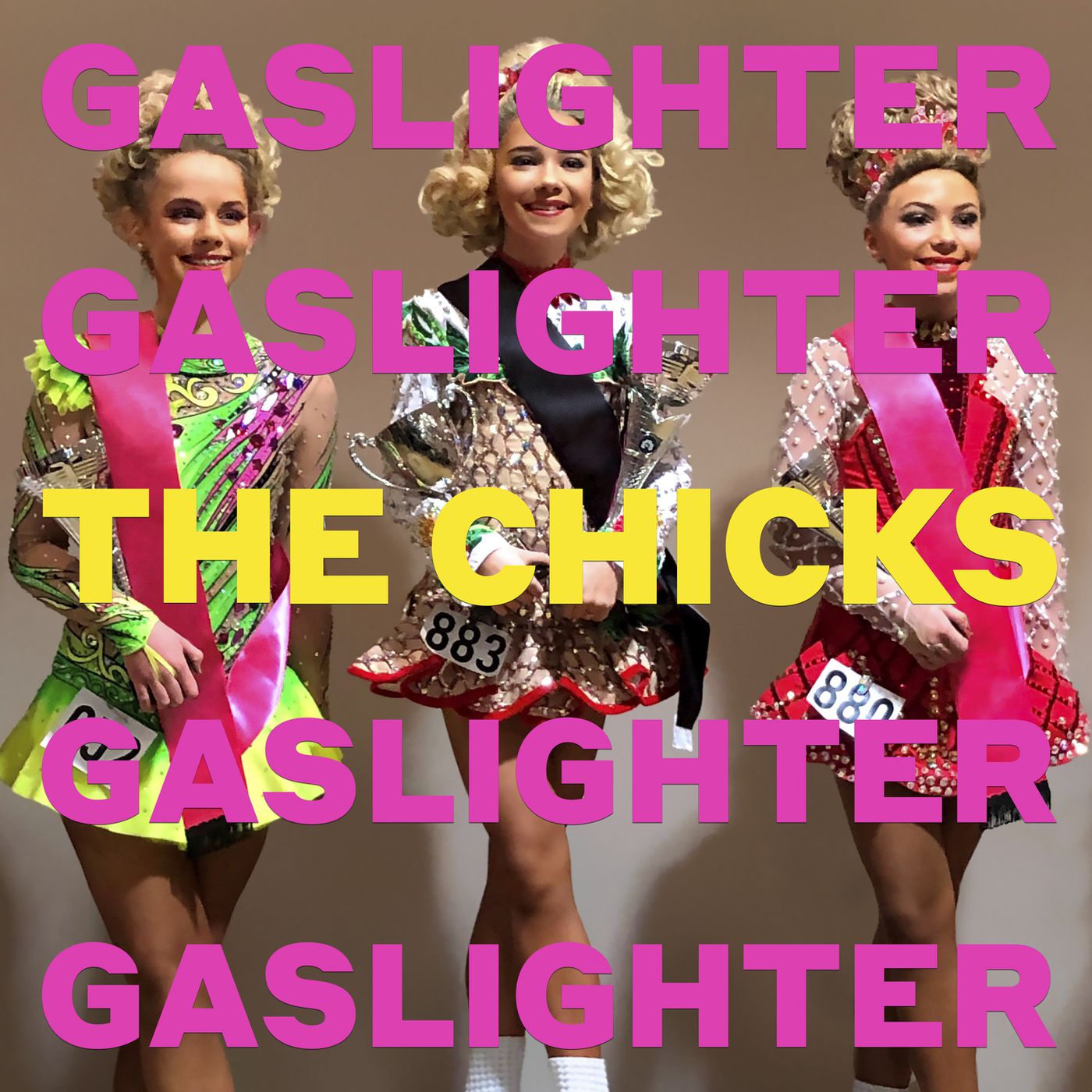 In Raising Arizona, a bank robber tells the customers to freeze and drop. A man replies: “Well, which is it, young feller? You want I should freeze or get down on the ground? Mean to say, if’n I freeze, I can’t rightly drop. And if’n I drop, I’m a-gonna be in motion.” The scene fits the movie’s absurdity, but it sounds like a reality many musicians face. In 2003, Natalie Maines of the Dixie Chicks had the audacity to have an opinion, denouncing then-President George W. Bush at a London performance, and she got the “shut up and sing” treatment, to paraphrase the name of a later documentary on the ensuing controversy. The trio released one more studio album, Taking the Long Way, which went double platinum and won multiple Grammys despite country music radio’s resistance. The Dixie Chicks didn’t disappear, and they’ve toured several times since then, but they haven’t released a proper studio album in 14 years. Now they’re back with Gaslighter, and it’s clear that they’re not about to shut up and sing.

In case anyone suspected they’d be retreating, the name change shows otherwise. Maines, Martie Maguire, and Emily Strayer decided to drop the “Dixie” from their name because of its historical connotations with the Confederacy and slavery. The statement-making didn’t stop there. The album’s first single came out in March (the album itself was delayed by the pandemic) with a seasonal gale force. “Gaslighter” puts those lovely, inimitable harmonies to use in attacking an ex through catchy pop music, though in language that more generally applies to our current culture. Toxic men everywhere, take note.

The Chicks brought more immediately political music with “March, March” and its unforgettable video. Maines sings that she’s “an army of one,” but the track mixes a banjo and a fiddle into its steady pulse as part of its muster. “Watchin’ our youth have to solve our problems/ I’ll follow them so who’s comin’ with me,” sings Maines as the protests unfurl around her and her newly public vision. Few songs, including those written even more recently, so completely summarize the current American sociopolitical climate. The Chicks might follow new leaders, but their voices summon the marchers.

Those songs hold much of the album’s power but don’t represent its focus. Maines wrote much of this music after her own divorce, and the disc highlights details of challenging relationships. “Gaslighter” has a line about a boat, and the boat returns on “Tights on My Boat” as the place where the now-ex has apparently taken the other woman. “I hope you die peacefully in your sleep,” Maines sings. “Just kidding: I hope it hurts like you hurt me.” Hurt permeates Gaslighter, but only as the prelude to resilience.

“Tights,” like much of the album, leaves plenty of space for the singers; it would have worked as a vocal-pop disc. Producer Jack Antonoff cuts this one more like pop than bluegrass, the country instruments pushed back enough for Maines’ nuanced delivery to remain the focal point. By the time we reach closer “Set Me Free,” we’ve been fully drawn into a particular place with the group. As the album ends, we feel that longing for release, to be untethered from a bad romance.

While the album fights more than it laughs, the songwriters involved don’t neglect humor. “Texas Man” is the wittiest cut, finding Maines looking for love after being suddenly left on her own. It sounds like the earlier part of a Friday night. It’s hard not to laugh when Maines sings, “Everybody wants top market/ But I’m a little bit unraveled/ Everybody wants the new model/ But I’m a little bit more traveled.” The song delivers a mature, if idiosyncratic, look at coming into a new relationship. It’s fun on its own, but it becomes part of the album’s larger complexity.

On “Hope It’s Something Good,” Maines sings of her partner’s past infidelity: “After so long I learned to hold my tongue/ And now that you’re done, I get to write this song.” The line burns: all that remained concealed comes out at once, and it stings. At the risk of a reductive reading, the line applies to a broader speaking-out. In an era in which concealment and revelation are twin parts of the daily news, having someone cut through the mess with force and clarity serves us well. With Gaslighter, The Chicks wield both the scalpel and the microscope with equal skill. And they sure can sing.