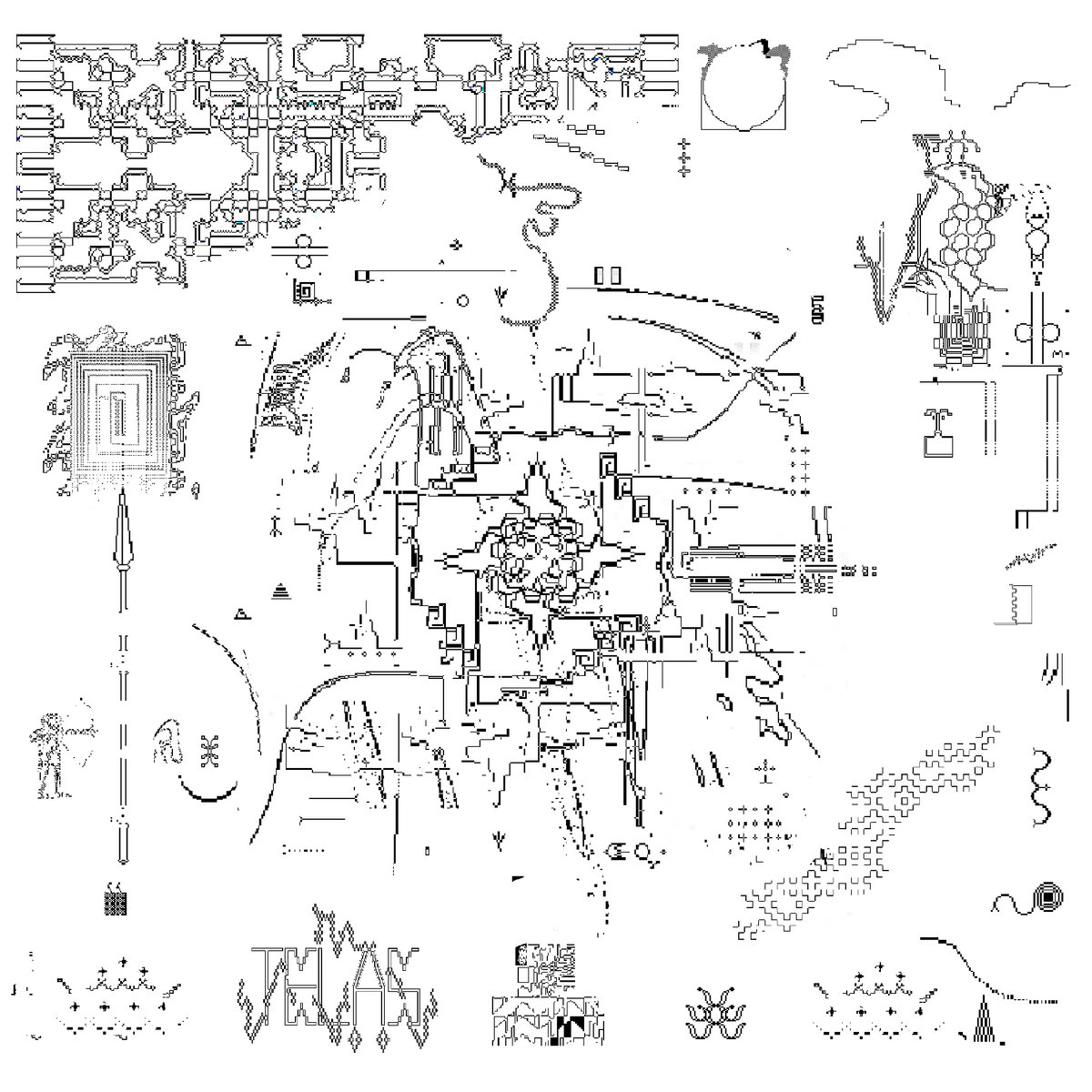 While the rest of us have been busy using this difficult year to make sourdough, attend protests or collapse onto couches in waves of existential despair, other people have been using this time to be impossibly creative. Such is the case with Chilean-American producer Nicolás Jaar: in February, he released 2017-2019, under the name of his side project Against All Logic. One month later, in the opening throes of quarantine, he dropped Cenizas, a dark and meditative hourlong record that existed as a spiritual successor to his now-classic debut, Space Is Only Noise. And now, four months later, he’s back at it again with Telas, putting him on track to perhaps even beat out Guided by Voices for records released within a year’s span.

Telas is incredibly difficult to read. The album is made up of four tracks, each of which is its own tiny galaxy of noise, repetition and rhythm that can feel somewhat formless on the surface. The horns and near-tribal drum beats that open “Telahora” are enough to put off the casual listener, and if that doesn’t, the fact that the remaining hour of music is just as mind-melting probably won’t help things, either. Very few moments within Telas could be considered abrasive, but while it doesn’t actively push you away, it doesn’t necessarily draw you in, either.

The trick, though, is to push through those difficult moments—moving past the skronky horns of “Telahora” reveals moments of beautiful, dread-drenched drone. You’ll encounter rhythmless drum beats on an implacable instrument, but pushing past that allows you to get to the spaced-out, echo-laden string-plucking that feels like it’s coming from somewhere just out of reach. And then there’s the chimes, sounding almost too ominous to exist outside of A Christmas Carol or “Time” by Pink Floyd, which accompany electronic squiggles and squashes that sound like a robot clawing its way through a tin roof. But, then, it gives way to a loping, tinkering beat that sounds closer to being “a song” than any moment before it. Almost as though the song up until that point was taunting you, knowingly burying the concept of “song” far enough back in the mix that the less committed listener might have just abandoned ship.

Once you’re able to overcome the toughness to embrace those moments of alien beauty, the remaining three tracks feel so much more traversable. “Telahora,” then, feels like a minor initiation for the odd planet Jaar’s designed within Telas, something like a tutorial on how to listen to the album as a whole. There are further alien squiggles all over the following track, “Telencima,” but they counterbalance the wild woosh of Jaar’s synths, like a cleaner singing saw. These sounds make each other more compelling in tandem, their relationship with each other asking you, repeatedly, to dig out what you find beautiful and compelling, and to use it to find meaning within the moments that stray towards objective noise. There’s no “beginning” or “end” to anything—each is its own body of sound, and like a more grand and sweeping John Wiese, Jaar lets the wild abandon of his soundscapes tell stories of woe and inner chaos that feel like he can only tell them by describing them with these sounds.

The album doesn’t prescribe if passive or active listening is preferable. You’re free to focus in and observe the way devices and pieces of song move on their own or in tandem with another piece or device, but you can also loosen your ears and slacken your grip on the pieces within and, instead, absorb the dramatic whole while drawing your focus away. This method is fascinating for its own reasons. Take the first two minutes of “Telahumo,” for example: focusing on it reveals a bizarre network of independent sounds working alongside each other, but keeping it in the background allows you to hear how the sum of these pieces is an aching slab of electronica that conveys intense sorrow and distance effortlessly. Past that, Jaar latches onto a set of emotions best captured with a completely different sonic palette by the work of Liz Harris’ Grouper project, the decaying echoes of plucked strings causing phantom nostalgia for a nonexistent, bygone time.

Telas closes with the shortest of the bunch, the 12-minute “Telallás.” This track feels the most fully formed, the lion’s share of which is anchored around a single droning note—one that occasionally wavers or moves a few notes in either direction, but it takes a full seven minutes to completely go away. Telas practically begs its listener to use headphones, but to really grab onto the magic of “Telallás,” they’re essential. Give the song a listen, and pay attention to the way other neighboring sounds infinitely engage with that hum, forming chords with it and clashing with its rigidity in ways that you can almost see in your head—ripples of hard objects lobbed like stones at a stoic, emotionless flatline. Then, around the seven-minute mark, it vanishes, but the sultry, bleak world Jaar creates after it’s gone is so immediately engaging that you’re in its thrall before you even realize that the droning has stopped.

In a way, “Telallás” is the listener’s reward for making it through the harsh, sometimes unforgiving learning process behind learning to love Telas. The album is ferociously avant-garde and incredibly rigid, in ways that even the quieter, fleshier Cenizas wasn’t. Initial listens push you away, assaulting you with clashing conversations of sound that speak volumes, but are sometimes aggressive enough to be too hard to process. Then the album reaches “Telallás,” and it’s almost an oasis, its structure more logical. Telas isn’t going to convert anyone to the kind of producer Jaar is, but for those willing to learn how to navigate it, this is legitimately an “Album of the Year”-worthy record—a feat made more impressive by being his third excellent record of the year.

Sarah Mary Chadwick: Me and Ennui Are Friends, Baby