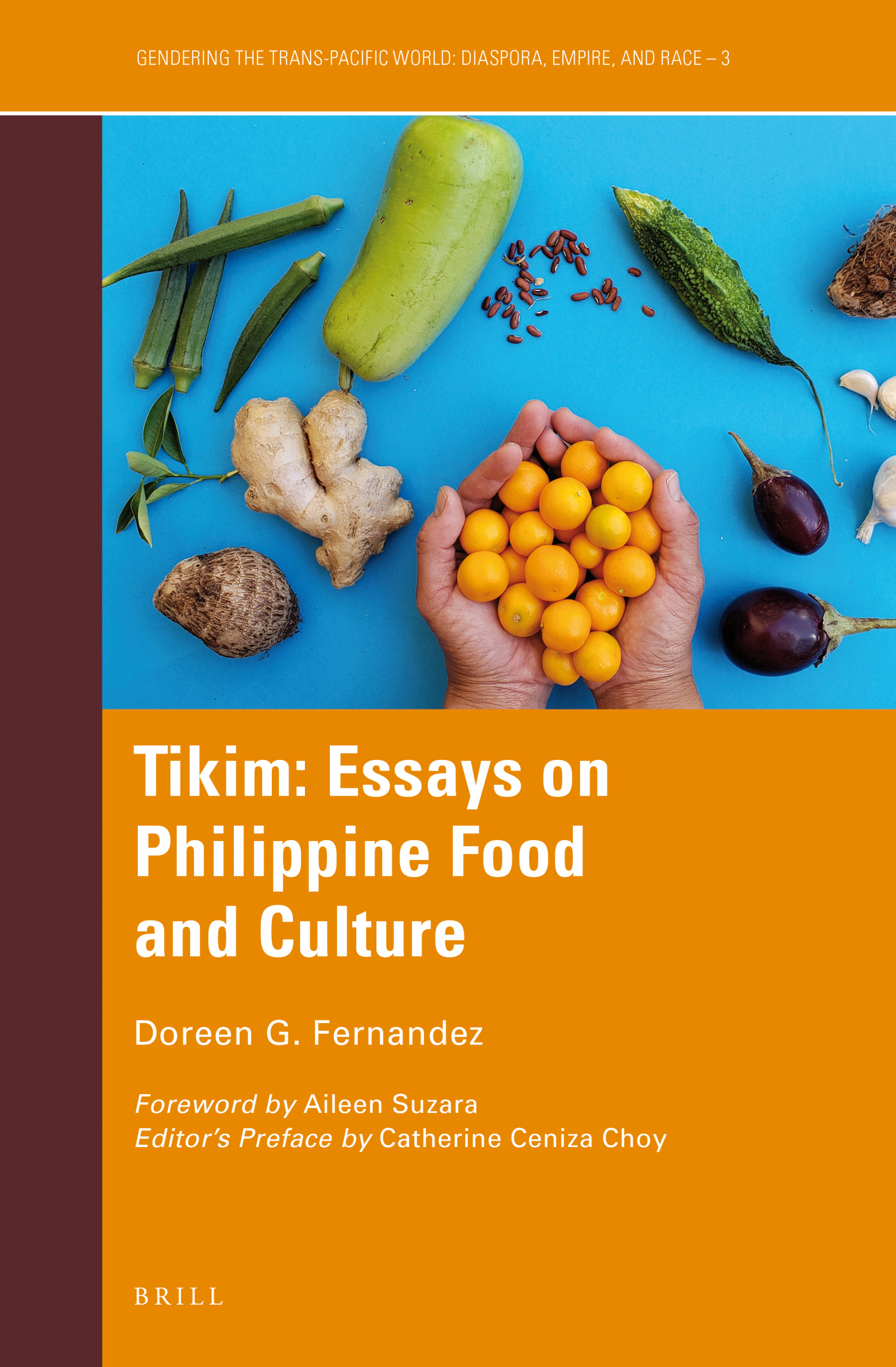 How does a national cuisine emerge from a country that consists of 7,107 islands with some 80 distinct ethnicities? What does it say that the most famous Filipino dishes originate from Mexico and China? It would take a lifetime’s reading to chart the complicated history and culture of the Philippines, but in under 200 pages, Doreen Gamboa Fernandez penned as good an introduction as one can get. You don’t have to be a student of Filipino culture or an expert in Filipino food to appreciate Tikim: Essays on Philippine Food and Culture. Fernandez’s vivid prose and storytelling will lure in the reader like the curious smells emanating from your Lola’s kitchen.

First published in 1994, Tikim (“taste”) assembles columns Fernandez wrote for The Philippine Daily Inquirer and other publications. The nature of that somewhat ephemeral source material means there’s a little bit of repetition in some pieces, but that’s really the book’s only flaw. These columns have been organized into themes like “Food and Flavors,” such a wide topic that the pieces offer a surprise at nearly every page. And what better way to start off this section than with a subject that is very much at the forefront of American food writing today: street food.

Fernandez establishes the rhythm and taste of the Philippines simply by getting into what food trucks line up where; schools, commuter routes and churches at holiday season each attract their own variety of grab-and-go options. These specialties each have a colorful “pop” nickname; thus, chicken feet are Adidas, wings are PAL (after Philippine Airlines) and pigs’ ears are Walkmen. Of course, Fernandez goes into detail about that most adventurous signature street food, the fertilized duck’s egg known as balut. While even Filipino Americans who miss homeland cooking may be wary of such delicacies, Fernandez, as she spells out the precise timing of fertilization and the mechanics of consuming such a thing, makes it sound positively tempting.

But Filipino cuisine is far more than just fodder for an episode of “Bizarre Foods”; Fernandez waxes nostalgic about Christmas mornings and the baked goods available on street corners, and that gets to part of what she finds special about street food; it’s not just about convenience, but “a communal gathering rooted in the sense of the street as a communal space.”

Part of what makes Tikim so enchanting is the nature of the language; not to exoticize Tagalog, but the food names are full of character: the sour stew sinigang, the longganisa sausage, the grilled marinated breakfast meat tapa. Much like New Yorker scribe Joseph Mitchell would simply list varieties of oyster, Fernandez takes a journalistic interest at the language of food, reveling in the sound and rhythm that defines the culture.

Since food is as much about process and history as it is about taste, Fernandez explains where it comes from, like the complicated method of fermenting vinegar from the nipa fruit. Fernandez has also written about Filipino stage productions, so her storytelling can reveal a theatrical element. In one piece on the wide varieties of Filipino prawns (the nation’s vast shorelines contributing to an abundance of seafood), tiny river shrimps are eaten alive as one squeezes calamansi (a regional lime) over the creatures, causing them to jump: “as they jump, one picks them up and drops them into the mouth, savoring the sweet freshness of their last moments of life.” Every page here makes you hungry, sometimes violently so.

One can’t discuss the cuisine without dealing with colonialism; from the Spanish to the Americans, Filipinos met with centuries of would-be conquerors. But in an introduction, Aileen Suzara notes that “we can imagine the story of the colonized as one with agency.” Sure, Filipino cuisines absorbed plenty of influences, from Chinese traders (which led to pancit) to Mexican settlement (which led to adobo). But, as Fernandez notes, such foreign elements were inevitably made into something distinctly Filipino.

The main downside to Tikim is the scholarly price point of the print edition; fortunately, there’s an affordable e-book, perhaps all the better to take notes on as you’re tracking down your nearest Filipino restaurant.