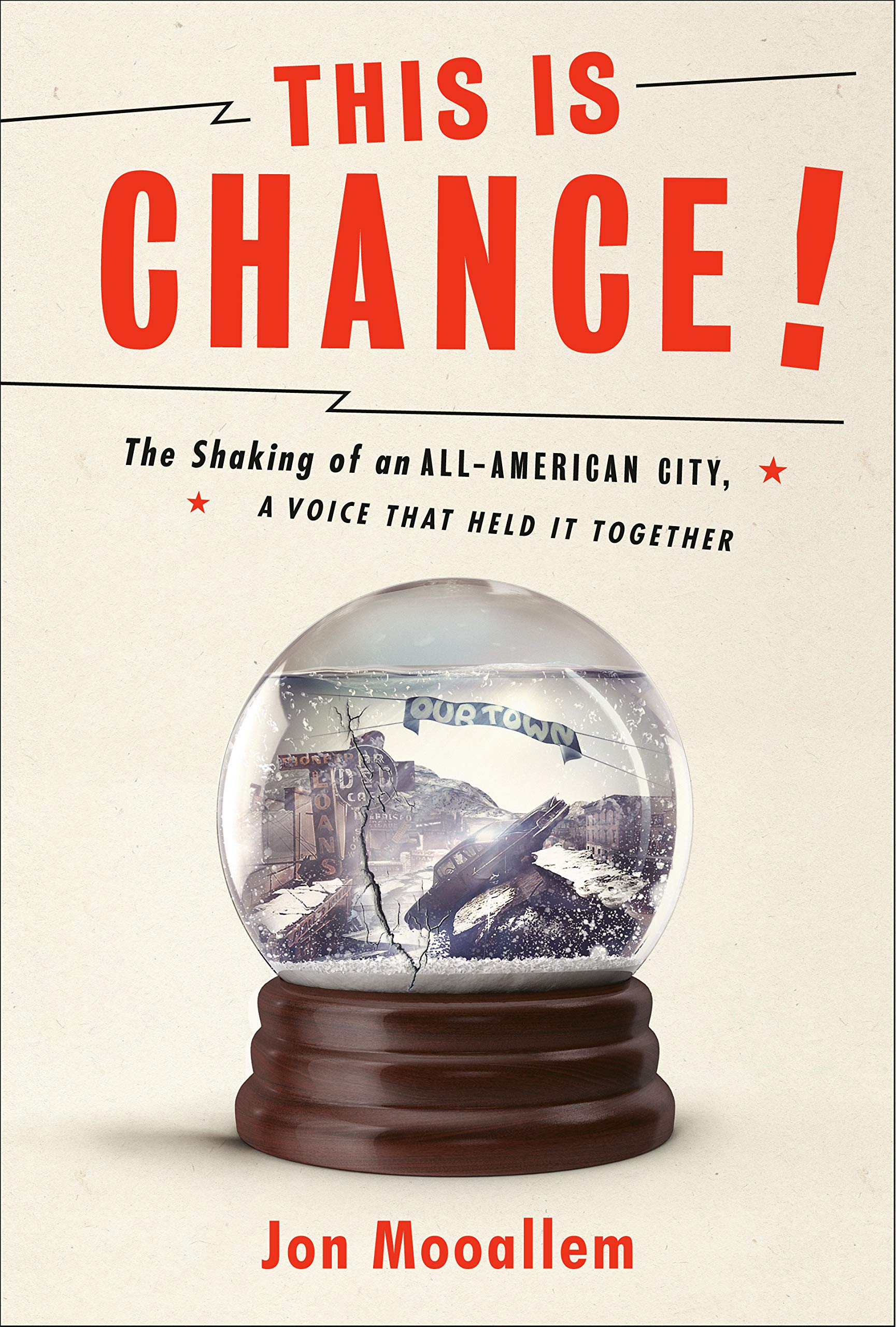 It’s hard to recall a time prior to the 24-hour news cycle, back when information came at a much more measured pace, allowing for larger news stories to grow and build over a series of evenings rather than unfurl in real-time, often with misinformation passing for facts. Now, any natural disaster, let alone one on the unprecedented level of the 1964 earthquake that rocked Alaska and virtually destroyed Anchorage, would dominate our news feeds, information coming at us fast and furious in a myriad formats.

Back in early 1964, however, the only way in which information could be passed along from the recently-christened state of Alaska to the outside world was via radio. And at the time of the quake, late in the day on Good Friday, those working at Anchorage’s KENI station had to scramble to not only get their station back up and running to relay information, but literally wade through the rubble and sea of misinformation in an attempt to set the record straight. The reporter who would subsequently become the voice of the earthquake not only to Alaskans, but to the outside world, would be a housewife-turned KENI employee named Genie Chance. Her breathless reportage and real-time accounts from the heart of the quake helped not only set the record straight as to the nature of the devastation – damage reaching into unthinkable monetary figures – as well as reuniting and reassuring those separated or lost.

Indeed, according to Jon Mooallem’s This is Chance!, Chance’s work, along with that of her colleagues, was largely responsible for keeping the community not only informed, but calm. After the initial quake hit, it seemed impossible that the total loss of life could be anything other than catastrophic. But over the course of the next several days, Chance and company would be able to account for all but a handful of the city’s missing individuals. In all, the loss of life would prove exceptionally minimal compared to the sheer viciousness of the damage.

The heart of the story is the community’s resilience and ability to come together in the worst of times to successfully ride out the quake and all its subsequent aftershocks. And while Genie Chance is posited as the main focal point of the narrative, Mooallem uses Thornton Wilder’s Our Town – a play that just happened to be staged by the city’s civic players during the time of the quake – as a framing device, positioning himself as the play’s Stage Manager character. Using this, he shows full omniscience with regard to each and every character introduced, the roles they would play before, during and after the earthwards 1964, as well as, in the play, when they will die.

It’s a somewhat cheeky ploy from a narrative standpoint, but helps lessen the tragic elements of the natural disaster and places the focus on the individuals who banded together to help not only provide a constant stream of information in an era in which such things were virtually unheard of – not to mention in Alaska – but also help solidify the community of Anchorage and, on a larger scale, Alaska itself. Introducing the work in the same manner as Wilder’s legendary play – spelling out the name of the work, the writer, editor, etc before delving into the story itself – Mooallem places the play and its staging during the time of the earthquake at the front and center.

This co-opting of Our Town reaches critical mass during the chapter on Genie Chance’s life in the years following her leaving KENI, beginning a successful, progressive career in politics and the subsequent ups and downs of her personal and professional life. From her divorce to remarriage to familial struggles with drugs and alcohol to the untimely deaths of her two sons, second husband, mother’s descent into dementia and her own struggles with the disease, the narrative takes a decidedly darker, existential tone that leads to Mooallem’s own insertion into the story when he contacts Chance’s daughter Jan about putting together the story of the Alaskan quake and wondering whether her mother might’ve had any letters or documentation that might assist in the construction of his proposed narrative. Here he fully assumes the role of Wilder’s Stage Manager.

What’s most remarkable is the way in which information regarding the earthquake was disseminated to and through the outside world, all courtesy of the courageous efforts of KENI radio hosts like Genie Chance, whose voice became THE voice of the quake and its aftermath, the outside world’s sole link to the chaos within Anchorage and the immediately surrounding areas. Mooallem’s thorough research and analysis of the original radio broadcasts allow for a meticulously constructed, almost real-time recounting of the events immediately preceding and after the quake, offering up details known only to a few at the time before being filtered through the air waves by Chance and her fellow KENI broadcasters.

Here is where Mooallem’s approach tends to falter, as he can’t quite settle on which direction to follow through to its conclusion. There are so many narrative threads within the overarching story, that it can be hard to retain focus. Much like the play, he settles for brief biographical sketches for some of the characters before wandering off on meta tangents involving his own research into the history of the event and the corresponding players. Regardless, This is Chance! offers an interesting look back at an era predating the 24-hours news cycle, a community’s resilience and the strength of the human spirit when pushed to its absolute limits.