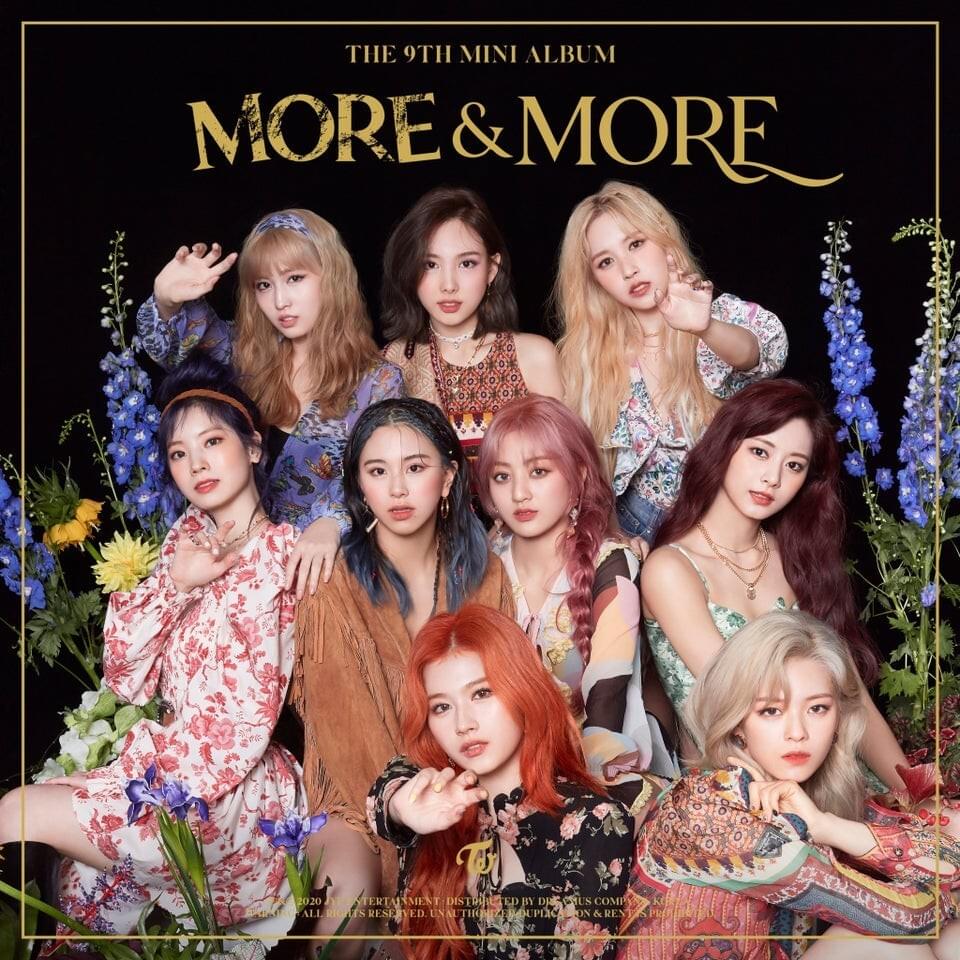 From one nation’s Big Three to another, Twice released their latest EP More & More through Universal Music, specifically Republic Records, rather than their native South Korea’s JYP Entertainment. Like predecessors BTS, Blackpink, and JYP’s Wonder Girls, the nine-member girl group rode the global Korean wave, or Hallyu, to a Western market where the lines between superstars, mid-level acts, and relative unknowns grows more muddled by the day. All it takes is one viral TikTok to take you from nobody to “Dance Monkey.”

Sales of K-pop records went up nearly 50% since this time last year, and in 2019, Twice broke the record set by S.E.S. back in the ‘90s for South Korea’s biggest-selling girl group. TikTok, Twitter, and YouTube give K-pop acts direct access to any and all fans, millions of whom exist and expect excess from their favorite artists. This girl group hits its stride when it goes for the maximum: the breakneck pre-chorus of “Fancy,” the goofy future house of “Fake & True,” the earnest pleas of “Say You Love Me. Thus, the title More & More suggests Twice is in their element.

This is somewhat true. The fluttering joy of “Oxygen,” with its shimmering synth lines and staccato chorus, breathes life (no pun intended) into its love-as-lifesaving-air metaphor; the organ opening makes it feel especially transcendent. No matter how busy the track becomes, its nine capable performers hold it down.

The title track, too, is upfront about its massive appetites. The faintest of beats enters behind lead vocalist and “center” Nayeon, growing louder and busier as her bandmates join in. It all erupts into a rollercoaster of chopped vocals, bass and schoolyard chanting. The elasticity of the bass acts as a trampoline for the voices to springboard themselves forward. Again, the bass comes to the rescue on “Make Me Go,” where it’s pitted against enough kickdrum to warrant Kaytranada’s approval.

Comparisons like this come at More & More’s expense. Though polished and propulsive, many of these tracks sound less innovative than trendy. The title track takes a page out of Luna’s “Free Somebody,” with its rubbery chorus. The big-band stadium sound of “Don’t Call Me Again” not only feels indebted to Lizzo but feels too heavy, rhythmically speaking, to be a proper kiss-off. After the third staggered “Don’t. Call. Me. Ag-ain!” their confidence grows less intimidating and more annoying.

Thankfully, it’s sandwiched between two upbeat numbers, one pleasantly satisfying (“Shadow”) and the other the album’s finest hour (“Sweet Summer Day”). A new jack swing track with percussion strong enough to beat down bouts of unseasonable depression, “Sweet Summer Day” promises a fantasy of the 2020 summer the world never experienced. It’s like a bike ride down a coastline on a sunny afternoon. It, too, borrows heavily from the pop of the past, but like a good pop single, it’s found the right rhythm, melody, and vibe.

Though not a home run, More & More packs enough slappers to make it a fun dip into one of the biggest girl groups of today. It presents a solid slice of not just K-pop but modern pop as a whole, nothing too experimental but still nothing to scoff at. Ignore Twice at your own pop culture peril.

Yelle turns away from their usual mayhem towards sleeker, less rambunctious sound. …