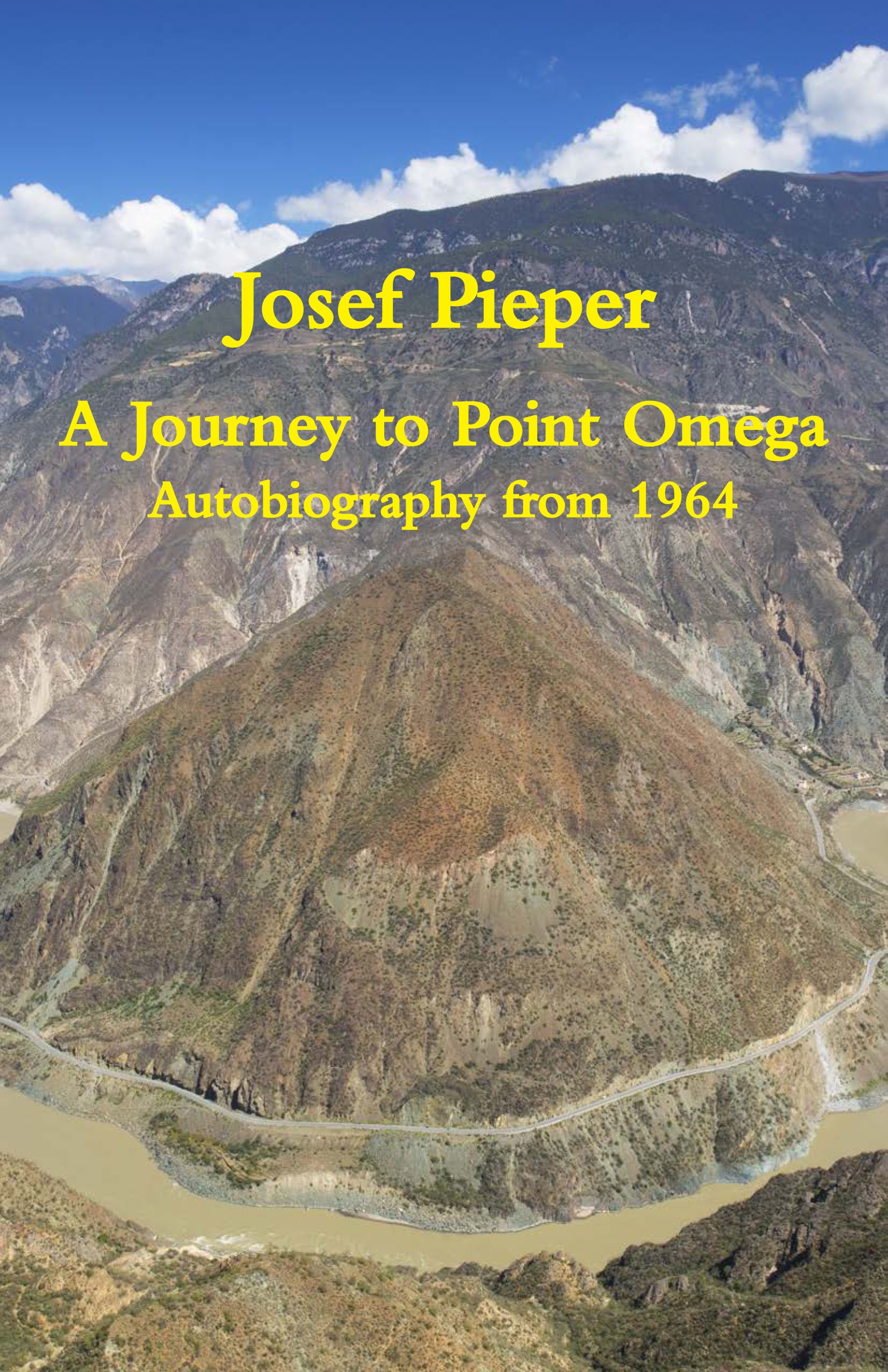 Most philosophers would be lucky to have one volume of their autobiography released. With the exception of Bertrand Russell, it’s likely few readers have turned to the great thinker-interpreters of the past century for personal takes on their lives, usually far less controversial than Russell’s. But that may change with Dan Farrelly’s newly released translation of Josef Pieper’s A Journey to Point Omega, the final section of a long autobiography documenting an equally long life.

Pieper, who was born in 1904, included nods to his considerable learning and preparation for teaching with his marriage and family, both of which survived the call-up of their paterfamilias to serve as a military psychologist for the Luftwaffe. His massive chronicle also looked into how a learned man endured and connived to outwit his superiors and to stumble intact out of a collapsing Reich. Pieper’s works found disfavor under that regime, and while he was not imprisoned, he seems to have laid low and kept his past apart from his mandated task.

The author’s postwar period earns scrutiny in the next installment, also from the current press and translator. Not Yet the Twilight captures the mood of this philosophical anthropologist, who took up the professor’s role again after he’d been declared untainted by the American and British occupiers. He insisted that a more glamorous or prestigious appointment be deferred, for he preferred to train teachers at a humbler institution, where his efforts, he reasoned, meant more.

Pieper’s perspective opens up the postwar trauma, and the morally compromised psyche. He narrates how intellectuals found themselves between privation and small comforts, gleaned from the rubble of their homeland and under the scrutiny of foreign troops. He fairly accepts his moral burden, yet he presents too the corrective to a caricature of the predicament of Germans after the war; he gets into spats with the British who literally take over his territory, domestic and national, while he finds the Americans less uptight and more congenial. Meanwhile, he travels to many countries as a lecturer in demand, including those who defeated the Axis. Somehow, while guest lecturing at Notre Dame, he crams classes into an early week so as to spend his extended weekends taking trains, perfecting his English and his knowledge of the mores of the Americans. Yet he resists a move, wanting his family to be raised back home under his care.

However, his son winds up on the West Coast when it’s his chance for advanced education. He dies suddenly at the age of 28, after ill-health attacks him on the slopes of Mt. Rainier. His father’s raw reactions to his loss open up Journey, as Pieper receives bad news. This volume continues a casual, almost scattershot, approach to a narrative. He’s always jumping ahead of his story, for, after all, keeping strict chronological order when it comes to sharing memories and incidents, friendships and debates with fellow professors, remains difficult for a self-chronicler. All three sections of his autobiography look ahead and back, thus the summation of them here.

Dramatic testimony to riots in the wake of the death of Martin Luther King, Jr. may ring true now: “The devastation zone ended only five blocks from the White House.” As to the friction which created chaos, Pieper reflects on the struggles between law and disorder: “The whole thing was like a duel!” He’s astute when it comes to noticing what other Westerners might not about conflict and its complicated legacy. Visiting Auschwitz during the slow thaw of the Cold War, he finds information posted in French, English and Polish. But neither German nor Russian. He hears from a sister of Willi Graf how that young student-turned-soldier, executed for “treason” as an anti-Nazi member of resistance group The White Rose, had written in his diary of reading Pieper “about the Christian conception of man.” The author recalls this revelation: “This affected me in two ways. I heard the news and I was ashamed. Some write things and others do them.”

The contents of Journey roam afar no less than his previous segment. Anyone wanting to learn more about his actual books or the gist of his philosophical contributions must turn to them. For Pieper but glances at his texts as they appear, registering translations or editions, and their reception or rejection in academia and sometimes beyond, which understandably catches him off-guard more than once in chance encounters. Farrelly renders, in plainspoken English, Pieper’s tendency to recount his itineraries. He sums up what may have been highlights from journals kept or schedules saved. But the results here lack editorial framing for audiences far less familiar with Pieper’s, literally, life-work. Recommendations would have been welcome in a preface or afterword from this publisher about which of his many books might assist those wishing for guidance into his thought. What remains in Journey are Pieper’s darting reflections.

Still, for anyone aware of the past century, the impact of the period Pieper lives to tell about reverberates in the background. Or as foreground, as revealed by a man who could be frank or reticent. After various odd encounters with his fellow German survivors from the war, he wraps up this last collection of recollections by relating the passing of another beloved one, his wife. “There was not the least doubt in my mind that we were constantly looking at one another, although her eyes were closed.” That moment lingers in the mind of both the writer and reader.

By the fifth Loud Family LP, noise subsides into nuance. …