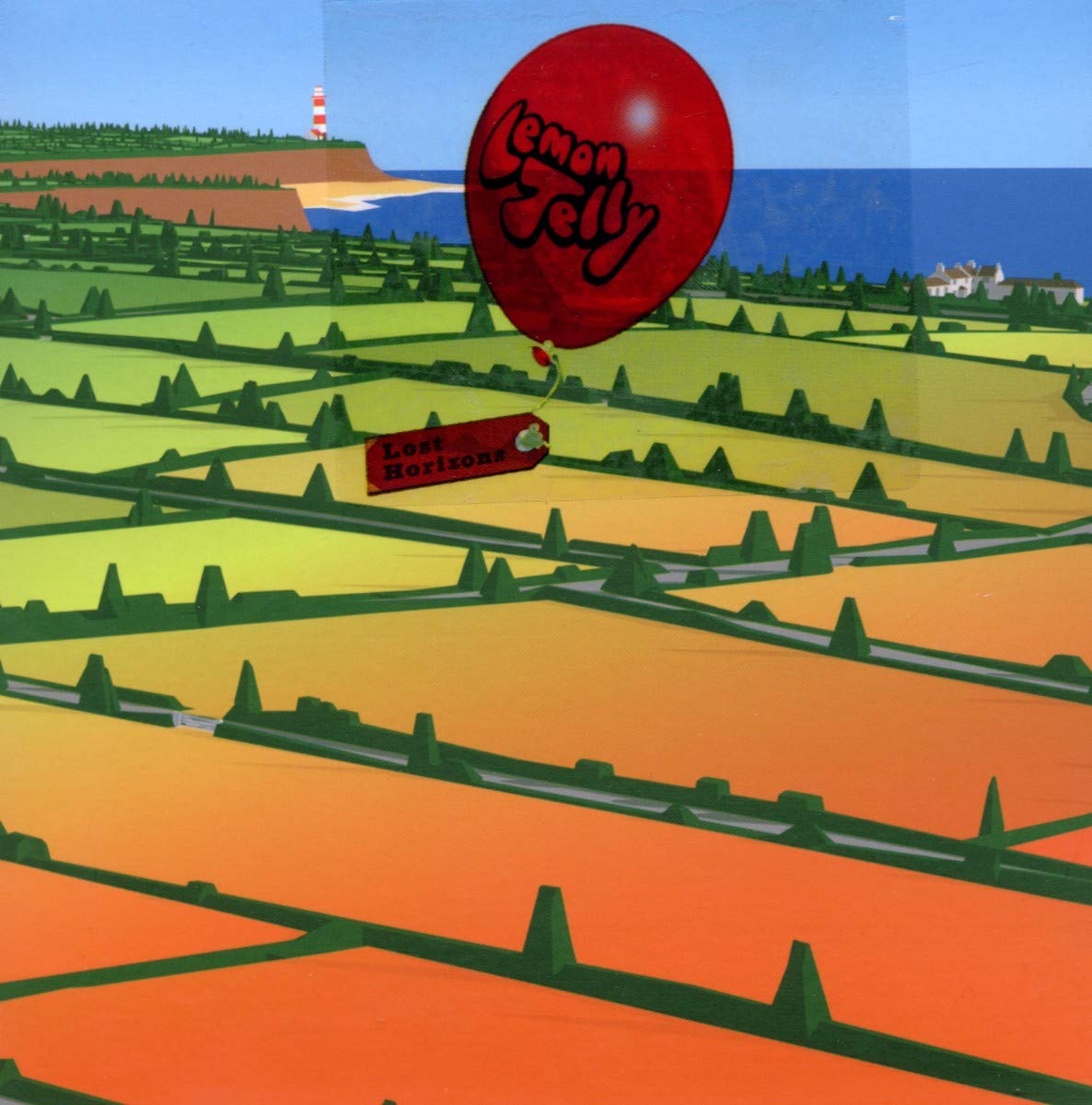 Trawling through the local record emporium can be slightly more difficult in these COVID-crazed days, yet there are wonders to behold in the bargain bin like Lemon Jelly’s Lost Horizons. Released to a mostly unsuspecting public some 18 years ago, its effects can still be felt by DJs and dance floors worldwide.

One of the telltale points of any Lemon Jelly release is the absolute lack of any recognizable information on the cover. Offering nothing to inform potential buyers of who or what was behind this album only added to the mysterious aura of the band. Comprised of Fred Deakin and Nick Franglen, their special brand of electronica was, and still is, more natural than anything else on the market. Using a combination of acoustic and electronic instruments, they created bright sounds with repeated phrases that had appeal beyond typical electronica acts.

The actual album cover is a trifold package that when opened goes from an electronically created image of a city in daylight on the far left to unpopulated land and sea on the right. The inside spread shows a similar trifold image of the city and suburb at night, never actually reaching the water. The disc itself also features a tighter image of the cover, with the only information being revealed on a paper insert on the other side. All this merely adds to the Lemon Jelly aura.

Amidst a blend of acoustic guitars, flugelhorns and synths, “Elements” opens with the voice English actor John Standing listing the world’s basic building blocks, “Earth/ Metal/ Water/ Wood/ And Fire.” Within that slight framework, instruments weave and bob, establishing an ever-changing musical bed. Into the universe, “Space Walk” is tethered to an acoustic piano, while skittering drums enter with vocals courtesy of NASA commander Ed White, recorded during his spacewalk on the Gemini 4 mission.

Serious synths set the tone for “Ramblin’ Man,” a conversation between Michael Deakin (Fred’s uncle), and John “the Ramblin’ Man” Standing, who lists off a series of locations for the aforementioned rambles. Jazz is the dominant theme of “Return to Patagonia,” with drums lightly swinging for the sax, bass and piano. The track opens with lines from the 1974 film Swallows and Amazons, with a child asking, “Where are we?” and a woman replying, “We’re in London.” Yet this is a swinging London, Damian Hand’s sax solos framing a piece that threatens to get swept up into the electronic maelstrom surrounding them.

Perhaps the quintessential Lemon Jelly moments occur on “Nice Weather for Ducks.” Opening with natural ambience of thunder, Enn Reitel begins to sing “All the ducks are swimming in the water,” followed by light, bouncy guitars and later pianos. Briskly but gently, the instrumentation is augmented by synths, as listeners get caught up in a summery reverie aided by the introduction of trumpets. By song’s end, we’re back to the same voice and thunder from the opening, the reverie complete.

The scratch of needle on record begins “Experiment Number 6,” a dark track featuring a doctor charting the effects of an unnamed drug on a patient. Synths swirl and saxes lay out an off-kilter groove while the patient goes from normalcy to euphoria and eventually death.

Thankfully breaking the mood, “Closer” is a bouncy mid-tempo dance track suggesting so much with just the repeated, gentle outlining the benefits of closeness that would be out of bounds in the current COVID-19 climate. Based on a couple of bright keyboard phrases, the song plays with the dynamics of sound pushing different instruments to the fore. The jazzy drum loop and two-part harmony chorus of “The Curse of Ka’Zar” close the album. While vocals push the song forward, an assemblage of horns also adds to the swaying groove fest that turns huge as the song wends its way down the road to its conclusion.

If heaven is a place, there are going to be times when I want Lemon Jelly to be my soundtrack. Semi-serious, semi-silly, Deakin and Franglen are never less than totally intriguing, charging their soundscapes with a sense of naturalistic color often lacking from the dance floor. Being able to snap up a copy of Lost Horizons online (social distancing dontcha know) for less than a fiver is a bet worth taking any day of the week.