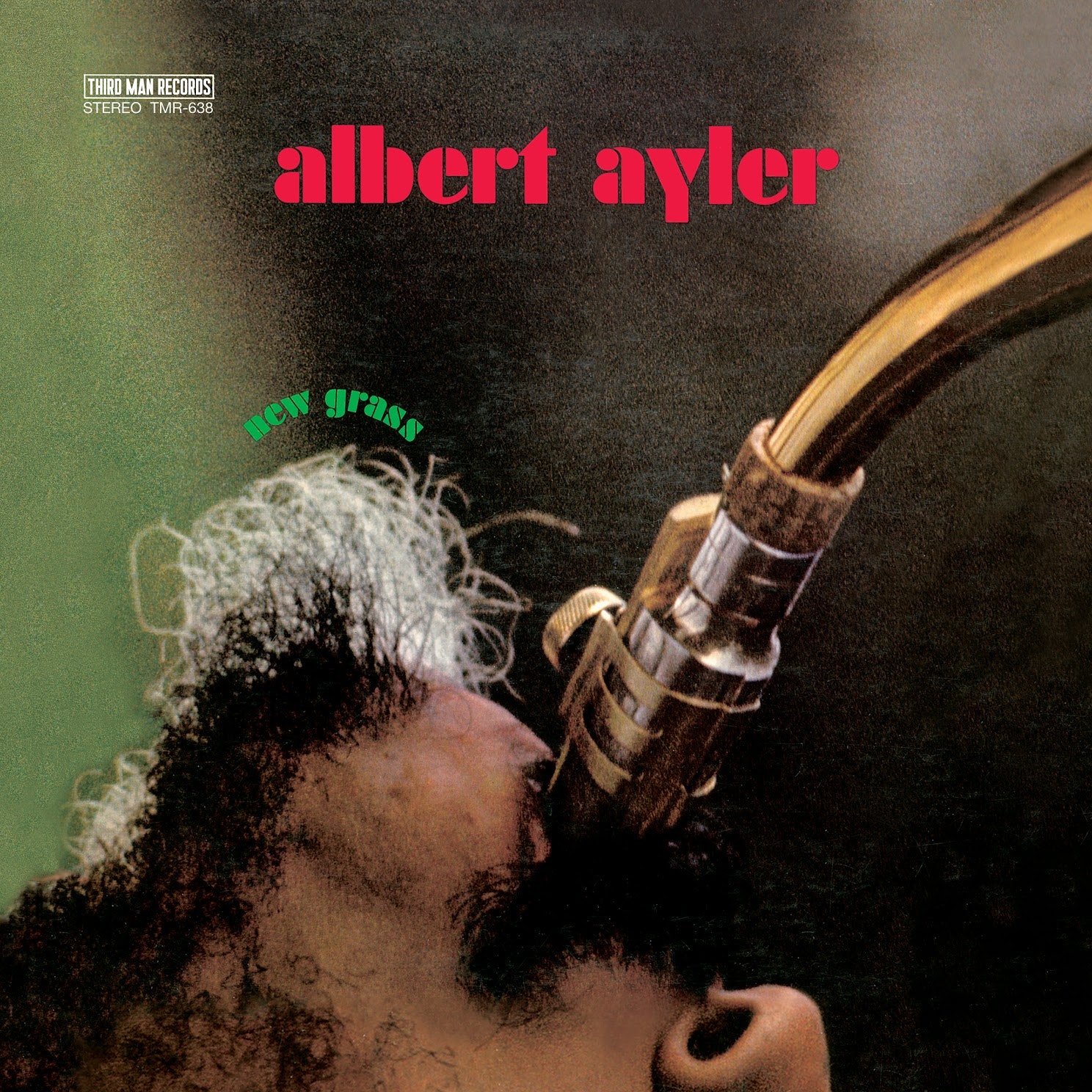 What if one of your avant-garde heroes unexpectedly co-opted a sitcom? That’s kind of what fans of iconoclastic saxophone legend Albert Ayler experienced when he released New Grass in 1968. Ayler had forged an uncompromising, challenging free-jazz aesthetic with recordings on ESP and Impulse, but he went R&B for some reason, and more than 50 years later, the album is still a head-scratcher. A new vinyl reissue from Third Man Records grants this infamous career shift a 21st-century reassessment, but this is no lost masterpiece; the album remains a fascinating failure.

Born in Cleveland in 1936, Ayler grew up steeped in bebop and church music and got his professional start with bluesman Little Walter and Louisiana R&B singer Lloyd Price (“Personality”). But when he found his own voice, his furious approach, the very definition of “energy music,” was put in service of the search for a higher plane—something that, with simpatico bandmates such as bassist Gary Peacock and drummer Sunny Murray, he’d find on albums like the 1964 landmark Spiritual Unity.

New Grass, on the other hand, seems to reveal an incomplete search for a new direction. Opener “Message from Albert” is the kind of cathartic tenor skronk Ayler was best known for. Anybody listening to him in 1968 would have found this no surprise, but it’s in some ways a kiss-off. When the wailing’s over, Ayler speaks: “Through meditation, dreams and visions I have been made a universal man through the power of the Creator, who made us all. The music I have played in the past I know I have played in another place at a different time. And I was sent once again to give the people of Earth a spiritual message […] we must restore universal harmony.” He ends with a warning. “Praise to the Lord, repent, pray again, and repent. Please do that for your sake,” he pleads, as a horn chart bends to a slightly sour note.

What the what?! Ayler’s searching tone is unmistakable, but he uses it in the context of what sounds like a fevered revival hymn. Really, it’s not that far off from the way Spiritual Unity begins, but this is something else. With chorus lyrics like “sock it to me,” which came out of Aretha Franklin’s “Respect” and was popularized on the television comedy Laugh-In, it’s the equivalent of pulling off a Drake meme or a Simpsons quote. It’s corny and joyous and totally effective. If the aim was to get his music and message to as broad an audience as possible—not for money, but to communicate spiritual healing to everyone—then this is the track that would have done it. On an R&B record from any veteran soulman of the time, it might have been no more than a terrifically catchy tune with a pandering slogan (“New new new generation!”) trying to reach the kids. However, in the context of Ayler’s career, it’s an irresistible and radical conceit. What if genre distinctions are a divisive sham? What if all music is in the service of God?

For a few tracks, Ayler sustains this idea. “Sun Watcher” achieves something like the synthesis Ayler seemed to be after. It begins with Call Cobbs’ organ laying down a church-like foundation for a sax line that could’ve come from a traditional spiritual. Drummer Bernard “Pretty” Purdie delivers an R&B beat that wouldn’t sound out of place in a juke joint, and Ayler, after starting out coloring inside the lines, reaches for flights of fancy that unite wildly diverse traditions into one finger-snapping, heaven-seeking, seven-and-a-half minute instrumental statement.

It helps that it’s an instrumental. The broad pan-genre embrace of New Grass would be easier to take if it weren’t for cheap slogans like “Heart Love,” marred by lyrics (again from Parks) that are if anything even cornier than “New Generation.” It’s too bad, since the music otherwise traverses a thin line between bar-walking and the avant-garde, albeit heavily leaning towards the former. The closer “Free at Last” again resorts to easy, timely slogans and music that for the most part sounds a lot like something an ad exec dreamed up to try and sound hip for the kids. Yet over all this, Ayler does his thing, playing like his impassioned tone is the easiest thing in the world to dance to.

The tension between his decidedly uncommercial tone and the trend-setting beat is kind of funny, but it’s also slightly unsettling; it’s the sound of money rubbing up against the sound of art. Ayler, perhaps naively, thought the two could be unified, but New Grass was a critical and commercial flop. The saxophonist would record one more album, Music Is the Healing Force of the Universe, which largely dropped the R&B impulse save for the honking blues of “Drudgery,” the perhaps-aptly-titled closing track. On November 25, 1970, Ayler’s body was pulled out of New York’s East River, and there were long rumors that Mafia figures had tied him to a jukebox. Comedian Redd Foxx once told Ayler: “Play what you believe in.” Ayler doesn’t play a false note on the album, but you can’t say the same about his bandmates, and that’s why it remains a flawed curio.