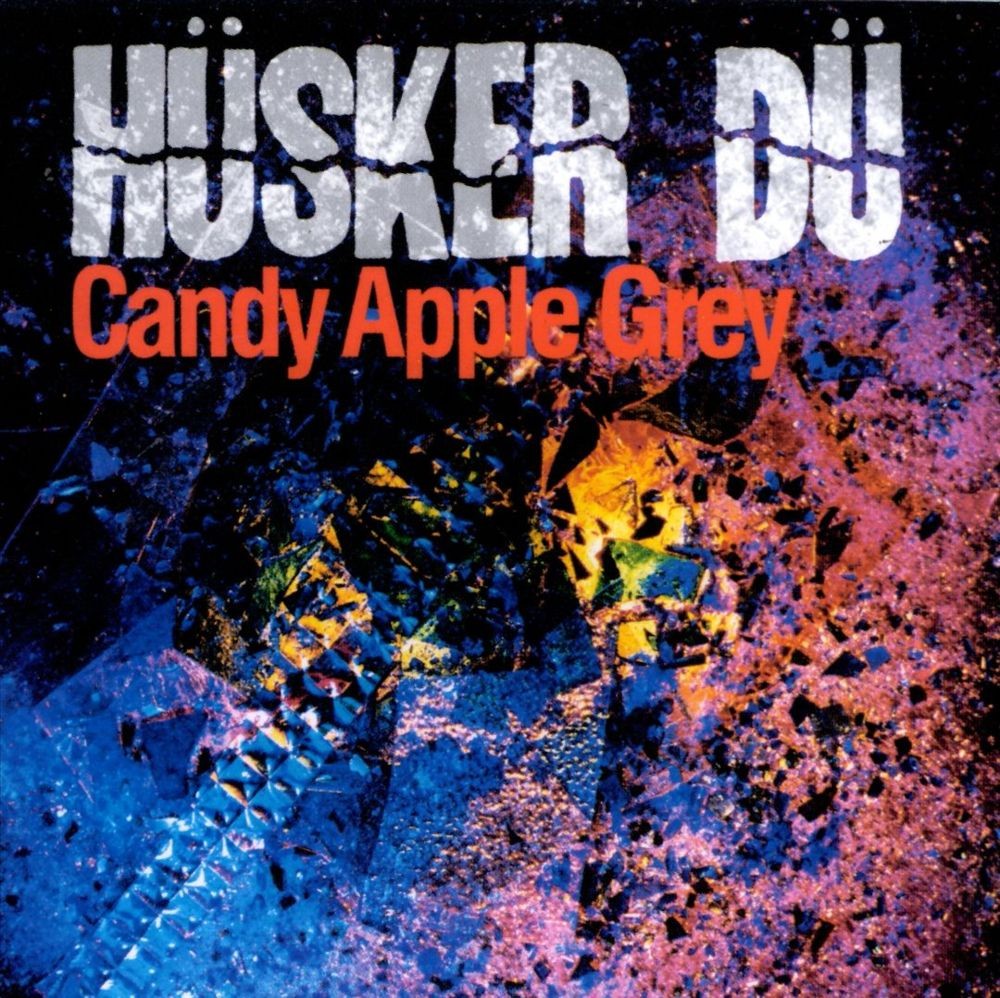 In re-tellings of the story of Hüsker Dü, not much time is given to Candy Apple Grey. In his recounting of American underground rock of the 1980s, Michael Azerrad barely mentions the album; it appears mostly as a bit of trivia about how Warner Brothers didn’t want to release it when the band also had Flip Your Wig ready to go. In his memoir, Bob Mould is dismissive of the album; he calls it incomplete and has kind words for only three of the album’s 10 songs. This is a weird situation, given that it was the venerable underground band’s first foray into the mainstream music industry. Most albums like this provoke a reaction, whether that be proclamations of assured maturity from critics or condemnations from longtime fans over selling out. Instead, Candy Apple Grey’s legacy seems to be that it doesn’t have much of a legacy.

Upon listening to the album, it becomes clear that Candy Apple Grey isn’t the huge sonic leap forward that one would expect from a major label debut. With a handful of exceptions, the album sounds pretty much as one would expect. The guitars are loud, the tempos are mostly fast, and Mould and Grant Hart take turns in front of the microphone. The only major difference is in the strength of the guitars and drums, which don’t sound nearly as thin with Mould and Hart behind the boards than they did when SST Records’ in-house producer Spot was calling the shots. What’s clearer is that, in terms of the songs on Grey that sound most like vintage Hüsker Dü, Hart’s work is far more engaging than Mould’s. The likes of “Eiffel Tower High” and “I Don’t Know for Sure” come across as rote exercises, the kind of songs that Mould could have probably written in his sleep at this point. Hart, on the other hand, produced two of the band’s best songs in the anthemic, driving “Don’t Want to Know If You Are Lonely” and “Sorry Somehow,” one of the band’s more under-appreciated symbols. The divide between Hart and Mould has never been starker than it is on this album: one seems to enjoy being in Hüsker Dü, and the other seems ready to move on.

This is only further emphasized by Mould’s contributions that don’t have that recognizable Hüsker sound. Mould’s key songwriting contributions (and the only two songs he seems willing to revisit in his solo career) signaled a shift away from the loud, fast hardcore that had, up until this point, been the band’s bread and butter. Both “Too Far Down” and especially “Hardly Getting Over It” display an emotional maturity and resonance that isn’t as obviously present in Hüsker Dü songs. By turning down the volume and letting the words speak for themselves, Mould opened up a new dimension in his songwriting, one that he would explore more fully in his solo work and with Sugar. Hart tries to slow things down and show a more sensitive side, as well, but “No Promise Have I Made” suffers both from Hart’s weak vocals and the fact that the song seems kind of underwritten in comparison to the twin Mould masterpieces that precede it. In comparison to the relatively monochromatic nature of albums like New Day Rising and Flip Your Wig, Candy Apple Grey stands out in its attempts to evolve the band’s sound. It’s awkward growth, but it’s growth nonetheless.

Even so, these forward steps don’t stop the album from sounding like a Hüsker Dü record, and that is perhaps the greatest failing of Candy Apple Grey. Because it wasn’t a seismic shift in style for the band, it could only be judged by what came before it. When you do that, as Mould did in his memoir, the songs just don’t quite measure up in comparison. Mould was at this point clearly outgrowing the sonic limitations of the band’s signature sound, and Hart—who was dealing with drug problems during the making of the album—was too inconsistent of a songwriter to shoulder the load on his own. Despite the pleasures it provides, Candy Apple Grey is the kind of album that ends up being forgotten for a reason: neither great nor a disaster, its highs are too few and far between to keep inviting people back, and its lows aren’t low enough to mark it as the point where everything went wrong.