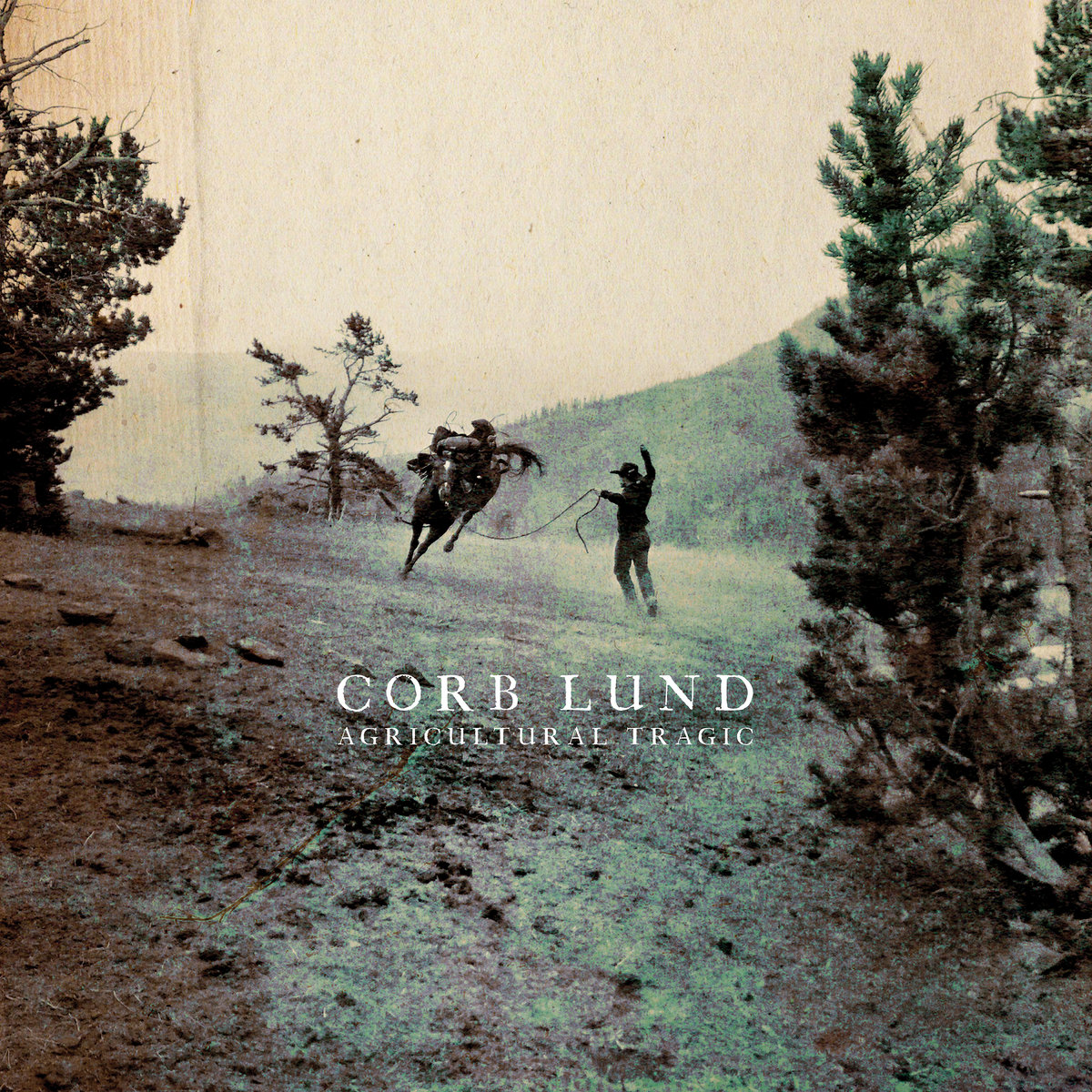 The cover – not to mention the album title itself – would have you think Corb Lund’s Agricultural Tragic would be a rather subdued, if not downright dour affair. But that notion is irrevocably shattered as soon as opening track “90 Seconds of Your Time” kicks into gear, updating the basic idea behind Lynyrd Skynyrd’s “Gimme Three Steps” and the smooth-talker trying to get out of a rather nasty situation. It, like much of the album, is laced with more than a little bit of humor, something that more or less serves Lund well throughout (the lone exception being the somewhat eye-rolling closer “Tattoos Blues”) and helps make Agricultural Tragic anything but.

Lund has long since proven himself to be a stellar writer in all facets of roots music, something he continues to explore here. There are plenty of songs about horses and cowboys and whiskey – all genre staples – but in Lund’s hands they manage to transcend mere genre tropes. “I Think You Oughta Try Whiskey” is a rousing, Bakersfield-inspired duet with Jaida Dreyer in the classic country model that makes one hope for a future album-length pairing from these two. Theirs is an easy back-and-forth that recalls such great pairings as Porter and Dolly, George and Tammy, and Conway and Loretta, albeit with a much more modern repartee (think more along the lines of John Prine and Iris Dement on “In Spite of Ourselves” and you’re halfway there).

“Louis L’Amour” romanticizes the cowboy life recounted in countless books by the titular author. It’s about as overtly cowboy in the mythological sense as Lund gets here, celebrating life on the plains in the traditional sense, well before the current struggles plaguing certain segments of the population (i.e. meth and its myriad associate problems), things Lund leaves to the song’s parting line, bringing the listener back into the present, the romantic ideal of life on the range having been wholly destroyed by the passage of time and encroachment of modernity.

As with any proper agricultural-themed record, Agricultural Tragic relies heavily on the image and reality of life with horses. “Raining Horses” finds the protagonist experiencing a surfeit of horses – “‘round here it ain’t cats and dogs, but colts that hit the ground” – while “Never Not Had Horses” follows a woman through the course of her life from having grown with the animals through the harsh realities of keeping and caring for them as age and the harsh realities of adult life ultimately tank that childhood dream. The latter is an aching ballad that will no doubt resonate with anyone who’s “marked [their] time with [animals] that [they’ve] loved,” whereas the former offers up a much more lighthearted look at the inverse situation of having and not wanting to part with more animals than you know what to do with.

By and large, Agricultural Tragic is a surprisingly rollicking, guitar-driven album of uptempo numbers along the lines of the stellar “Ranchin’, Ridin’, Romance (Two Outta Three Ain’t Bad),” a song that takes Lund’s realistic rancher aesthetic and places it firmly within the confines of the honky tonk. It’s one of many highly enjoyable moments afforded by an album largely lacking in the proffered notion of tragedy. In keeping with this, “Rat Patrol” offers up a rock-a-billy take on pest control that gives Deke Dickerson a run for his money both lyrically and musically, particularly when he gets to the spoken-word interlude. In all, Agricultural Tragic is another in a long line of highly enjoyable releases from the Alberta-based troubadour.