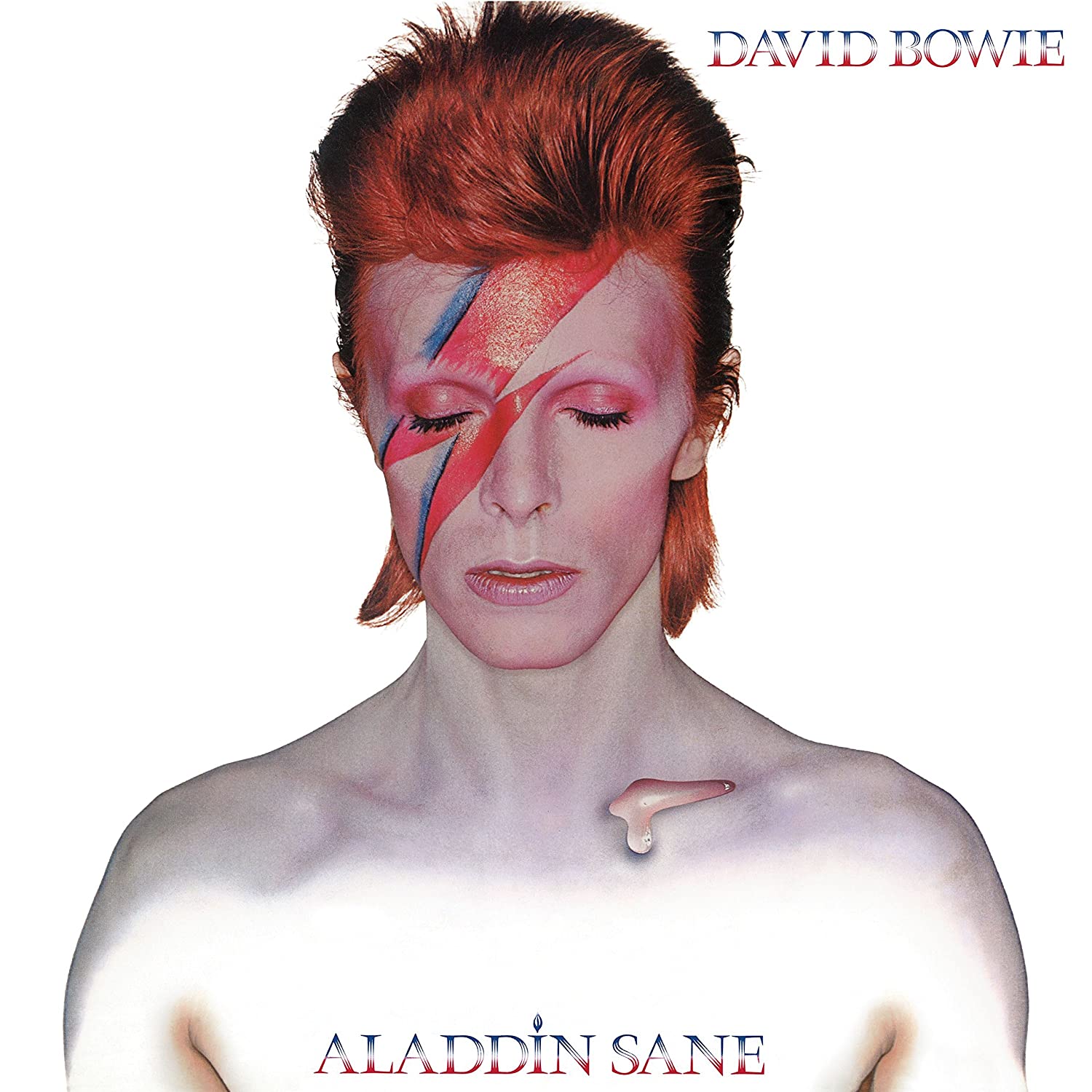 In many ways, Aladdin Sane was more of a gamble than Ziggy Stardust was one year earlier. It’s one thing to attempt to achieve pop stardom and ubiquity; it’s another proposition entirely to maintain that status. What’s more, Ziggy was such an all-consuming character and identity that moving on from it was about as difficult a task as one could take on. Bowie himself was aware of this, commenting after the fact that anything he ended up doing would end up being “Ziggy part 2.” What’s more, Bowie’s time following Ziggy involved relentless touring of America in an attempt to make Ziggy as much of a phenomenon in the States as it was in the UK, and he was perhaps as focused on rehabilitating the careers of his heroes Lou Reed and Iggy Pop as he was on figuring out his own next step. Therefore, it shouldn’t be a surprise when Aladdin Sane comes across as a bit of a shaggier dog than its predecessor. That it often hits the same heights as Ziggy is largely a testament to just how good Bowie was.

Wisely, Bowie didn’t repeat one of the key designs of Ziggy Stardust while creating Aladdin Sane. While he created the titular character as a new identity–one separate from Ziggy but still essentially Ziggy in many respects–the album isn’t a loose concept of Aladdin’s origins. In fact, there isn’t much of a cohesive idea on the album at all. Half the album works as a continuation of the hard-stomp glam that Bowie perfected on previous albums; “Watch That Man” and “The Jean Genie” in particular fit this bill. But then you have a more experimental side of Bowie which appears on the title track and pops up again throughout the album. Here, Bowie appears to be disinterested with the rigid rhythms of glam; his artistic eye is drawn to a freer, more improvised method of composing songs. It isn’t quite jazz, but it’s not quite pop, either. In this regard, Aladdin Sane is still an exciting proposition close to 50 years after its release. For a star in a defined genre at his commercial peak, the album demonstrates a willingness to switch things up and experiment with new ideas and sounds that one doesn’t always see in Bowie’s glam contemporaries.

That freedom comes at a price, though. The fact remains that, for its merits, Aladdin Sane comes up somewhat short in comparison to Ziggy Stardust and even Hunky Dory. Without any sort of throughline, either narrative or musical, one gets the impression that Aladdin Sane is little more than a collection of songs thrown together to tide fans over until Bowie’s next big project. Indeed, that’s sort of what it was; Bowie’s next release was an ambitious, multi-media attempt to escape the trappings of his glam character in what would eventually become Diamond Dogs. Still, between the disparate styles and disconnected songs–not to mention that cover of “Let’s Spend The Night Together” which continues to baffle listeners to this day–there’s enough to suggest that Aladdin Sane should be regarded as a lesser work in Bowie’s vast canon.

Yet, we don’t regard it as such, and that comes down to the songs themselves. Sure, they may not blend together all that well, but it’s an unavoidable fact that Aladdin Sane has a few stone-cold classics. “The Jean Genie” has stood the test of time to become one of the all-time glam standards, and the likes of “Cracked Actor” aren’t far behind. Even the more loose tracks have an energy to them that sucks listeners in, such as on “Panic in Detroit” and the utterly strange “Drive-in Saturday.” And while Bowie’s slower tracks here don’t quite have the power of something like “Rock & Roll Suicide,” “Lady Grinning Soul” comes about as close as he would get to equaling it during his glam period. In fact, aside from the Stones cover, there simply isn’t a bad song on this album. It may simply be a collection of pop songs, but Aladdin Sane is one of the best collections of pop songs of its era, and that’s nothing to sniff at.

Aladdin Sane is many things at once, such was the result of the different directions that Bowie was being pulled in at the time. It’s something of a holding pattern, yet Bowie also found room to experiment with different rhythms and ideas that would manifest themselves fully once he abandoned glam for plastic soul in a few years. It’s relatively modest in its aims insofar as it doesn’t strive to tell some grand, overarching story, yet it contains some of Bowie’s most timeless work because of it. Underneath that iconic album cover is a piece of music that is stranger than people remember, and even if it’s slightly harder to love than some of Bowie’s other classics, Aladdin Sane is fascinating nonetheless.