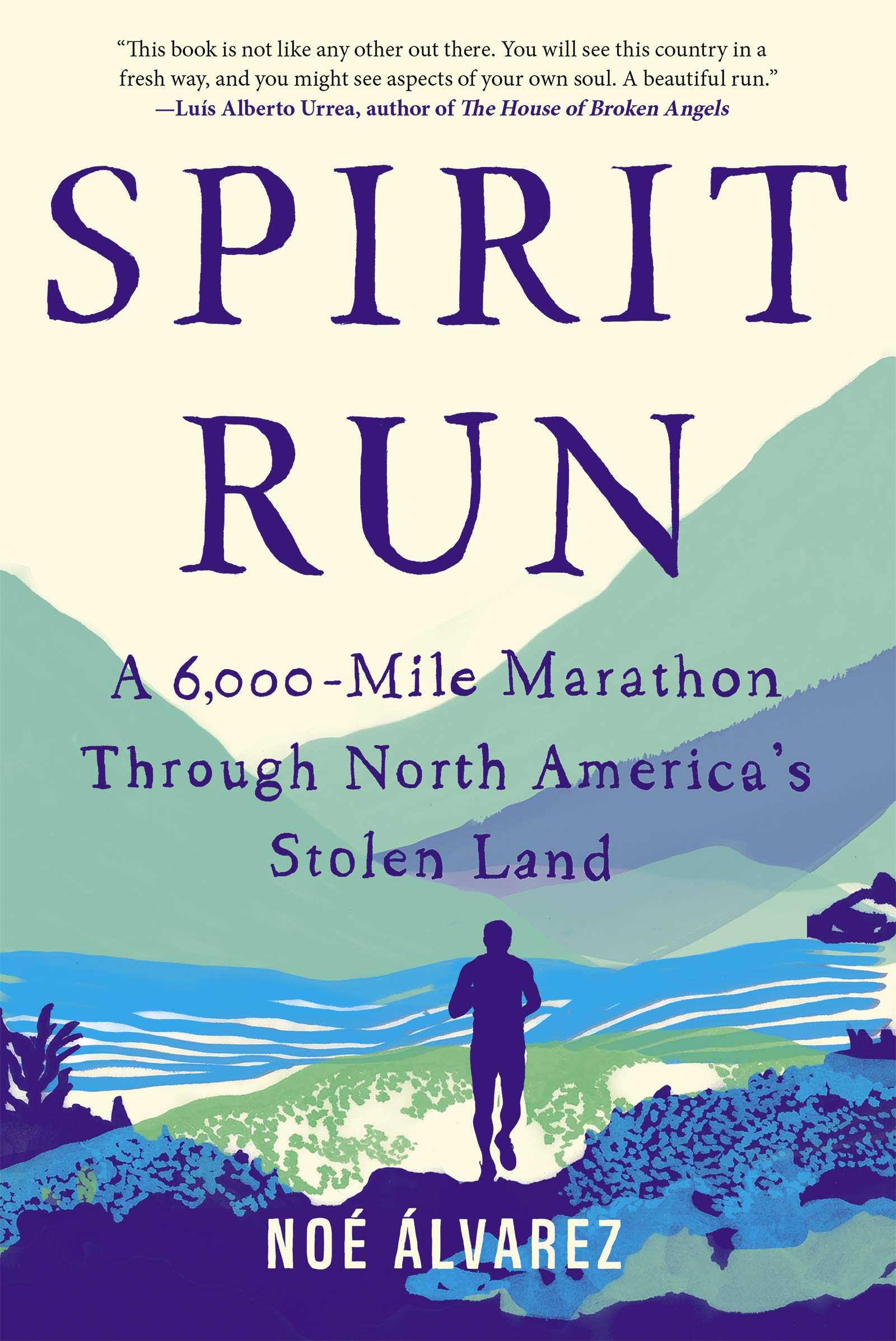 Noé Álvarez’s Spirit Run: A 6,000-Mile Marathon Through North America’s Stolen Land is a massive bummer of a read. This is, of course, the intention, as it details the immigrant experience in tandem with an absolutely insane ultramarathon that spans from Alaska to Central America. Run in shifts by a series of Indigenous Americans from across the geographic spectrum of the route, the Peace and Dignity Journey marathon is meant to raise awareness of the plight of Native, Indigenous and First Nations people in an attempt to bring healing to the affected communities and the individuals taking part in the run. It’s a powerful mission statement that relies on individually extreme measures to get its point across. However, it’s unlikely most people who don’t live in and around the route making up the Peace and Dignity Journey have heard of this testament to human endurance in both the literal and figurative sense.

The history of North America is a clusterfuck of atrocities committed by foreign invaders over several centuries across the whole continent. Spirit Run takes into account only the westernmost half of the country (primarily the Pacific Northwest and West Coast), Mexico and, briefly, Central America. The individuals taking part in the run are almost all descended from people directly impacted by massive displacement at the hands of Europeans and, in the modern era, the atrocious treatment of immigrants from south of the border. It’s a lot to unpack, and Álvarez doesn’t even try to get into it all, instead focusing on the individuals he met when running the majority of the route in 2004. Children of immigrants and First Nations, all of whom have their own physical, emotional and psychic scars from the lives they’ve led, make up Álvarez’s narrative, which intersperses the horrors experienced by his first-generation immigrant parents and himself along the way.

The trouble with Álvarez’s approach is that there often isn’t a clear narrative throughline, instead relying on a series of seemingly unrelated tangents that often seem as though they are going somewhere but ultimately result in a storytelling dead end. His aims are noble and ambitious. There just doesn’t always seem to be a real-world example to back up his purported points.

This isn’t to say Spirit Run is a failure by any means. Rather, it raises a number of poignant issues throughout and, as intended by the run itself, brings to light the trials and tribulations of those displaced individuals desperately searching for a reconnection with the lives of their ancestors, making peace with the cultural, emotional and physical devastation their people have experienced over the last several hundred years. His recounting the run itself almost becomes secondary to the main, overarching point: his almost impressionistic, poetic recounting of experiences along the route, which are often more interesting and fully-realized than his attempts at broader social commentary.

Because of this split narrative approach—part ultra-marathon memoir, part social justice examination—Spirit Run often feels at odds with itself in terms of what it’s trying to accomplish. Much like the run itself, its intentions are noble, but the interpersonal struggles between the disparate individuals and cultural beliefs carried therein can muddle the message. When he leaves the run just shy of Guatemala after experiencing excruciating knee pain and general disaffection, it leaves the reader wondering what, exactly, the point of the whole exercise was. In a post-script, Álvarez explains his subsequent work for a number of social causes across the globe, making his ultimate revelations rewarding. But it comes a little too late to make Spirit Run a recommended read.