January 27, 2021
Home Books The Loneliness of the Long-Distance Cartoonist: by Adrian Tomine 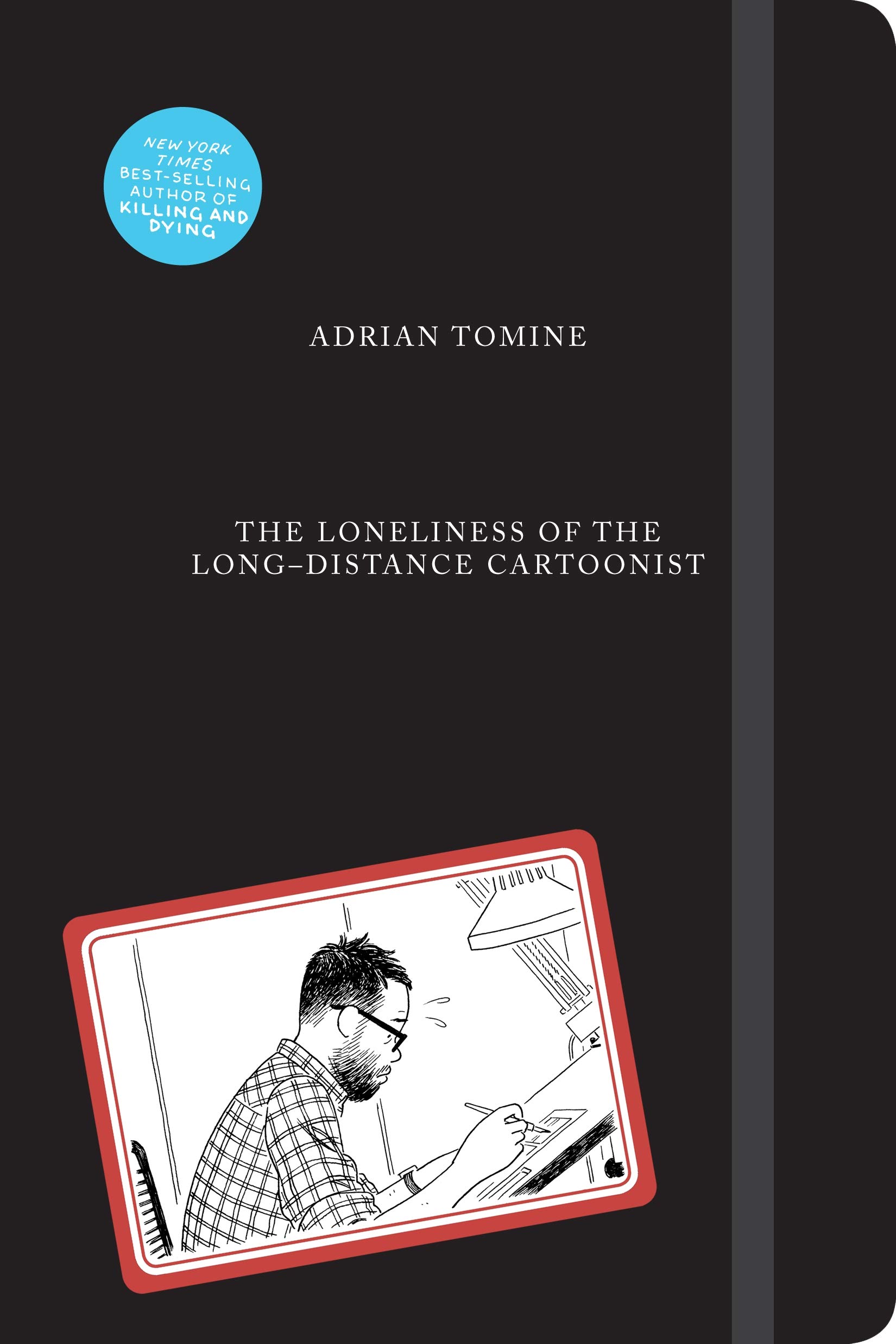 Adrian Tomine creates the kinds of comics that inspire others to want to make comics. Working in short, self-contained stories, he elevates the form like the work of the Hernandez brothers or Daniel Clowes. Two previous collections, Killing and Dying and Shortcomings, are literary works of the finest order and his creative touch has extended to The New Yorker, where he crafts many of its stunning covers. He has attained the kind of respect and success we all crave in the arts, making his new memoir, The Loneliness of the Long-Distance Cartoonist, an object of curiosity with the potential to instruct how such a career can be obtained. It contains those answers; they just might not be the ones you want.

The book begins with a quote from Clowes about being a famous cartoonist: “That’s like being the most famous badminton player.” The tone is therefore set for a memoir full of slights, self-deprecation, casual racism and self-inflicted wounds from the life of a man who knew he wanted to be a cartoonist from his earliest moments and became something of a wunderkind when he started publishing comics in Pulse! magazine and Drawn and Quarterly as a teen. But, it is also the chronicle of a man maturing through the pitfalls of a dream life that begins in solitude and ends in fatherhood. Gen X-ers will find themselves reflected here though you may have fewer obsessive fans to contend with.

The cartoons in Tomine’s last two collections have shown a range from multi-panel pages to intricate illustrations working in conjunction with more formal prose. For his memoir, he has chosen simple black and white cartoons laid out on graph paper that depict major and minor milestones of his life. Simple figures and settings fill the panels, but the humor and pathos within show a master craftsman unburdening himself of old wounds. The book itself is packaged like a black Moleskine notebook that one must assume Tomine uses daily, an unstated lesson on the importance of being one’s own chronicler no matter how insignificant an event may seem. It also makes plain the value of practice.

Like any good origin story, this one begins with an inciting event. There’s no gunshot in Crime Alley or radioactive spider on the descent but an overzealous boy starting a new school in the Fresno, California of 1982. Young Adrian is introduced to his class, and when prompted by his new teacher, he explains he wants to be a famous cartoonist. The teacher supposes he means Walt Disney, but young Adrian quickly corrects, explaining he means Marvel Comics artist John Romita. When his classmates laugh, he calls them “stupid idiots,” displaying magnificent courage in the face of a mob while marking himself for the abuse his peers lay on him in the next few panels. Anyone who has ever bled after battling bullies in the age before the ubiquity of superhero entertainment will experience a poignant sense memory here.

Tomine leaps forward to 1995 and San Diego Comic-Con, where he expects to find kinship with its assembled community of creators. As with so many of the events depicted throughout the memoir, internal fantasy clashes with harsh reality. Whether it is an interview on NPR’s “Fresh Air” or a bout of lactose intolerance during an impromptu date, internal and external forces conspire against Tomine. In this case, he arrives at the con with a fresh contract from Drawn and Quarterly in hand and noteworthy clippings in his pocket. He is an artist of the moment, but a panning review in the The Comics Journal and a couple of derisive dickheads at an after-party leave him in a ball in his hotel room swearing off the wonders of Comic-Con forever. Loneliness is preferable to bullying from people he believed were of his ilk, but he puts it all behind him when nominated for an Eisner the following year.

Clashes with comics fans and comics culture are an ongoing theme throughout the book. Tomine is a Japanese-American and the casual mispronunciation of his last name is a running, unanswered gag. He is mistaken for technical support at Clowes’ house by an older, White cartoonist who arrives late for a gathering of artists. The glory of book tours are demystified when the owner of a comic shop in Albany calls some friends to appear at an empty signing and pretend to be fans. A stalker confronts him about a change in his style of drawing. And the shadow of Neil Gaiman darkens group events, reminding Tomine that the longest lines are never for him, especially when he’s trying to impress his future wife.

Villains manifest, like event organizers and Frank Miller, but Tomine never shies away from the part his own fears and insecurities play in his navigation of the world. Self-confession can be difficult to witness at times but it represents a specific bravery that allows for identification and catharsis particularly when loneliness, love and parenthood become its focus. He offers glimpses of some of his most difficult moments—ones we’ve all tread—that conclude with either a well-earned laugh, awkward silence or a universal cringe.

What begins as the defiant declaration of a child to pursue a life he can barely understand evolves into the story of a man contemplating his own mortality as a father and husband during a health scare. Loneliness was a byproduct of the isolation required to make art, an obsessive pursuit that leaves little room to imagine a fuller kind of life. But life habitually challenges habits solidified in reclusion, and it’s the process of adaption that’s the tale worth telling. The acclaim Tomine’s work has received is a testament to his talent as a chronicler of the human condition. The Loneliness of the Long-Distance Cartoonist shows that the secret of his ability starts with being veracious with his own heart.

Skin: A History of Nudity in Movies

There is no consistent throughline other than that of nebulous nudity. …