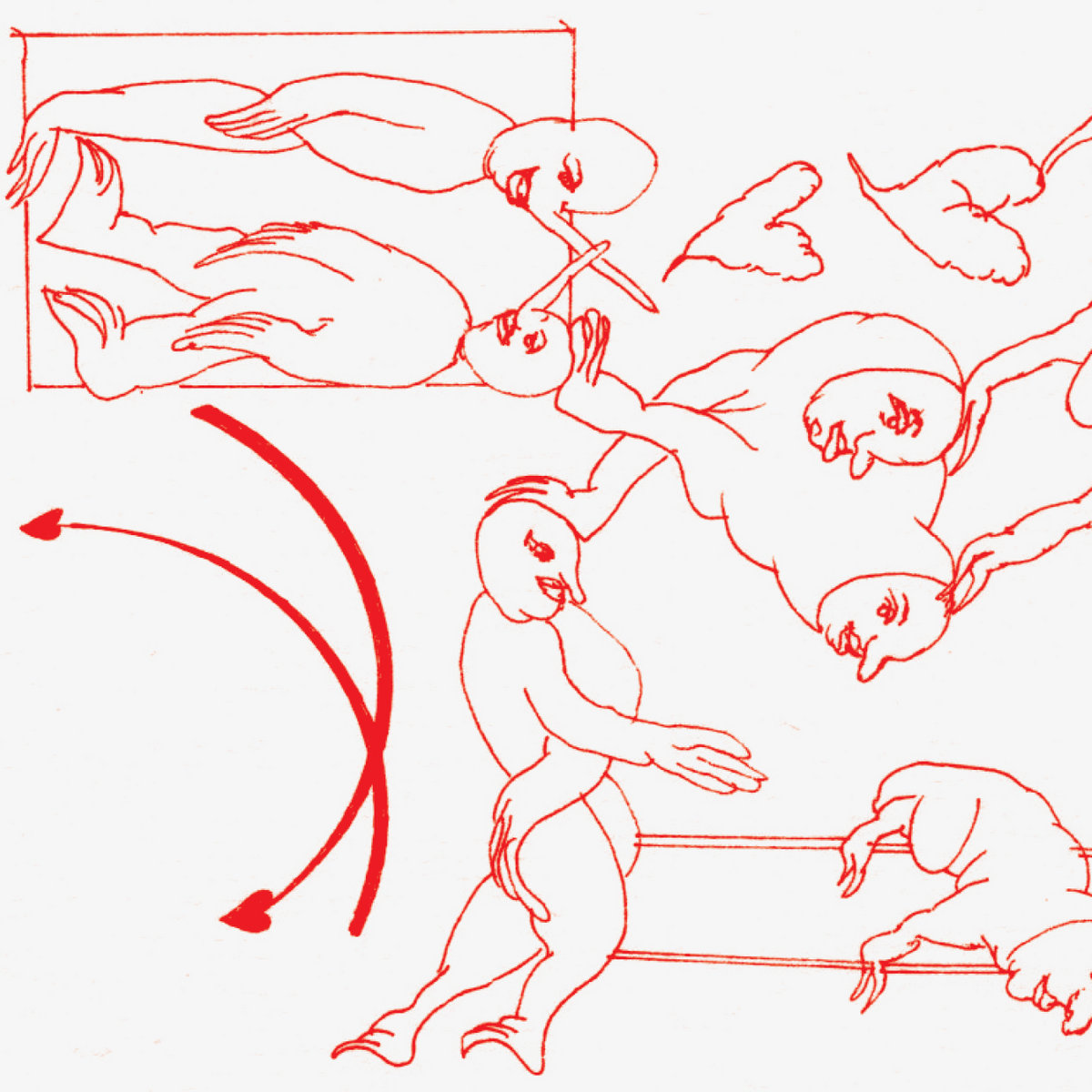 This weekend, New York Times Magazine writer Jay Caspian Kang launched a Twitter kerfuffle when he declared that nobody really enjoys Sonic Youth and Slint and that the most genuine music consumers are there for the Dave Matthews Band. Your mileage, etc. But if that’s what one thinks of indie bands with moderate commercial success, what of the experimental underground? Fortunately, the Belgian label KRAAK’s new cassette anthology of its sprawling roster suggests that, just maybe, it’s experimental musicians that have the most fun.

It starts with the kind of benign electronic drone that you might expect from such a comp. Köhn teases the listener, who might be startled at the title, “4 Hours,” but the cheeky parenthetical “(4 minute edit)” may come as a relief. Search engines have not yet determined that there really is an extended mix, but the soothing timbre is just fine for its single-length duration.

The most revelatory mixtapes take advantage of the multi-artist format to surprise the listener and open their ears. How does KRAAK follow up such a pleasantly somnolent hum? With a playful spoken word piece by Italian artist Giorgio Dursi. “The Song of Hypothesis” begins with “what if?” and proceeds for three minutes of comic call-and-response with organ, percussion and what sounds like a round of Space Invaders. It’s a hoot, and a meaningful one: the juxtaposition of this with the somber opening track says all you need to know about KRAAK. Its name sounding like onomatopoeia for a home run or a twisting of knuckles, the label is a sound lab for artists whose sense of adventure includes a generous dose of humor.

The non-sequiturs abound through 18 tracks, helped along by varied instrumentation. Orphan Fairytale’s “Aeolus & Astraeus” uses mildly amplified strings to evoke something not far from Popol Vuh’s scores for Werner Herzog. Ignatz’s “You Can’t See Me” uses acoustic guitar, spacey keyboards and haunting vocals to forge a restrained psych-folk mood that in this context passes for a hit single. Ameel Brecht’s concise instrumental “Stay Up All Night” is a finger-picked showcase right out of the American Primitive guitar school. Lieven Martens’s “Dust (excerpt)” comes from field recordings the artist made near Mount Vesuvius, and while it’s not strictly musical, it shapes the world’s sounds into something of modest beauty and rhythm.

In addition to its musical output, the label produces an online journal called The Avant-Guardian, featuring interviews with artists who contribute playlists of what’s getting them through the COVID-19 crisis. Consider their music another way to cope. From gentle acoustic melodies to electric sludge to spoken-word games, there’s no one recipe for the successful KRAAK-ite. Despite its rag-tag, pan-genre approach, there’s a unifying sense of a community where individuals unite to freely express their unusual sonic vision. Even if you’re unfamiliar with its artists, as is likely, KRAAK’s 10s & 20s is an inviting and accessible introduction to the world of Belgian experimental music. While the scene may seem forbidding, especially to the mainstream-minded outsider, take a chance; the music, and the people, are friendlier than you might think.