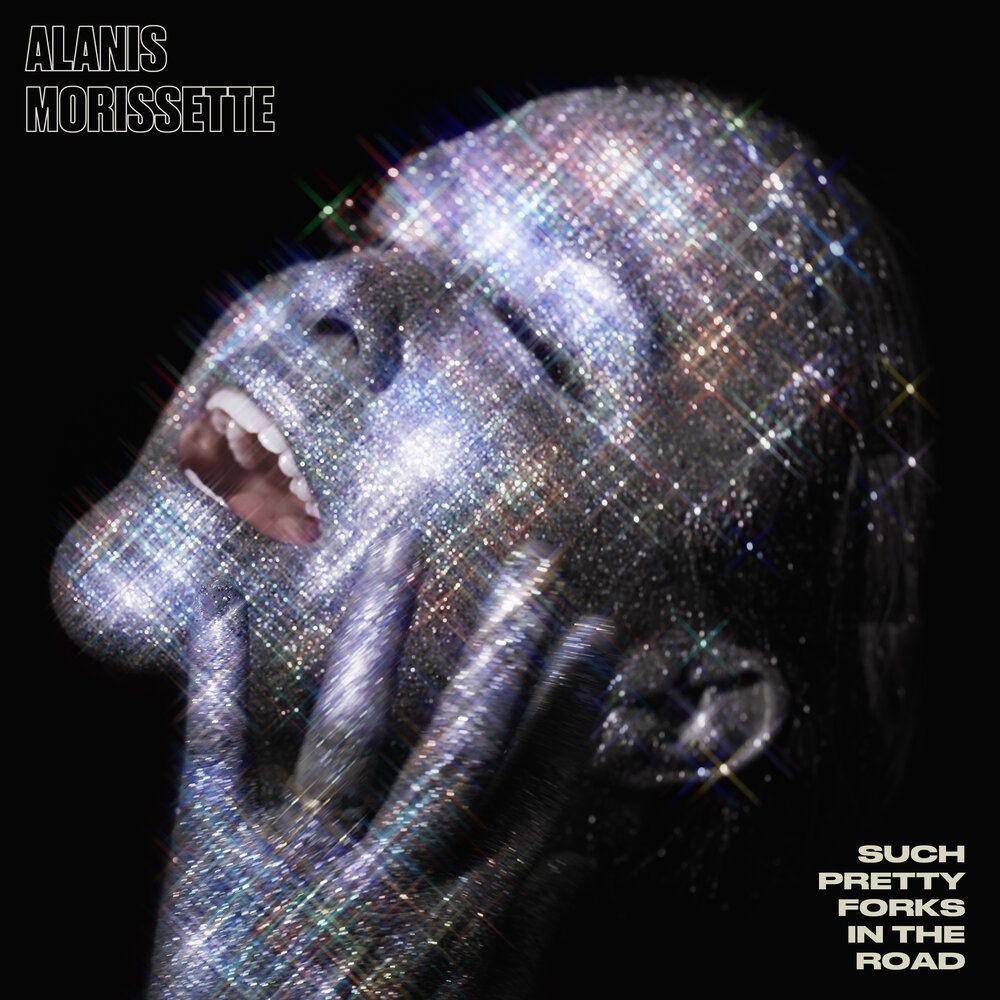 “This is the sound of me hitting bottom/ This, my surrender, if that’s what you call it,” sings Alanis Morissette on “Smiling,” the opener to her ninth studio album and first in eight years, Such Pretty Forks in the Road. The record captures Morissette’s experiences throughout her latest phase of life, which includes (but is not limited to) motherhood, depression, anxiety, fading fame and aging femininity. The end result is nothing short of the Canadian legend’s best work in years, which feels quite apropos as her magnum opus Jagged Little Pill celebrates its 25th anniversary.

Morissette, who began working on Such Pretty Forks in the Road as early as 2017, is done trying to adhere to other people’s standards or play by the rules—as if she ever did that to begin with. For the woman who became the poster child for feminine anger in the mid-1990s, it seems as though her journey has come full circle as she continues to speak loudly about issues for which women have faced harsh stigmas. “Call it what you want/ ‘Cause I don’t even care anymore/ Call me what you need to/ To make yourself comfortable,” she sings on the mental health anthem “Diagnosis,” written about postpartum depression. “And I no longer give a damn/ ‘Bout things that used to matter/ And I am covering my eyes/ As I am frozen on the spot.”

The singer ceases to stay quiet about other stigmatized issues as well, such as the simple fact that life is hard. “I have been working since I can remember, since I was single digits/ Now, even though I’ve been busted/ I don’t know where to draw the line ‘cause that groove has gotten so deep,” Morissette sings on “Reasons I Drink,” the album’s lead single. “And here are the reasons I eat/ Reasons I feel everything so deeply when I’m not medicated/ And so that’s it, I am buying a Lamborghini/ To make up for these habits, to survive this sick industry.” Ripping off the band-aid on one’s mental health struggles is still nothing short of revolutionary, even in our current era that likes to pride itself on being more aware of the stigma, and especially for the eternally angry but still enlightened Morissette.

Such Pretty Forks in the Road also tells the story of a mother, one who will do just about anything to protect her children. “My mission is to keep the light in your eyes ablaze,” she sings on “Ablaze,” a matriarch’s love letter. “And this cord is unbreakable/ This pilot light is there in your pocket/ And this bond, beyond unshakeable/ Even if we all forgot, all at the same time.” On “Her,” the singer recognizes the presence of an omniscient higher power, one to whom she can’t lie: “She’s not buying my shell/ She sees right through my armor/ She lingers in my shadows knowingly/ She treats them like they’re angels/ And maybe they are angels, really/ She beckons me to braver inquiry.” And on “Nemesis,” she rightfully rants about change—how it can be to everyone’s detriment, but is still one of the only things we can ever count on: “Change, you are my nemesis/ Transition, I hold my breath/ This about-face, I’m excited, I’m excited yet/ I’m filled with despair, anticipation and dread/ This metamorphosis closed the door and opened a window.”

Morissette’s latest album, for all but one track, sees production from Alex Hope (Tegan and Sara, Troye Sivan, Carly Rae Jepsen), which helps reinvent a fresh pop rock sound for the singer while also managing to retain her trademark alt-rock swagger. For an artist who has gladly made her name on being angry and refusing to stay quiet, Such Pretty Forks in the Road is an exciting and liberating new chapter, one that also promises to continue fighting the silent battles that need to be screamed from the rooftops.