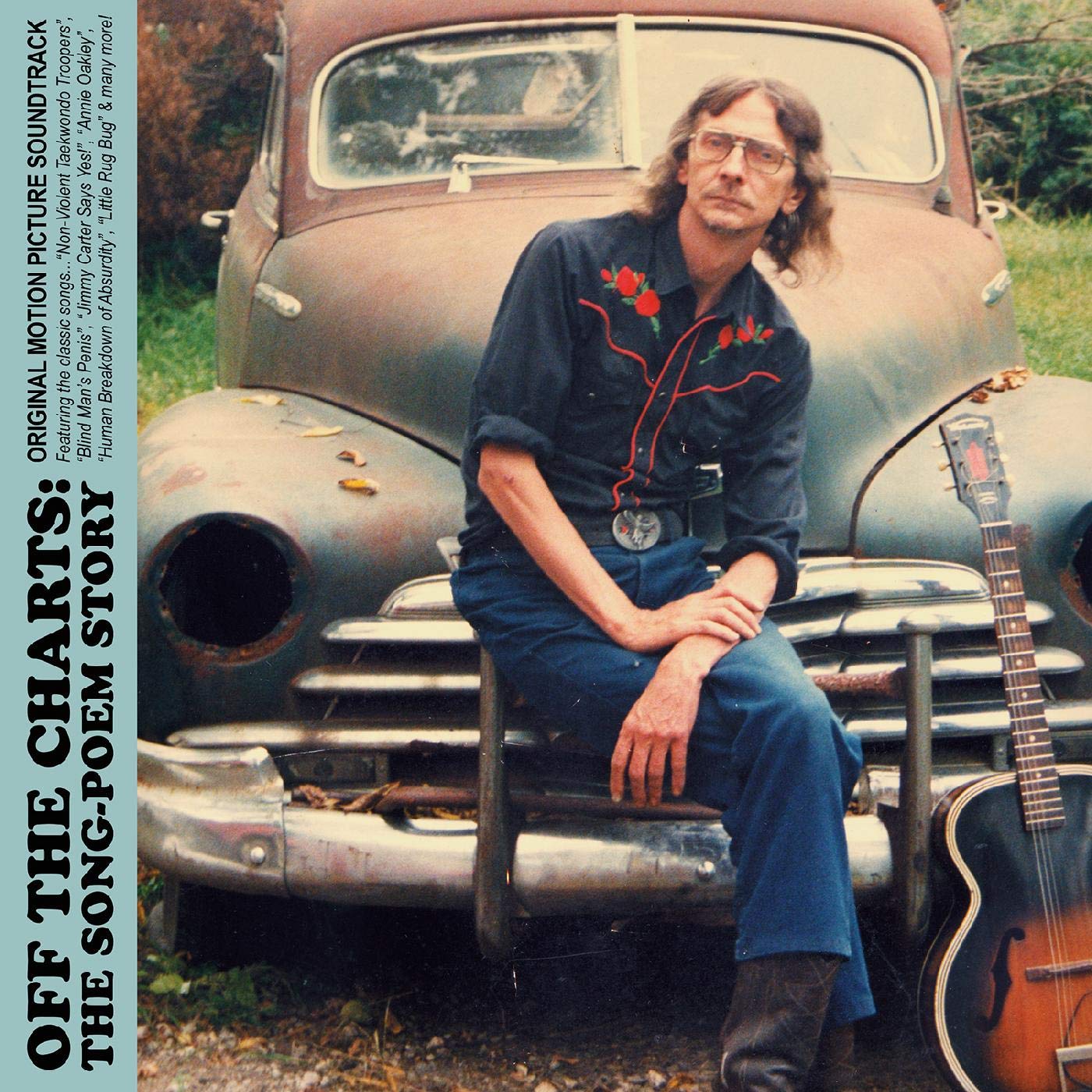 There’s really no good way to properly describe the song-poem phenomenon. You simply have to expose yourself to these bits of outsider art to appreciate the inherent insanity of it all. In essence, these recordings are the product of an assembly line facilitating the false hopes of future stardom, beginning with the companies soliciting songwriters to submit their work, hiring session musicians and vocalists to create a song from some of the strangest lyrics any of them likely ever had to deliver, and finally releasing a finished product (depending on the monetary level of buy-in on the part of the songwriter). These finished products have garnered a great deal of interest among collectors since they first started cropping up in thrift stores and basements, and some of the best make up the soundtrack to the 2003 documentary Off the Charts: The Song-Poem Story.

The most important thing to remember here is that many of these songs were submitted by individuals well before the advent of the Internet and the democratization of art and music that particular revolution afforded. These are songs written by people with no particular agenda other than to get them heard and have a physical manifestation of their creative efforts that they could share with family and friends. There’s not a hint of ironic detachment on the part of the lyricists themselves, nor does there seem to be in the performers themselves, each of whom helps make the songs through their inspired interpretations of some of the most off-the-wall lyrics ever committed to paper.

How does one not deliver a song like “Non-Violent Taekwondo Troopers” without wholly immersing themselves in the absurdity of the lyrics and the Priscilla Presley tangent the song ultimately devolves into? Were there even a trace of disingenuousness present, the whole thing would collapse on itself, the weight of the ridiculousness becoming too much to sustain the otherwise straightforward, synthpop-tinged read. That the songwriter, Caglar Juan Singletary, is the living embodiment of a Tim & Eric character only heightens the surreality of the song (not to mention the accompanying visuals of Singletary riding his bike, practicing martial arts and generally staring vacantly into space, all of which are scored in the film to the song).

Sure, the whole point of a collection like this is to laugh at the patent ridiculousness of those tone-deaf weirdos who think their creative genius is worth exploring in any capacity. But looking past that, it’s a testament to the creative spirit of those who’ve been otherwise told to fuck off with their nonsense, resulting in an earnest collection of songs by individuals who probably shouldn’t have access to a recording studio but through the song-poem phenomenon were able to present their idiosyncrasies to the world. “Jimmy Carter Says Yes!” Is a wickedly funky bit of blue-eyed soul that, despite the subject matter being stuck permanently in 1976, is a joy to listen to, particularly in an era wherein political discussion is devoid of such levity. Can you imagine what kind of bullshit a MAGA freak would pen today if given the chance to do something similar?

It would probably end up coming off as a sub-“Blind Man’s Penis (Peace and Love).” John Trubee’s attempt to get rejected by the song-poem companies went on to become one of the more well-known song-poems simply due to its crass stupidity. If any one song is truly indicative of the song-poem aesthetic, though, it’s the delightfully over-the-top “Human Breakdown of Absurdity,” so strange and so nightmarish in its instrumental backing that there simply could not have been a better choice for a song to open the collection. It truly has to be heard to be believed—and then heard again to even begin to parse everything that is going on.

There have been many compilations over the years seeking to capture the magic of the song-poem mythos, with many of the tracks represented here cropping up again and again. And while this is certainly a fine introduction to the world of the song-poem, Bar/None’s 2003 collection The American Song-Poem Anthology: Do You Know the Difference Between Big Wood and Brush remains the gold standard, at least in terms of compiling the form’s golden era. Furthermore, Burger Records has, as of July 22nd, shut down completely following allegations of sexual misconduct on the part of staff members and artists on the label. What that means for the future of this and other Burger releases remains to be seen, but Off the Charts is far from the only road into this human breakdown of absurdity.