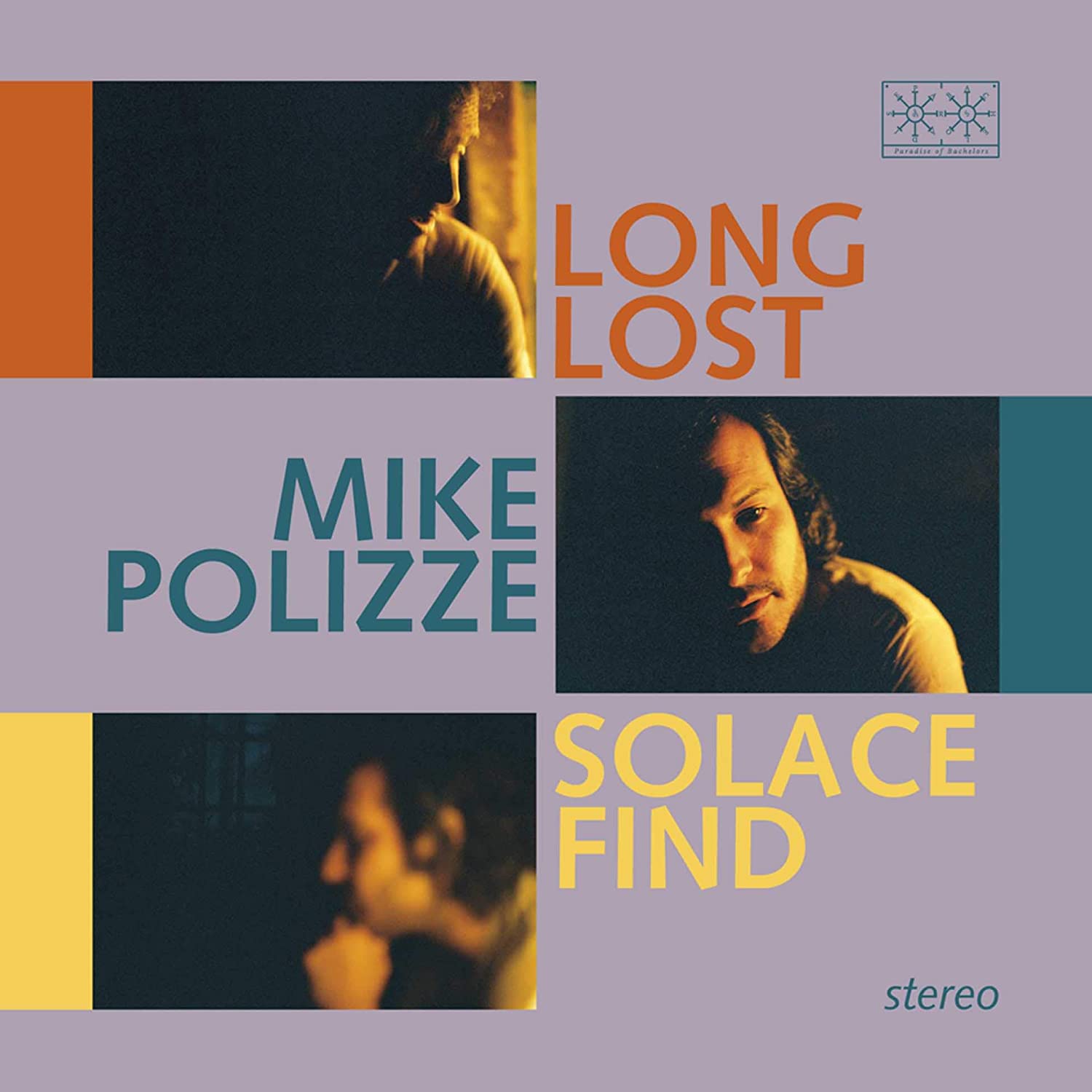 It’s tough to say that Mike Polizze is stepping out of the shadows since he’s been the main man in Purling Hiss since 2009. Yet nothing they did comes close to preparing you for the mostly fingerpicked acousticity of Long Lost Solace Find. By and large a solo album, Polizze, with some help from fellow friend, collaborator and Philadelphian Kurt Vile, enters the folk fray with an album of moody jams, love songs and plain old folk music. This unexpected music does more than just hint at another side to Polizze.

The album’s title comes from the first track, “Bainmarie,” which literally translates from French as “Mary’s bath. Strummed and picked guitars layout a gorgeous ballad. Even better, “Revelation,” with the combined vocals of Polizze and Vile – not to mention Vile’s trumpet – is one of the most radio-friendly tracks you’re likely to hear. Yet lyrically there’s so much going on: “When I’m walking in the morning light/ It’s brightest in the corners of my mind.” Not exactly a simple sentiment.

A bit of electric guitar makes an appearance on “Cheewawa,” one of those songs that seems to grab hold and refuse to let go. Opening with the lines, “I’m gonna see your face, every corner I turn/ Running through the dreams, and it’s starting to burn,” its 2:27 runtime doesn’t feel like it’s enough. But it’s always wise to leave the audience wanting more. Vile adds, “I wish I wrote “‘Cheewawa’” (guess I’ll have to cover it!). Luckily I got to play harmonica and sing ghost vocals on it… I’ve been waiting for this kinda Polizze.”

The fingerpicking of “Wishing Well” has the feel of a classic folk tune, one that could have been made anytime in the past 40 or 50 years. His work on the acoustic is a bit of a shock, an unexpected find that harkens back to the days when six steel strings were all you needed to get a crowd to gather. “Do do do” is one of the songs that could have the assembled multitude lost in a reverie of wood and steel.

The runs of “D’Modal” illustrate Polizze’s ability to hypnotize listeners with just his acoustic guitar. The man is no slouch. A call for sanity, “Sit Down” suggests that as a young dad he’s realized that there’s more to life than the endless party. Closing the album, “Vertigo” features Polizze on guitars and keys with a backing chorus that creates a heavenly sound. The last half of the song features little more than a refrain of “I’m dizzy,” yet it’s enough to create a classic tune.

Coming from a band that’s prone to turning up the volume, Long Lost Solace Find truly is a bit of a revelation. Rather than depending on blasts of power, Polizze’s newly experienced prowess with the quieter sounds of acoustic guitars speaks volumes about his ability to take a left turn and try something a bit different. That he does it with such skill makes this an album worthy of getting lost in.