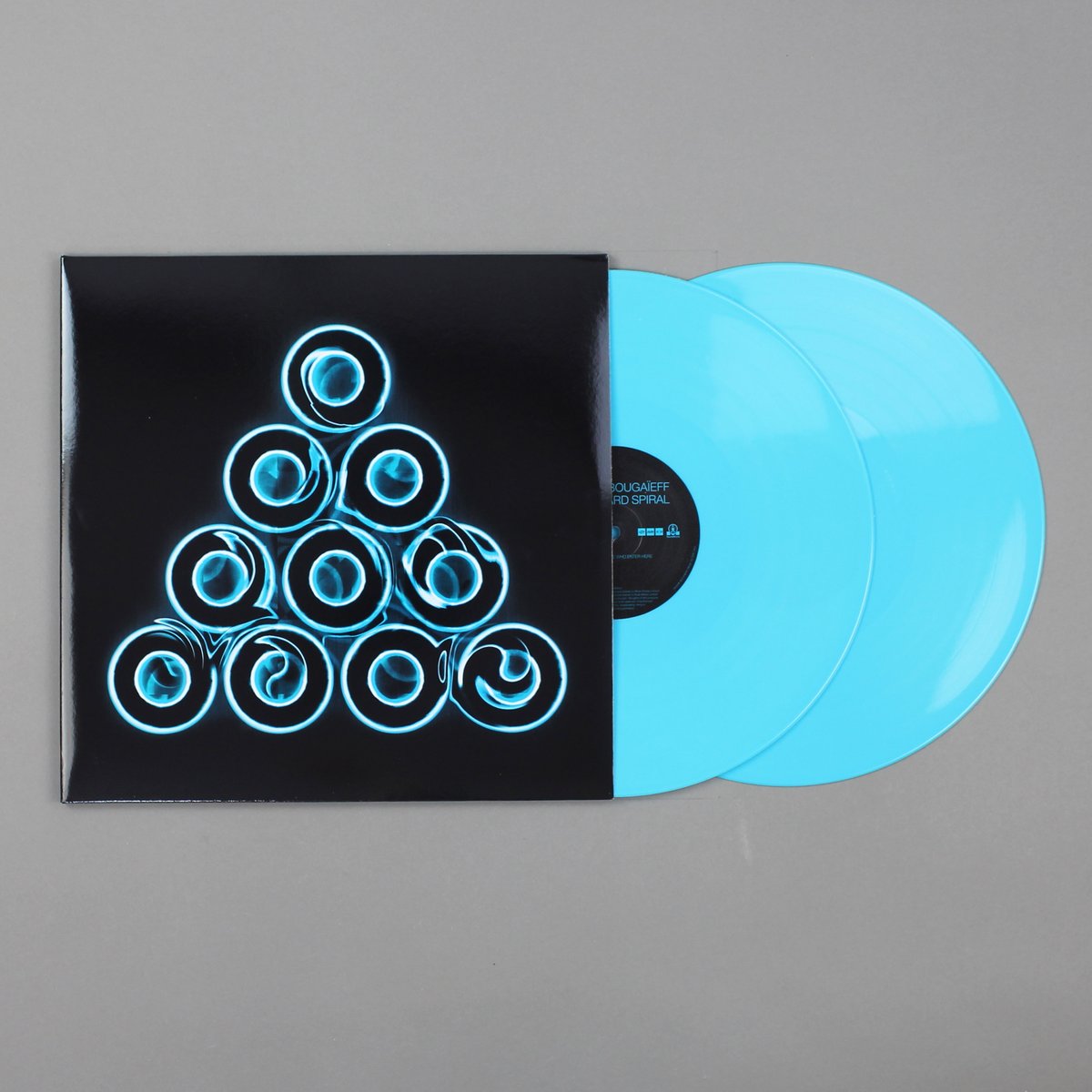 In his 2013 PhD thesis, Nicolas Bougaïeff writes, “Minimal techno production and performance can be seen as a reflection of the profoundly changing relationship between man [sic] and digital technology.” With a history in musical production and interface design, most famously producing the performance technology that Richie Hawtin used on the 2011-2013 Plastikman Live Tour, and the music app Lemur, which astronaut Alexander Gerst used in a live jam with Kraftwerk while serving on the International Space Station, it’s fair to say that Bougaïeff knows what he’s talking about.

His latest release, then, begs to be understood in relation to those thoughts, and immediately the listener is faced with considering how to spot traces of the human in these relentless, cyclical and metronomic tracks. Each is an exercise in precision, often overlaying multiple rhythms so that they cross and intersect and are offset, discordant, disruptive and often just simply difficult to listen to. Which is not to say that they fail—not at all—but instead to note that whatever one might have thought minimal techno is, The Upward Spiral is definitely that and more.

Album opener “Embrace Hope All Ye Who Enter Here” offers a chugging synth line straight out of the first Killing Joke album, before the arrival of the overlaid rhythmic pulses that provide continuity throughout The Upward Spiral. More polyrhythms emerge, moving into out-of-sync speeding and slowing, giving the track a ponderous monophonic feel. If there’s dancing to be had, there’s less funk and more near-militaristic precision than one might have anticipated. “Flying High” drops the harsh modulation but keeps the polyrhythms, overlaying modular synth burbles and digitally delayed whooshes as the track plays with revealing and then obscuring the central tune, cutting the tempo then driving it back up again.

“Inexadorable” offers the kinds of modular basslines Vince Clarke and Martin Gore mess about with on their outings as VCMG, adding a metallic sheen and thudding bass drums and arriving at a coldly industrial atmosphere. Further nods to the high art of industrial electronics are present in the minimal drum patterns and bass lines of “Inward Megalith,” at which point the album makes an unexpected but very welcome turn towards delicacy—in places at least—with “Listen Carefully to the Heartbeat” and “Positive Attitude.” The latter track pulses with a bassline that would have made Patrick Cowley proud. “Nexus” mixes off-kilter minor-key pulses with increasingly gritty drums and, in the track’s later moments, atmospheric sweeps under which hi-hats skitter, everything in time but with each rhythmic element seeming to ignore the others.

This last factor is one of the album’s lingering impressions: carefully composed and intricately wrought rhythmic elements that circle a central theme but which also, and often, modulate into and out of phase, leaving the listening ear perplexed. As Bougaïeff notes in his thesis, “The way we interact with each other, through machines, is directly related to the way we interact with machines themselves.” It’s tempting to consider that The Upward Spiral offers the sounds of machines making machine music for machines to listen to, the maudlin, sulky and very human introspection of Trent Reznor’s The Downward Spiral met here by something equally as bleak, equally as determined but comprehensively inorganic in focus and articulation.