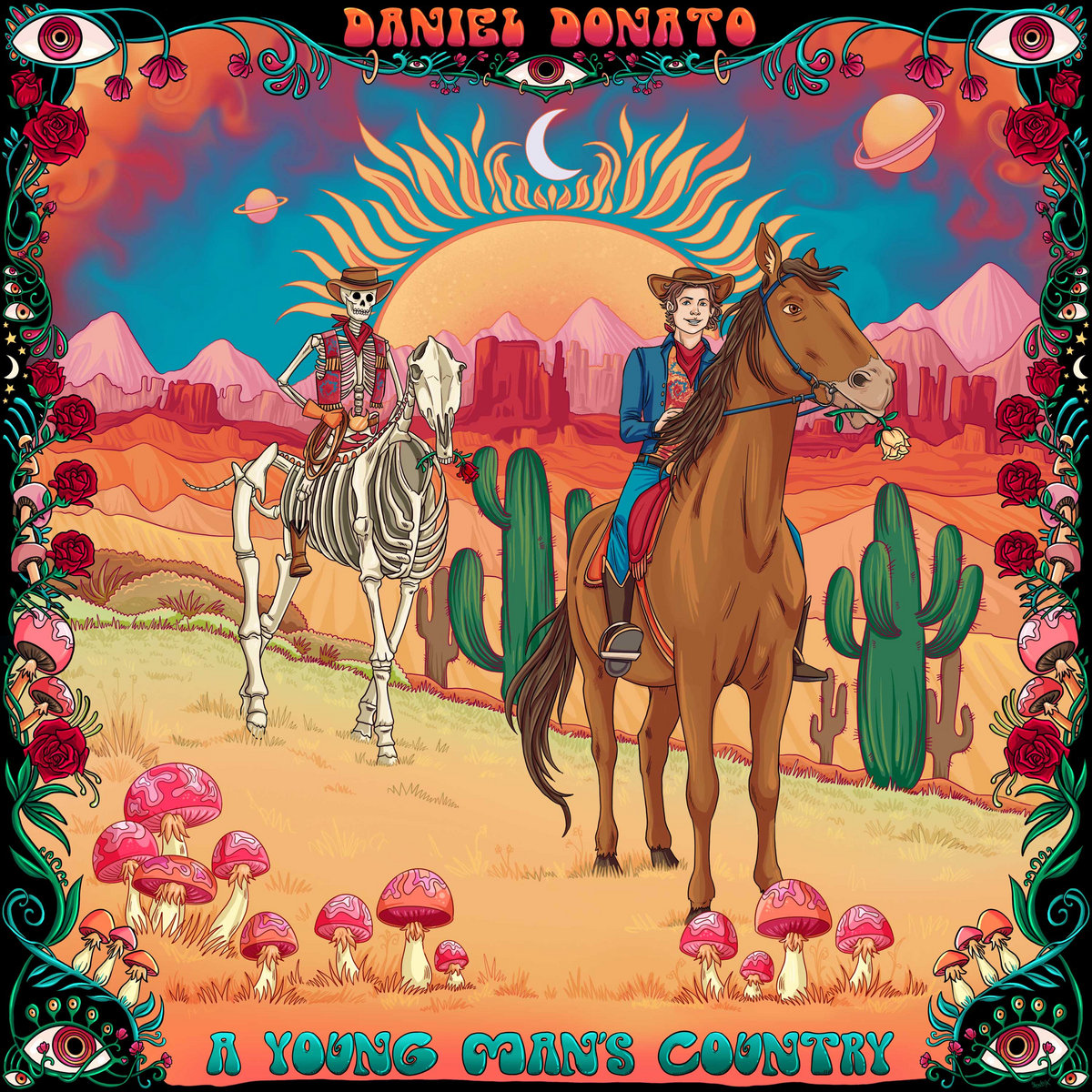 Country guitar-slinger Daniel Donato has a success story that’s writ in big, block letters, locked in position and ready for mass consumption. A guitarist since he was 12, Donato in his early teens started busking on Nashville’s Lower Broadway, playing sometimes for up to eight hours each day. His persistence eventually led to a guest gig (then many, many spots) with Robert’s Western World house act the Don Kelley Band. And, of course, now there’s A Young Man’s Country, a debut LP dripping with youthful enthusiasm and bright-eyed optimism.

It’s easy to hate on Music City constructions because, for what it’s worth, they’re often so constructed, with each note and bridge primmed, preened and calculated with precise knowledge of its tonal impact. There’s often little danger and little room for the enthralling colors of subjective interpretation. Donato often makes homages on the LP to outlaw country icons and even covers Waylon Jennings to close out the 11-song affair. But there’s little that’s outlaw or even outlandish about the proceedings, which are less a representation of safe sex than one of abstinence. When he sings “Ain’t living long like this” in his youthful 25-year-old timbre, there’s just none of the requisite bite of the bourbon going down the gullet.

The record, to be fair, has its moments. It gets off to a bit of a clunky start, offering sometimes twangy country jingles like “Justice” and “Always Been a Lover” that don’t quite hit the nail on the head. Two pieces where Donato cuts loose a bit—“Meet Me in Dallas” and a hot, Skynyrdesque take on the Grateful Dead’s “Fire on the Mountain”—bring things nicely to a boil. Here, it’s not that Donato is doing much different; the songs, like the first two, are heavily produced in the Music City sense and feature some adept guitar soloing from the band’s namesake. It’s just that Donato starts to feel a little reckless and that brings listeners into the smoke of the pub and the electricity of the nightclub. The amp is on the floor pushing vibes at the back of the musician’s legs and everyone’s a few too many drinks past driving home. It’s here that Donato should focus in the future.

The rest of the record, technically speaking, is accomplished but not all that moving. Donato offers an electrified take on John Prine’s “Angel from Montgomery” and the fluidity of his guitar work lends an interesting interpretation of the tune. (One could even argue he underlines faux-jazz sensations that the Souvenirs recording of the tune lacked.) But “Sweet Tasting Tennessee,” at times, feels like a half-hearted hybrid of the Grand Ole Opry and Dire Straits—not necessarily a sonically copacetic pairing. “Broke Down” features some interesting solos and watered-down Hank Williams vocal asides, and “Forgotten Days” goes for rockabilly delights but ends up feeling a little too canned. Leave all that—especially the rollicking country gems—to Hank III, please.

Donato has potential, there’s no doubt about that, but he has to infuse his productions with more heart and less technical proficiency. Listening to a track off A Young Man’s Country is like hearing a series of proficient, able-bodied solos where the guitarist doesn’t know what to do between running his fingers frantically around the fretboard. The guitar frequently drops low in the mix when Donato isn’t riffing away, and that lends the recording a feeling of flashiness without substance. So, yeah, it’s worth plopping down some cash for a download of Donato’s take on “Fire on the Mountain,” but aside from that, the wunderkind plays this one a little too safe to be relevant or riveting.