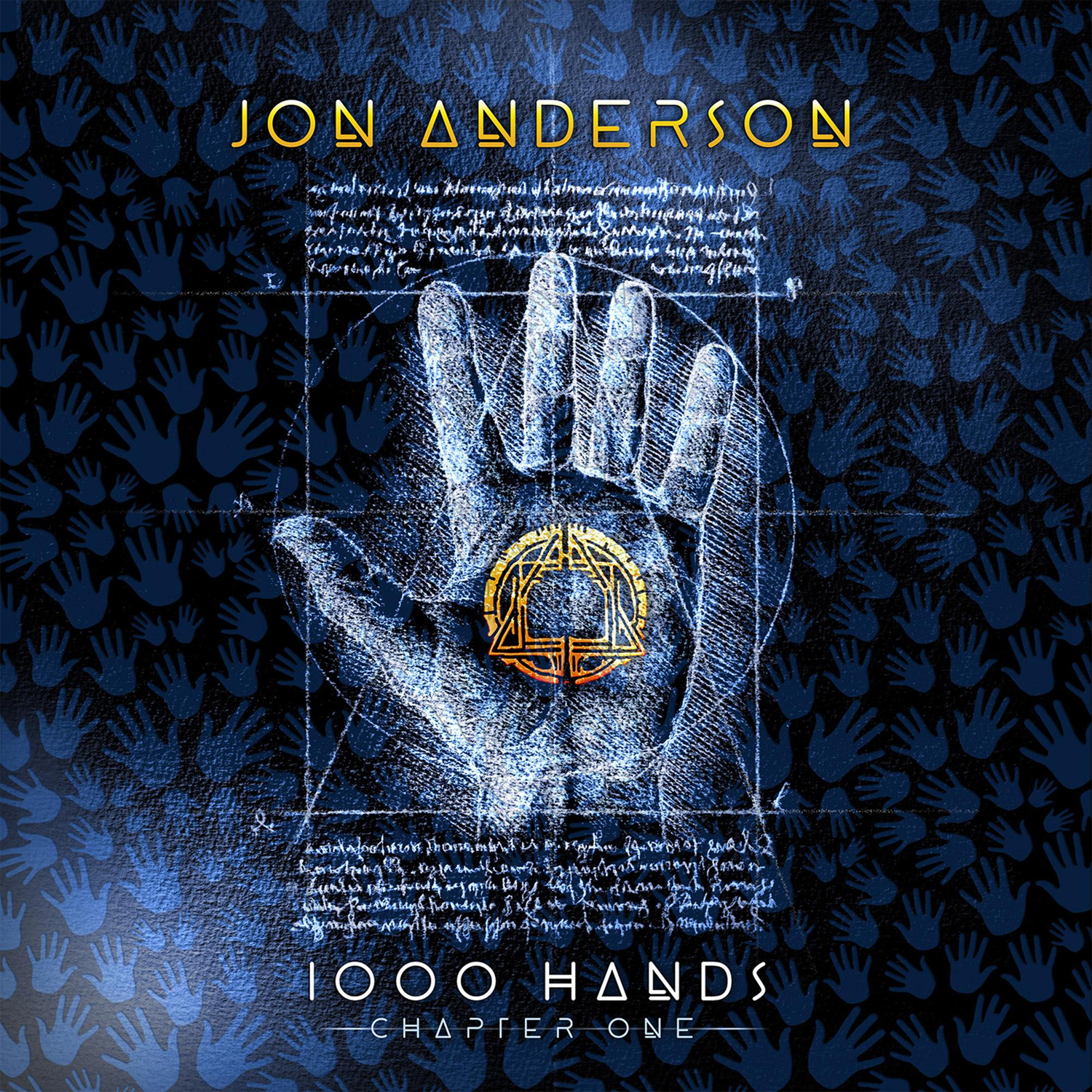 Some records take longer than others, but Jon Anderson’s 1000 Hands: Chapter One has taken 30 years. Surprisingly, it doesn’t sound the least bit dusty, snapping and crackling with excitement you wouldn’t suspect from the singer who is 75 years old. Even more surprising, it doesn’t sound exactly like a Yes album, despite the presence of late Yes bassist Chris Squire and drummer Alan White.

The story of 1000 Hands begins back in 1990 when Anderson, Squire and White convened in California and began recording what was then called Uzlot (which is the northern English pronunciation of “us lot”). With a tour in the offing, the tapes ended up in Anderson’s garage where they stayed for the next 26 years. Producer Michael Franklin got in touch with Anderson about the tapes and the possibility of finishing the album. Over the course of the next two years, an amazing array of musicians added to the music. Ian Anderson, Jean-Luc Ponty, Steve Howe, Jean-Luc Ponty, Billy Cobham, Chick Corea, Pat Travers, Zap Mama, Steve Morse, Rick Derringer, Larry Coryell and Tower of Power’s horn section all contributed to what became 1000 Hands.

Originally, the album came out in 2019 on Anderson’s website, but it was a fairly limited release. Thanks to this widespread rerelease, a much larger audience will now be able to hear this collection. With all that firepower, there’s plenty to hear, and somehow Franklin manages to make it all sound fresh. Acoustic fingerpicking courtesy of Larry Carlton opens the brief track “Now.” Sounding like a long-lost cousin of “We Have Heaven,” “Ramalama” takes off on a wave of multitracked Andersons, before banjos and electronic drums take things further skyward.

Using Zap Mama, the Solar Choir and Voices of Lindahl may verge on overkill, but still, “First Born Leaders” goes in so many directions thanks to the steel drums of Pat Frost, not to mention a bit of whistling. Over the course of almost nine minutes, “Activate” incorporates the talents of Ian Anderson’s flute, along with the guitar playing of Larry Coryell, Steve Morse and Pat Travers. Lyrically though, some of this can be just a tad cringe-worthy, especially a something like, “And the only way we have of contacting you for sure/ Is the melody of music/ And the harmony of love.”

Just when you think things are going completely over the edge, there’s a moment that makes you shake your head wondering what just happened. Combining beatbox, ukulele and the Tower of Power horns, “Makes Me Happy” does just that, although a sped-up bridge does feel like a bit much. Jerry Goodman handles the violin on “I Found Myself,” a duet between Anderson and his wife, Jane. Violin and accordion move “Twice in a Lifetime” into previously uncharted territory and the song is all the better for it.

Chick Corea’s piano and keyboards play a major role on “1000 Hands (Come Up),” but it’s hardly the only one. Over the course of this song, listeners also get Billy Cobham, Larry Coryell, Chris Squire, Zap Mama and some amazing violin work from Jean-Luc Ponty. That Anderson is committed to go so far into territory clearly on the jazz end of the scale is a tribute to his willingness to go wherever the music leads.

Perhaps the one moment guaranteed to bring a tear to the eye of Yes fans is when Anderson and Steve Howe join forces on “Now and Again.” It’s one of those sentimental, nostalgic moments. Howe’s classical guitar and Anderson’s voice blend in a way that feels so natural and right. Especially when Jon sings, “Never forget that we are friends/ Here I am singing as you play/ Memories sing in this lifetime/ Never forget.” For two old friends who have been on the outs for years, it really is a special moment.

Jon Anderson hasn’t simply stayed the course, he’s created his own path, mining a variety of musical sources in order to stay relevant during his sixth decade in the music business. With 1000 Hands, he has done just that. He has continued to reinvent and redefine what it means to be a “prog” musician while straddling so many other types of music that, regardless of genre, he is worth listening to and emulating.