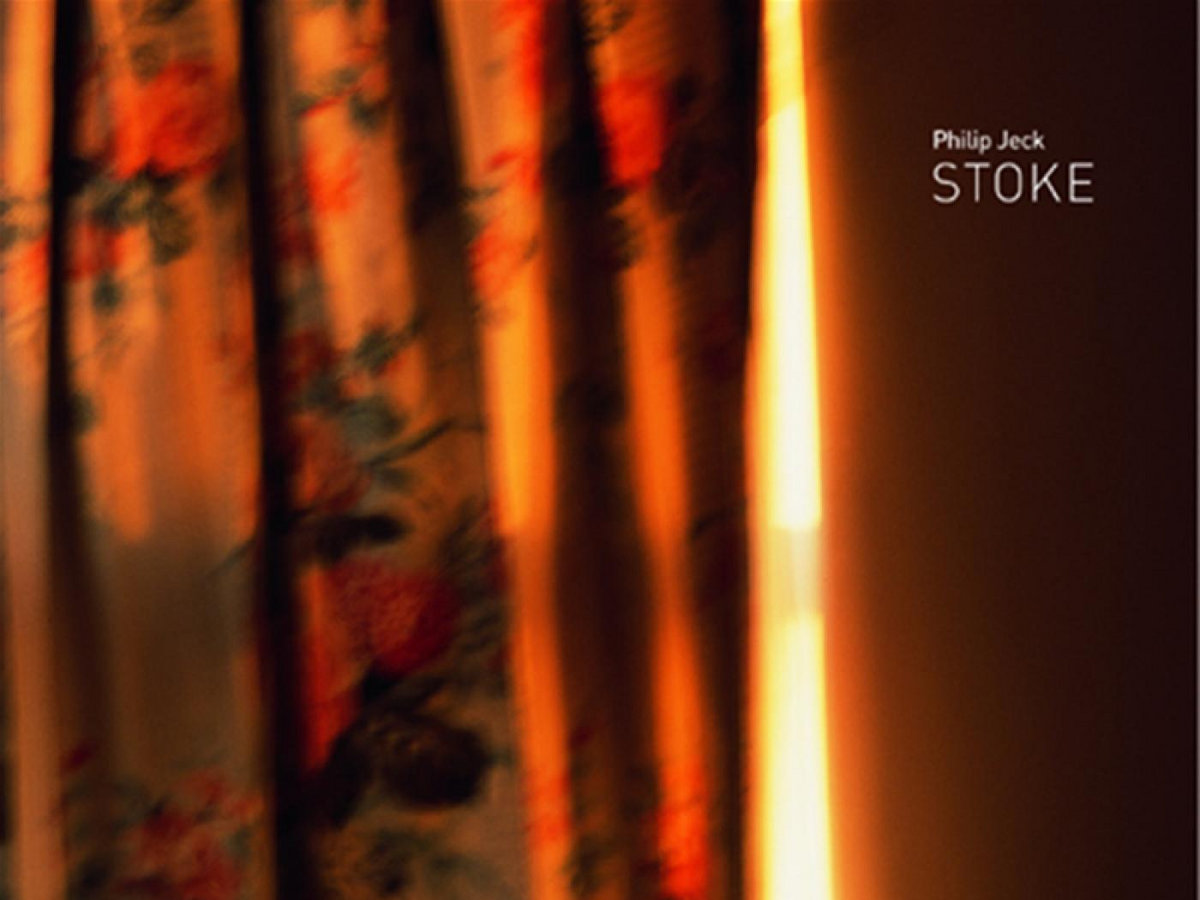 As the last vinyl crackles fade into the abyss on Stoke, something extraordinary happens: a slowed-down vocal jumps out at us, accompanied by a few faint strums on guitar. It sings a few lines, disappears, comes back, sings the same few lines and disappears again. It’s a blind-siding moment not just because it sounds like the voice of God booming through parting clouds, or because it introduces something completely new just as we’re beginning to bask in the glow of having heard a great album. To contemporary ears, it sounds almost exactly like something you’d hear in a vaporwave track.

Philip Jeck did not invent vaporwave. I’ve never seen him cited in any interviews with vaporwave musicians, and he certainly has little interest in the Internet or corporate culture or Western alienation from East Asia. Vaporwave proper is a bastardization of Houston chopped-and-screwed music. Regionalism (and, implicitly, race) aside, the difference between the two is that vaporwave prefers ‘80s pop as its base material rather than hip-hop, and that while chopped and screwed music is meant to impart a slowed-down, leaned-out feeling, vaporwave taps into our ambient memories of media we might’ve consumed as a child: screensavers we might’ve stared at as children, pleasant radio-pop we might’ve heard in a restaurant, early computer programs we might’ve used in grade school. Somehow, the slowing-down approximates how these media manifest over time in our brains, which as we speak are replacing old memories with new ones and condemning these early experiences to the rabbit hole of oblivion.

Jeck discovered this decades before vaporwave and years before the blogger Mark Fisher pegged his music—and that of Burial, the Caretaker and the Ghost Box label—as “hauntology.” A psychologist might have a better idea than your average critic of how memory can be manipulated in this way, but what Jeck does on his astounding 2002 album Stoke does not need to be explained to be experienced. This is a frightening record, a 53-minute approximation of suddenly remembering something from the distant past for no apparent reason, then sadly stepping back and wondering what knowledge you’ve lost.

Jeck works with turntables and vinyl records, which have their own curious relationship with time both as a method of capturing fleeting moments and as a medium that deteriorates with age. Like a hip-hop crate-digger looking for that “dusty” sound, Jeck shows affection towards the imperfections of vinyl and allows his music to emerge from and disappear into surface noise, which fills the spaces in the stereo field and becomes less a flaw than an all-encompassing blanket of sound. Its omnipresence leaves no doubt about the source of the sounds on Stoke, even as it evokes sensations and images much deeper than the process of its making.

These seven tracks don’t proceed from any conventional logic of how to make music. While hip-hop turntablists usually retain at least some allegiance to rhythm, Jeck is indifferent to anything except pure sound. Much of Stoke is aggressively anti-musical, and even its most conventional ambient track (“Vienna Faults”) is laced with what sounds like bits of errant electricity that zap through the treble register. The only track that falls back on traditional emotional cues is “Pax,” the astonishing piece at the album’s geographic center, where a slowed-down blues voice sings in sympathy with a snatch of organ as a single syllable is looped and suspended in midair. Stoke seems like a work in progress, a truly “experimental” record. We feel like we’re listening to Jeck discover the worlds contained within these old records in real time, and we share with him a delight at what bizarre sounds can be coaxed from them.

Later Jeck albums like 7 and Sand are more typically ambient, with ideas looping and changing only subtly. But something is always happening on Stoke, and as it works on our brains we become aware of noises that have never existed anywhere else in the history of music. “Above” groans perturbedly until dissolving into a sound that’s clearly not a chicken but sounds closer to one than it does to any other sound on this planet. “Lambing” sounds like trapped, moaning souls; “Open” ends with an infernal clatter of what sounds like a dozen tap-dancers dancing for their lives. A few sounds are recognizable, like an Indian sarod or a brief snatch of Johnny Kidd and the Pirates’ “Shakin’ All Over,” one of Britain’s first great rock ’n’ roll hits. It’s possible that British audiences might experience a more specific nostalgia from these cues than Americans, but Jeck is less interested in eliciting snatches of recognition than of creating an alien world that at the same time feels uncannily like somewhere we’ve been.

For this critic, that memory is of being in the Richmond branch of the San Francisco Public Library as a kid. The building has two stories, divided by a staircase, with a great window shining down and illuminating particles of dust suspended in midair—though this might have changed these many years and renovations later, or perhaps there was never a window at all; it’s been about 15 years. Maybe a library comes to mind because they exist, like Jeck’s work, in the pre-Internet world of tenuous physical records of the past. As a kid, the knowledge contained in all the books in just this single building seemed overwhelming. And the awareness of the vastness of all and space and time, the understanding that no one person can ever know all there is to be known or see all there is to be ever seen, and that we can’t even keep what we do know from slipping into darkness—it’s all right here, in a 53-minute album.

Sounds less like a communion than a standoff in which neither side is willing to concede. …