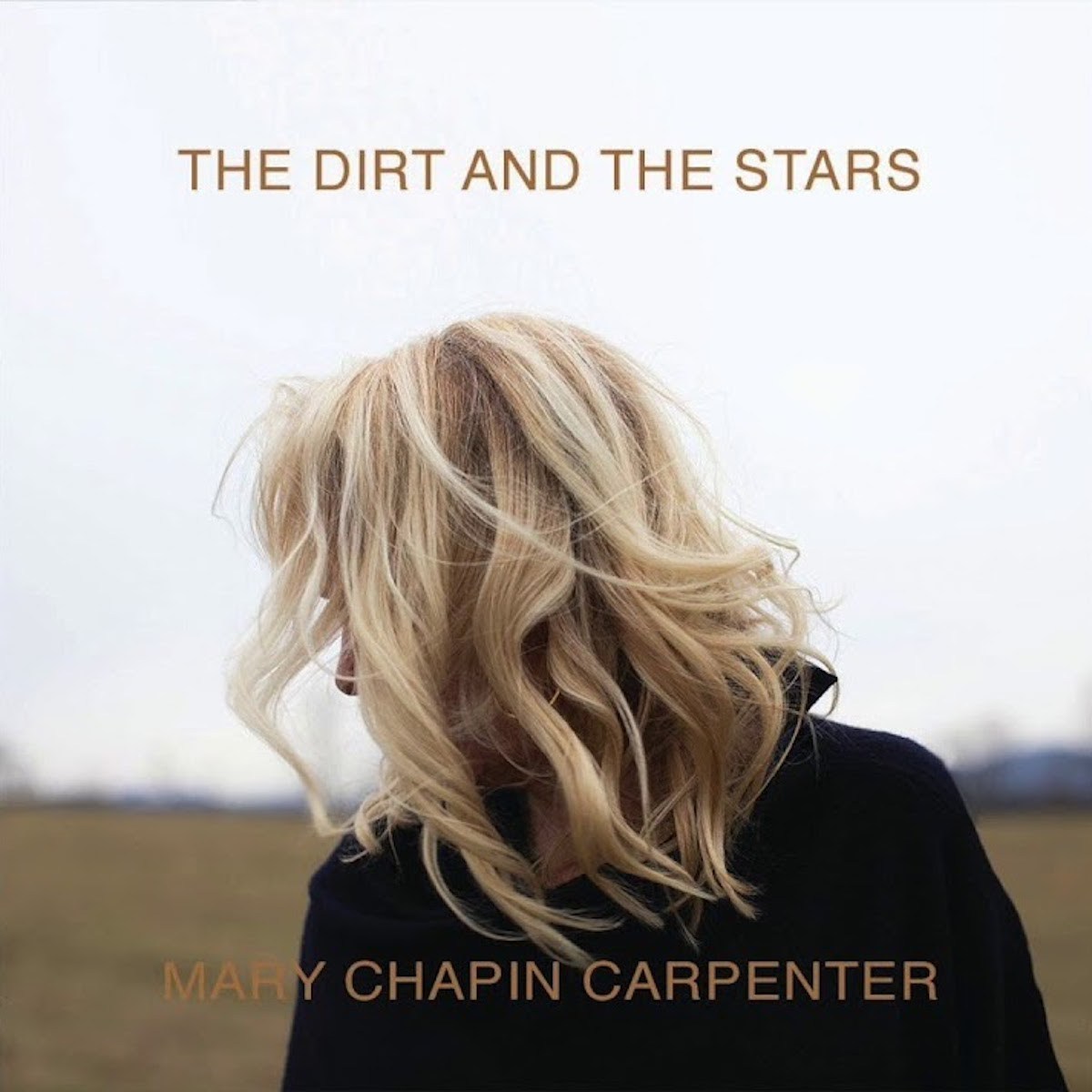 By August 2020 we’re practically conditioned to receiving new music in the context of its release. We hear it alone at home, waiting for a livestream concert. We think about how it fits in with pandemic listening or with Black Lives Matter. We hear the songs that enter the political discourse. Part of the pleasure in discovering Mary Chapin Carpenter’s The Dirt and the Stars lies in its disconnect from our ever-noticeable year of catastrophe. These 11 songs came from before we hit quarantine, before everything seemed to be unraveled. Their distance from acute crisis provides a nice space in which to listen. But, and this is important, their relevance as perennially valuable reflections makes the album richly engaging and useful even if it works so well out of immediate context.

The folk-pop “It’s Ok to Be Sad” epitomizes that idea. The lyrics could apply at any given time. Without denying the value of hurt, Carpenter asks of the challenges of life, “Could there be healing instead?” Each time the chorus comes around, she subtly reworks the phrasing, drawing our attention to these small shifts of thought so that we’re drawn into healing and beauty as a communal enterprise by the end of the song (rather than a solitary wish from a pained individual). The song would serve as a peaceful embrace whenever it came out; the serendipity of a mid-2020 release highlights its worth. Maybe because it doesn’t directly address ventilators or protests, it feels particularly valuable.

The album doesn’t completely skip the last few years, though. “American Stooge” will likely get some attention, not only for its sharp critique of sycophants (which Carpenter acknowledges comes from both sides of the aisle), but also for the fact that Lindsey Graham inspired it. Carpenter saw in Graham a politician who could change gears (particularly in terms of his relationship to Donald Trump) as needed to maintain his own power. In delineating this sort of character, Carpenter gives the song a little extra blues, shifting from the folk that dominates this album toward roots rock.

That change of pace works. The album’s introspection lends itself to calm, pretty music, which Carpenter and her band execute almost flawlessly. The disc could use some more varied textures, though. An afternoon spent with Carpenter’s reflections won’t be wasted, but the record could use more musical pointers to change gears. The singer covers some ground here, from thinking about thinking (“Farther Along and Further In”) to memorializing an old friend through thoughts of his guitar (“Old D-35”) to resisting an inevitable breakup (“Asking for a Friend”). Given the intricacies of her songwriting, Carpenter could expand her sound just a touch for a true classic.

A broad sound may go against the point, though. The Dirt and the Stars means to stay grounded even as it looks deep, and both the arrangements and the production foreground Carpenter’s folksinger delivery. In accumulating accolades, she’s succeeded in a number of styles. Now she settles into something much more akin to Judy Collins than Lucinda Williams, and that mode suits the central feel of the record. Carpenter acknowledges pain and anger, but she actively looks for beauty. “Save the judging for another day,” she sings on “Everybody’s Got Something,” and her willingness to do so comes through clearly. Carpenter’s current mission involves digging peace out of wherever she is, and it’s a mission worth pursuing regardless of what year it is.