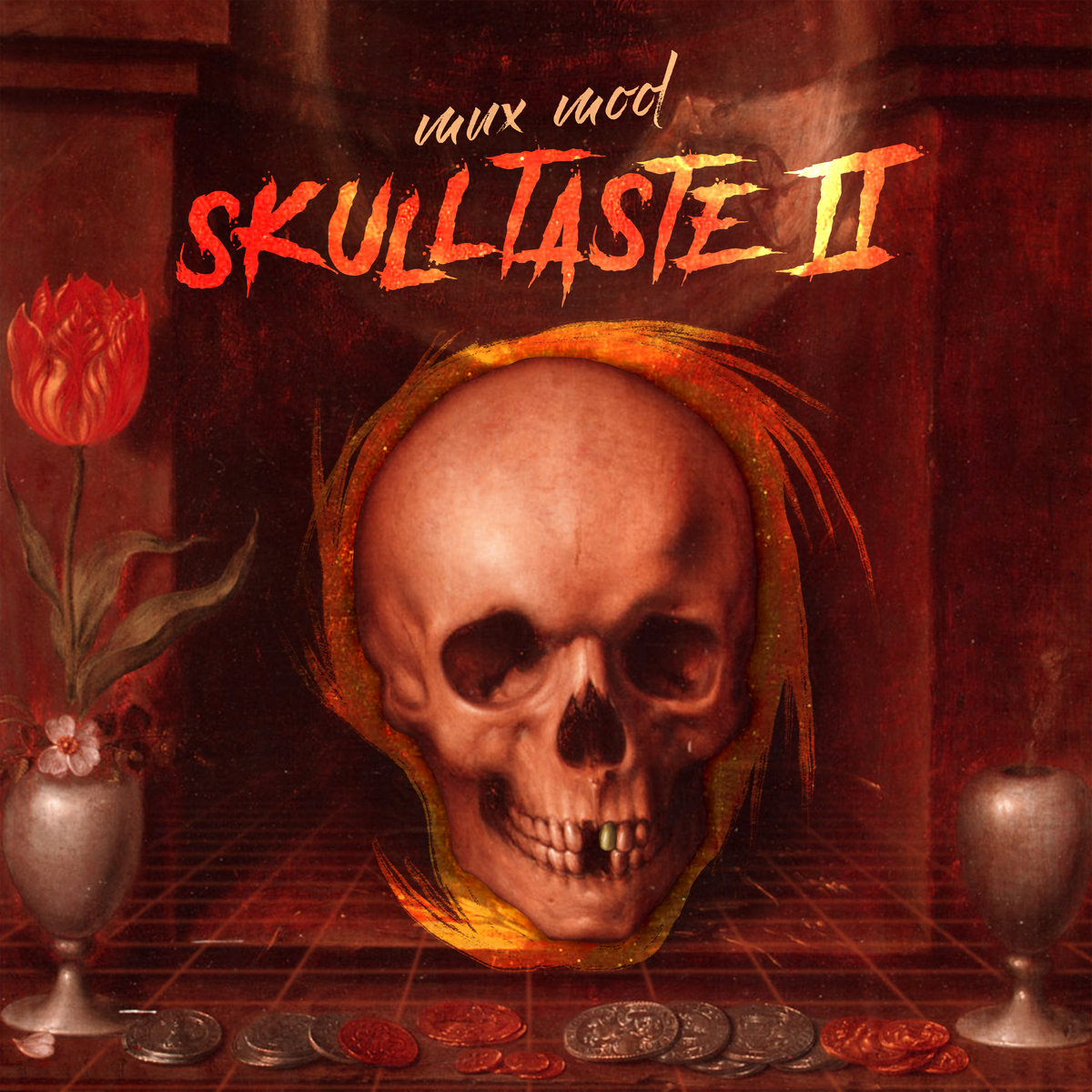 Skulltaste! For this critic, the name conjures the same fantastic memories that must have flashed through the heads of those who grew up on Boys’ Tales when Indiana Jones came out, or those who grew up in the ‘50s car culture when American Graffiti screeched into theatres. 2010 was 10 years ago, but how vivid it still seems: that endless-summer optimism, those blue-and-pink hues like the last rays of sunset, the promise of paradise in a hit of weed or a good molly or a ticket to a music festival. You could buy the latest Washed Out EP at Urban Outfitters on the way back from seeing Avatar in theaters. And one of the hallmarks of this era was the mid-fi, genre-agnostic electronic album.

Halfway between the underground and the mainstream, between production smarts and dancefloor oblivion, between bloghaus and the microgenre explosion lived albums like Mr. Oizo’s Lambs Anger, Crystal Castles’ two self-titled albums, Gold Panda’s Lucky Shiner, Neon Indian’s Era Extraña, and CFCF’s Continent. These are eclectic albums with eclectic styles, but they’re united by being “electronic” rather than any specific subgenre, existing primarily to serve up the damnedest sounds in a wide swath of contexts while walking a delicate line between pleasing and challenging the listener. One of the most memorable products of this era was Mux Mool’s original Skulltaste, an album that wasn’t quite French house, wasn’t quite hip-hop, wasn’t quite chiptune, but came with a slice of cantaloupe at the end.

Skulltaste II serves as a reminder of just how fun albums like this can be. In the age of hyper-conceptual electronic music and Internet-age paranoia, there’s something liberating about being hit over the head with an impossibly dumb “disco”/“San Francisco” hook within seconds of pressing play. Consistency is good and fine, but it can be just as much of a thrill listening to an album that gives you no indication of where it’s going.

Skulltaste II takes a second to show its true colors. The opening trio of songs sticks to the French-touch sound that’s something like Mux Mool’s default, and though the chord preset on “Sorry for Your Gloss” is pleasingly crunchy, we wonder if the producer hasn’t finally settled into a groove. No chance. After the brief interlude “Fan Fiction,” Mux Mool gets restless. “You Can’t Wait For This” is his first foray into trap, and though at first it shatters the time-traveling illusion, it’s an effective little experiment, its hi-hats doing a weird little slide rather than ticking in syncopation. Some of the best tracks are loping, long-legged hip-hop concoctions like “Teeth” and “Old Where It Counts.” And then there are moments like “Long Distance” and “I’ll Be Here Waiting,” where the killer robot shows his sensitive side.

Mux Mool rejects lo-fi crackle, “real instruments,” dissonance, noise, conceptual baggage or vocal features beyond inane entreaties to dance. Lush house chords perfume the album with just enough of an air of sophistication that it just sounds ‘80s-movie dumb rather than EDM-dumb. There’s nothing “organic” about this music, either in the dusty crate-digger sense or in the body-horror sense that defines much late-2010s electronic music. It’s as if chillwave, Yeezus, Spotify algorithms, and the Donald Trump administration never happened.

Skulltaste II isn’t quite as good as its predecessor. It’s less texturally interesting, less willing to throw weird laser noises and video-game sound effects at us, more predisposed to clichéd pop chord progressions like the one on “Telluride or Die.” But the difference in quality between the two albums is a lot less significant than the difference in quality between their album covers. Seriously, that Satanic rollercoaster robot on the cover of the first one is one of the coolest things ever, while the skull on the cover of this one seems to be sporting a John Lydon haircut both atop its head and where its neck should be. But then again, what was the last electronic album you came across for which “worship the flaming skull” was the best instruction for listening?

A perceptive office comedy unearths itself from beneath the bright colors and goofy faces.…