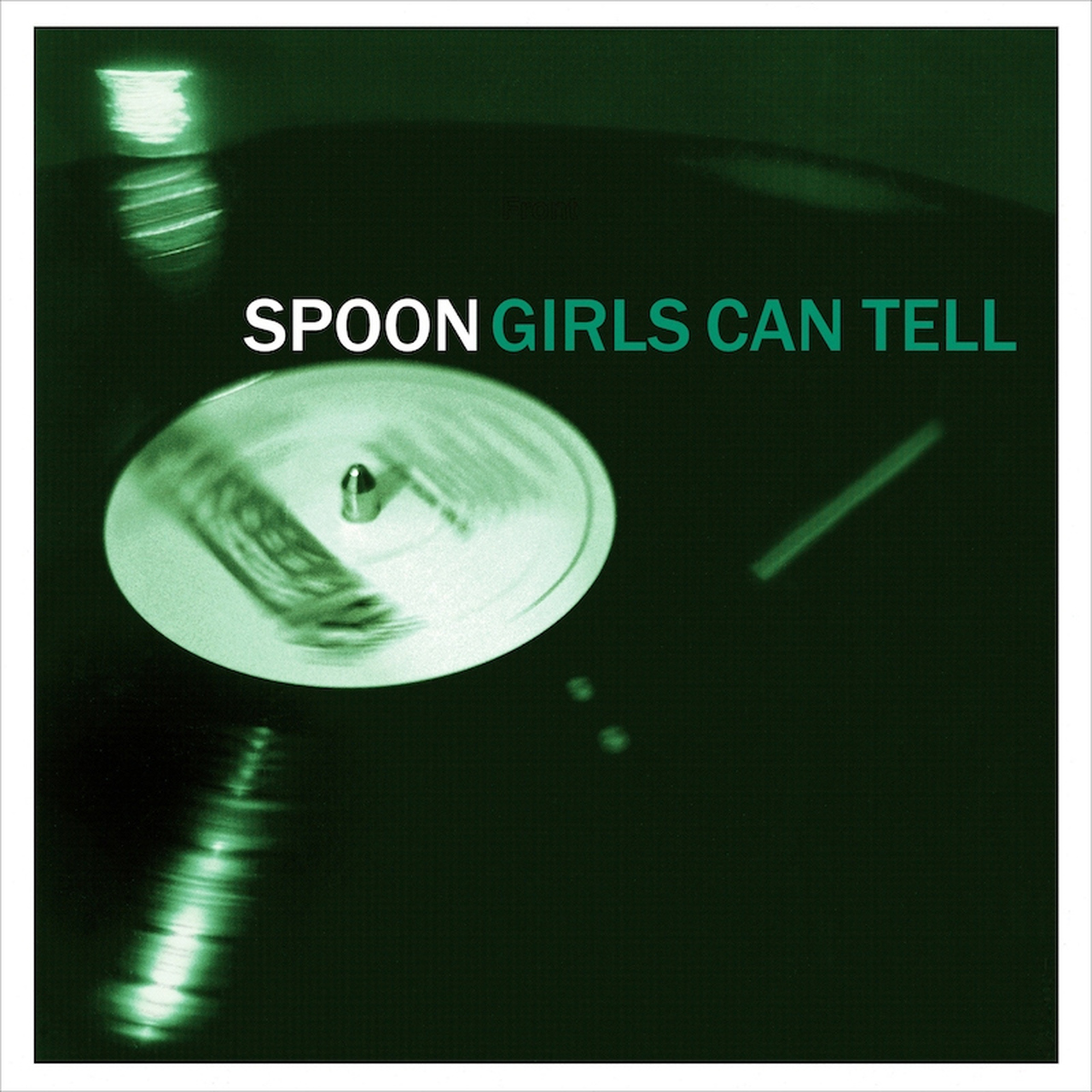 One word you’ll see used a lot when reading about Spoon is “consistent.” Chalk it up to singer / multi-instrumentalist Britt Daniel and stickman Jim Eno quickly figuring out their strengths—airtight rhythms, bone-dry production, Daniel’s understated swagger—and then woodshedding them until they did them better than anyone else. You know what you’re getting when you throw on a Spoon song, whether it’s produced by Jon Brion or Dave Fridmann.

But this isn’t to say that all of those songs sound the same, nor that Spoon emerged fully formed. In fact, the first releases from Spoon’s Slay on Cue vinyl reissue campaign—Telephono and the Soft Effects EP back in July, Girls Can Tell today—refute both of those claims. (A fan-curated compilation, All the Weird Kids Up Front (Mas Rolas Chidas), is scheduled for release later this month on Record Store Day.) In particular, Telephono, Spoon’s 1996 debut, will come as a shock to anyone who’s only familiar with the band’s imperial run on Merge in the 2000s. The Spoon we’ve come to know and love is crisp and clean and controlled, with seemingly every knob in the studio turned to its proper position; Telephono was recorded in a garage, and it sounds like it. It’s Spoon’s noisiest and messiest LP by a considerable margin, and is widely accepted as the band’s weakest. 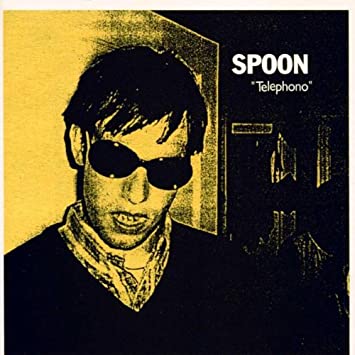 Not that it’s weak on its own merits. Telephono isn’t a bad album so much as it’s an impersonal one, wearing its influences a little too openly on its sleeve. You can hear the Pixies in a few ways—Daniel’s sudden yelps and screams, the quiet-loud dynamics, the female bassist / backup vocalist who later left acrimoniously—but there’s also the spastic brevity of Wire on short tracks like “Idiot Driver” and “Primary.” Eno emerges as the key player here, his melodic-yet-minimalist percussion already standing out as the most crucial (and, in hindsight, recognizable) element of these songs, whether he’s drumming at a frenetic pace on “All the Negatives Have Been Destroyed” or slowing things down on “Not Turning Off.” It’s fun hearing Spoon rock out in a way they haven’t since on songs like “Nefarious” and “The Government Darling,” but there’s little on Telephono that challenges its reputation as Spoon’s most inessential album.

A Series of Sneaks, Spoon’s sophomore outing (and first on a major label), plays like an enhanced version of their debut, but first they took a detour that, strangely enough, proved more indicative of their future sound. Originally conceived as a collection of B-sides for future Telephono singles, the Soft Effects EP, released in 1997, actually outshines the LP it was intended to support. Aside from the Guided by Voices-inspired “Mountain to Sound” (recorded after a tour with the band) and the fuzz-caked “Get Out the State,” the Spoon we hear on the EP already sounds closer to the band that would make Girls Can Tell than the band that made Telephono. Most noticeably, Daniel changed his singing style, abandoning Black Francis-style vocal theatrics in favor of something less exclamatory, and his songwriting became less nakedly derivative. The instrumentation behind him still sounds like run-of-the-mill ‘90s indie rock, but it’s noticeably tighter and weirder—“I Could See the Dude” hinges on a thrilling guitar anti-solo made possible by a creative pairing of a delay and a wah-wah pedal, while the final minute of “Waiting for the Kid to Come Out” features an atonal, thwacking backbeat that sounds like a pair of shoes being slapped together. They’re catchy tunes that do more with less, and, furthermore, these sonic tricks foreshadowed the studio experimentation Spoon would pull off with such aplomb on Kill the Moonlight and Ga Ga Ga Ga Ga.

Still, it’s hard to overstate what a quantum leap Girls Can Tell was. More than Spoon’s first must-own record, it’s the album that basically gave the band a new lease on life three years after being unceremoniously dropped by Elektra. By the time Spoon had signed with Merge, Daniel had rethought almost everything about the songs he wanted to write and the way he wanted them to sound. He’d stopped trying to emulate post-punk bands like the Pixies and Wire and picked up a whole new set of influences, namely the Kinks and Motown—as well as Elvis Costello, who was influenced by both. 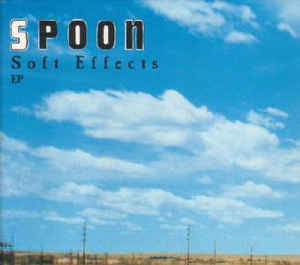 Within seconds of dropping the needle on opener “Everything Hits at Once,” Girls Can Tell almost sounds like the work of a different band. The serrated guitars that practically lunged out ahead on Telephono and A Series of Sneaks have been pared away, and are used to add texture rather than drive the melody; the mid-song solo is played on a keyboard, an instrument Spoon hadn’t used previously. (Daniel’s keyboard playing is about as central to Girls Can Tell’s sound as his guitar playing.) Eno’s steady drumming keeps the song grounded, but Daniel’s vocals are as much of a focal point, licking his wounds over what feels like the imminent breakdown of a relationship (“Don’t say a word/ The last one’s still stinging”). It’s a mellower Spoon, but not necessarily a simpler one. Like a Swiss watch, “Everything Hits at Once” runs efficiently and seemingly effortlessly, but it’s only when you try to take it apart and look at its individual components that you realize how intricate it really is.

Of course, that’s true of every song on the album. Little touches like Mellotron, vibraphone and even a viola pop up, adding subtle splashes of color to songs like “1020 AM” and “This Book Is a Movie.” And the whole album is just immaculately produced—very few albums recorded in 2000, and even fewer indie albums, sound as great as Girls Can Tell does 20 years later. But ultimately, Girls Can Tell strength lies in Spoon’s core duo taking what they were good at and becoming great at it. Eno’s neither the fastest nor the hardest-hitting drummer in indie rock, but he’s got an excellent sense of space and dynamics, almost as if he can make his drumkit play notes. And Daniel, too, brought the same level of nuance to his lyricism as he did to his singing. Where his words on cryptically-titled songs like “Don’t Buy the Realistic” and “All the Negatives Have Been Destroyed” back on Telephono felt more muddled, here, he could write songs named “Lines in the Suit” or “The Fitted Shirt” and turn them into oddly affecting portraits of corporate ennui.

He could also write songs that got at what he would later call “finer feelings.” “Anything You Want” clocks in under two and a half minutes, but that’s all the time it needs to relay a tale of yearning and heartbreak and regret with the clarity of a short story. Written about his on-again, off-again girlfriend Eleanor Friedberger (later of the Fiery Furnaces), Daniel sets the scene with tactile details of a relationship in dissolution—a case of beer split in half, a hastily-made bed (“of lies”), the devastating final confession, which Daniel sings like he’s rushing to say as much as possible before she’s gone for good. It’s arguably a perfect song, the first of several that Daniel would go on to write. That it came from the same band that had crawled out of indie rock anonymity and survived after a major label left them for dead is something of a minor miracle—an underdog story worthy of its own Spoon song.