March 03, 2021
Home Books The Catholic Writer Today and Other Essays: by Dana Gioia 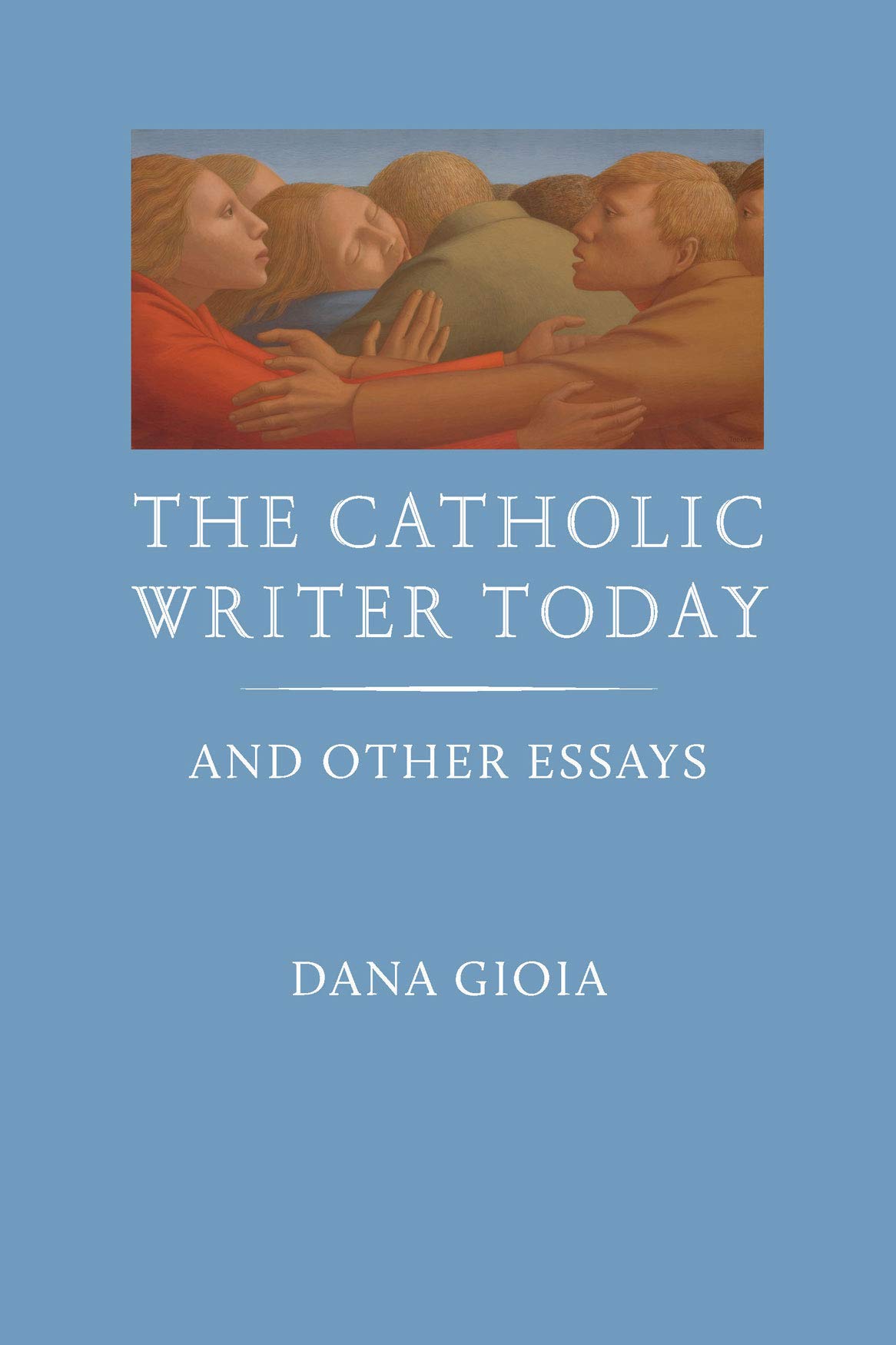 This baker’s dozen of short critiques and two interviews allows Dana Gioia, the former Poet Laureate of the State of California, to step away from his political appointment and to speak as he has often done for the value of the humanities. It also enables his commitment to his faith to gain articulation and explanation. While his award-winning poetry itself speaks of his “Latin Catholic” identity and roots grounded in his Sicilian and Mexican-American parentage, readers have not had a chance to consult his various essays in one collection until this one, from an inventive small press.

The titular essay starts off the anthology. It gained attention when it first appeared in the journal {First Things}. But when was that? One who turns to its perhaps expanded version in {The Catholic Writer Today}, as with the “other essays,” will not be enlightened. Only his two interviews append credit as to their original publication. Gioia does offer the standard acknowledgment of how the contents “have previously appeared, often in very different versions, in the following journals.” Yet a list of these, without chronological information, leaves one wondering why this time lapse remains. As a leading editor of what has long been one of the most popular college-level textbook introductions to literature (quite an accomplishment, mentioned neither by publisher nor author, oddly, in this little anthology), Gioia demonstrates careful attention to framing complex texts in their contexts.

That absence noted, the first piece contrasts, unfavorably, the post-war dynamic of American literature with a rich Catholic contribution to today’s sputtering production of few creative talents professing faith in the Church. He tallies 11 Pulitzer Prizes and five National Book Awards earned by Catholic writers between 1945 and 1965. He finds a few differences to account for a downward trajectory. Hardly any “established writers” admit they continue to practice their faith.

The “cultural establishment” persists as bigoted, suspicious or condescending toward believers. The changes since the Second Vatican Council isolated rather than sustained the vital tradition. Both critical and academic dynamics (Gioia’s a professor of creative writing at USC) recede as cultural forces with a significant Catholic presence. What remains resembles, he avers, a slum.

In Gioia’s apt comparison, he opines how today’s communal Catholic presence resembles not Florence or Rome, but Newark, New Jersey. The nation’s “largest cultural minority” seems nearly vanished from “literary discourse,” to the detriment of the whole. Within the Church, banal aesthetics, shallow worship and diminished decor persist. Gioia rallies for “faith, hope, and ingenuity” to renovate not (only) an inner city ravaged by neglect, but a revival of creativity.

His next chapters scrutinize, respectively, John Donne and Gerard Manley Hopkins as “both inside and outside” their own cultural mainstreams, as poets battling their own uncertainty and tenets. Given Gioia’s skill in gathering texts for newcomers to literature as they enter higher education, he presents such challenging writers clearly, within their era and their sampled verse.

One lesser-known enters Gioia’s spotlight. Dunstan Thompson’s “tormented struggle” as a gay man in postwar America and as a Catholic earns Gioia’s critique. The critic judiciously weighs Thompson’s successful poetic accomplishments against his considerable failures. Gioia turns then to a logical mid-century counterpart, Thompson’s contemporary in the Bay Area, once feted as “Beat Friar” Brother Antoninus, who later, defrocked, sidled back to his secular self during the counterculture as William Everson. His “polymathic career” spanned not only verse but prose and typography. A third outlier arrives through a section on the “shabby eccentric” Elizabeth Jennings. Gioia reminds readers how British literature at the middle of the last century took in many Catholic misfits, primarily converts, making it an “odd and lopsided affair.” He deftly balances his summation of its once-canonical, famed novelists against its “motley” poets.

Two lengthy interviews take up the center of these pages. Gioia cites as a key influence on his work his working-class upbringing in Los Angeles in an immigrant family. He concludes the 2006 conversation by asserting how “my sympathies are with the poor and the faithful—the people who raised me.” In 2012, he insists: “Beauty is not a luxury.” The last essays extend this assertion, albeit spread among a disparate array of examples. The epistle of Paul to the Philippians, martyrs under despotic regimes in modern times, George Tooker’s Greenwich Village revived, realistic painting and Luis Tapia’s statuary represent Catholic accomplishment.

So does the final entry. It’s brief, but it conjures up how chant was sung by Gioia in the modest “model” suburb of Lakewood (a vast Southern Californian conversion of bean fields into tract homes near massive airplane factories after WWII) and how the pursuit of the aesthetic and the spiritual combined to make him the poet-professor of today, a few miles north of his home turf. As he concludes, “art is mysterious,” while music may generate what the intellect fails to spark.