March 03, 2021
Home Music Bright Eyes: Down in the Weeds, Where the World Once Was 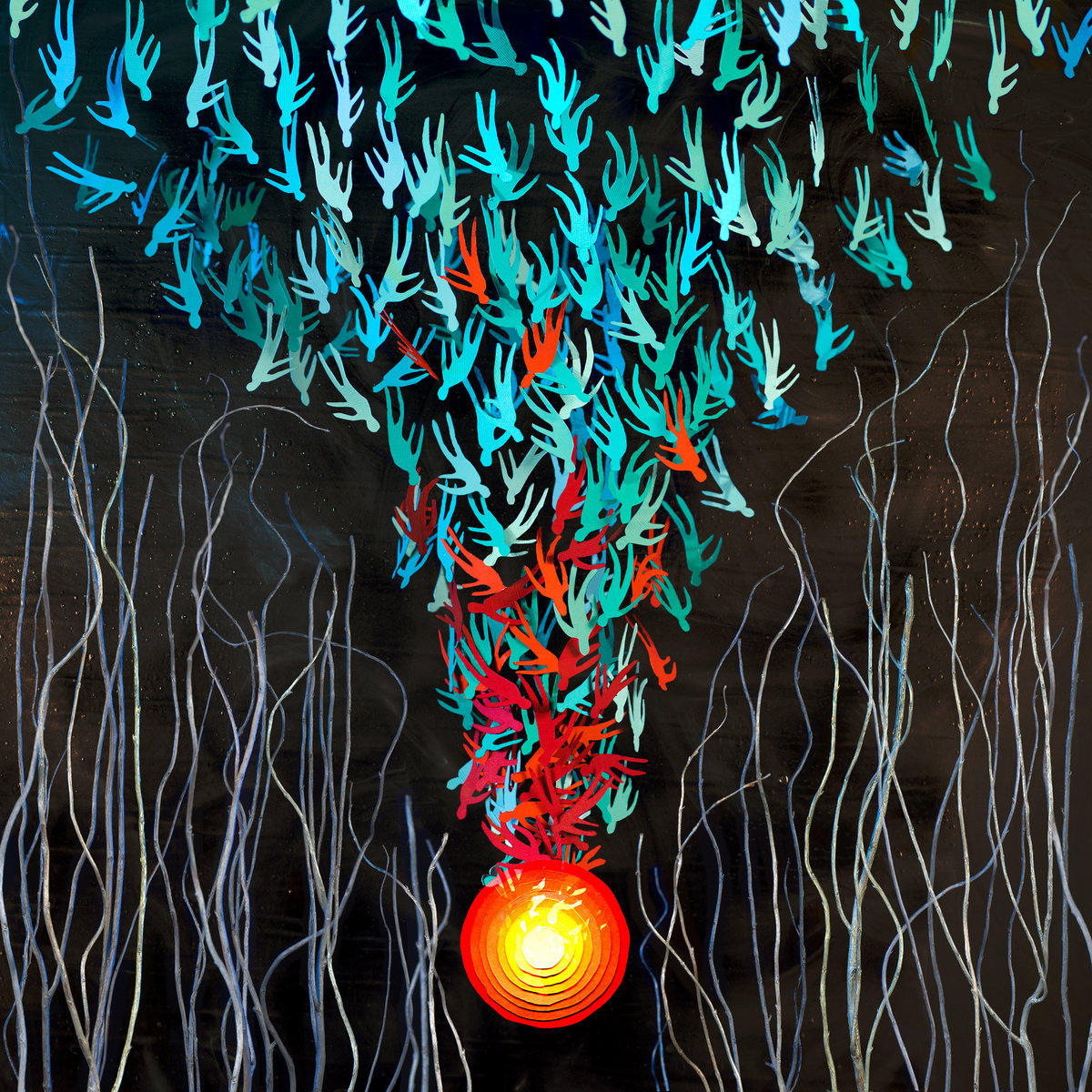 On the very first track of Down in the Weeds, Where the World Once Was, we hear a seemingly pointless story, with all of the intrigue of your mother telling you a boring anecdote when catching up on the phone, or at worse, someone’s accidental butt dial. The story is, on its surface, told by Bright Eyes frontperson Conor Oberst’s mother (who is, it’s worth noting, high on shrooms), centers around a rose bush at a florist in Nebraska, which was torn up during home renovations, but which grew back in the same place later. “Why did Bright Eyes include this conversation on their first album in 9 years?” you may ask yourself. On repeat listens to Down in the Weeds, the meaning becomes clear: everything changes, but nothing ever really does.

Eleven years ago, Oberst was frank about the end of his beloved Omaha band: “It does feel like it needs to stop at some point. I’d like to clean it up, lock the door, say goodbye.” For a long time, he stuck to his guns as his life shifted and changed, making albums under his own name, and with his friend Phoebe Bridgers as Better Oblivion Community Center. Then, one Christmas at the home of multi-instrumentalist Nate Walcott, he realized that they weren’t getting any younger – maybe it was time to make another record? In the words of Oberst’s friend Denny Brewer at the beginning of the “final” Bright Eyes album, The People’s Key: “And you have to believe in the future, it’s what we have to do. We progress, we always progress.”

Down in the Weeds, Where the World Once Was sounds like the kind of progress you’d expect from a band known for their persistent sonic shifts – but even within those expected changes, more noticeable ones emerge. Look at “Pageturners Rag,” that ragtime piano and mushroom-fueled opener: while the Bright Eyes of the past would have defiantly sewn it together with the following track as a deterrent for casual listeners, “Dance and Sing” stands alone, that loopy intro entirely skippable. This change ultimately doesn’t alter the course of the album, but it signals a willingness to allow anyone in, regardless of their tolerance for old women high on hallucinogens.

There are massive orchestral elements all over the place, full of background choruses, woodwinds, string sections, and on “Persona Non Grata,” bagpipes – and if that wasn’t weird enough, they got Flea to play bass on half the record. There’s still plenty of throwbacks, though – “Mariana Trench” sounds like if the vocal track from a Cassadaga track were fed through the shiny machines that helped produce Digital Ash in a Digital Urn, right down to its electronic-sounding drums. On “Pan and Broom,” most everything is stripped away and replaced with Casiotones. It’s an excellent track on its own, but a jarring one when wedged between the string swells and spliced vocals of “One and Done” and the equally dense “Stairwell Song.” It’s an awkward fit, but it pays off to have the strange moment of quasi-peace partway through an album this full.

Here, Oberst wrestles with plenty of different sorrows, but in a move that nobody could have anticipated, he seems to actively stave off any of the punishing sorrow that has appeared on every single Bright Eyes record to date. The death of his brother Matt comes up frequently – the album’s title even comes from a scrapped flipbook that he began to help him to, in his words on “Dance and Sing,” “grieve what I have lost/ Forgive the firing squad.” Matt Oberst’s specter looms large over Down in the Weeds, at times literally: “Tilt-A-Whirl” recounts a dream where “My phantom brother came to me/ His backlit face was hard to see/ I couldn’t move, I couldn’t scream.” Even the most mournful songs, like “Persona Non Grata” dodge the solitary sound of tracks like “Lime Tree,” “Lua” or “Ladder Song,” the feelings paired with arrangements teeming with life and strained joy – and, yes, bagpipes. Songs steeped in religious iconography like the magnificent “To Death’s Heart (In Three Parts)” almost feel triumphant in their grief-processing, a true step forward for him. His brother’s death isn’t even the only one grappled with – “Calais to Dover” eulogizes the band’s former tour manager Simon Wring, who passed away in 2011. Considering that, “Calais” shouldn’t bloom in the way it does, but as he sings “Because everything’s changing/ Don’t want to state the obvious,” an honest-to-god, stadium-ready guitar solo erupts, prime to help melt your face and your misery.

For once, though, this isn’t all about Conor Oberst. The trio of Oberst, Walcott, and multi-instrumentalist Mike Mogis also sound more like a unit than they ever have, helping put to bed the persistent belief that Oberst is the true center of the Bright Eyes universe. Walcott’s arrangements on every song are exquisite, used to complement the lyrical drama spectacularly. The shroom-fueled conversation from the beginning comes back in snippets, adding to the feeling that Down in the Weeds is a full experience, rather than a collection of songs, and thankfully they never feel intrusive or unnecessary. And though picky fans may turn their nose up at the arrival of a record this slickly produced and packed with sounds, Mogis works chamber pop wonders here, giving the music a living, breathing world to exist in. When paired with the Rastafarian concept of “I and I” as opposed to “You and me” (“You and me, that is an awful lie,” Oberst sang on “One for You, One for Me”) that appeared on The People’s Key, Down in the Weeds feels like the lessons learned within that record put into wider practice.

Time, and the way it operates, has always been a concept within the Bright Eyes canon – its arc, how to pass it, and how “If there’s no such thing as time, you’re already there, and you’re controlling the cycle.” Bright Eyes waited just under a decade to reemerge, but Down in the Weeds miraculously sounds like no time has truly passed. The faithful will be delighted to find that no rust exists on the facade, and even though they’ve changed their sound up, they’re still the Bright Eyes that left us early in the last decade. Like that rose bush that Nancy Oberst rambles about at the beginning, Bright Eyes was maybe always destined to return – and, thankfully, they’re just as beautiful as you remembered.