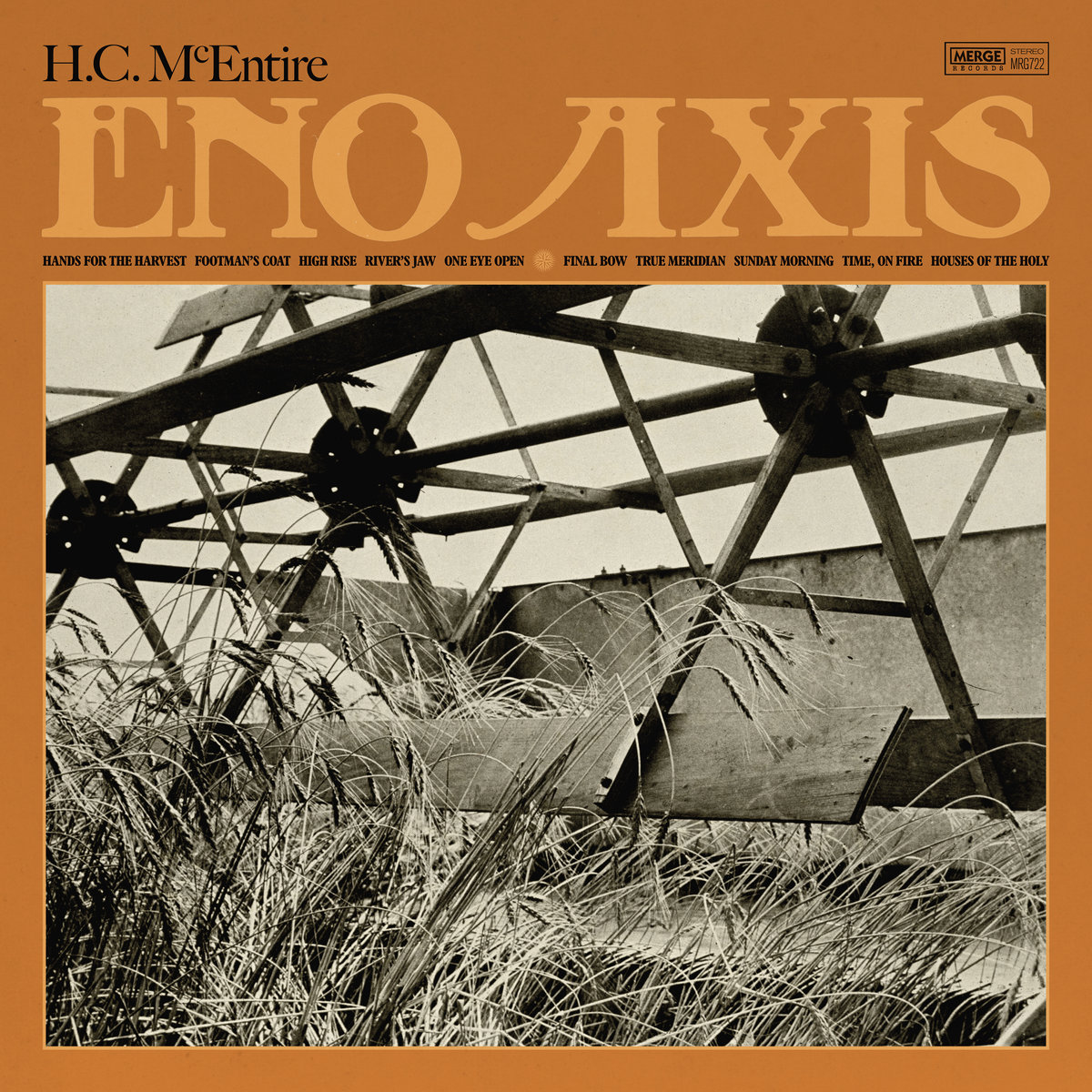 The new H.C. McEntire record, Eno Axis, starts not with the country-fried guitars of her debut, 2018’s excellent Lionheart, but with the gentle pulses of a pipe organ. And here, the organ is accompanied not by an acoustic guitar (too obvious a choice) but by McEntire’s lament-filled croon and that croon alone. It’s a devastating and devastatingly to-the-gut detail that belies McEntire’s debt to gospel (her parents were evangelicals working in tandem with Billy Graham). If the sequencing of the opener is a soothsayer for the direction of the record, it’s that McEntire is reaching deep into her bag of tricks to unfurl something less anticipated – and less genre-adherent – than country ballads sung with a trademark voice. Through the course of 10 beatific tracks, McEntire, already one to buck convention, time and again throws curveballs at the listener expecting organic country fare and the result is a pretty riveting collection of soulful spirituals, soulfully produced.

McEntire gets a lot of mileage out of wet reverb and the pedal steel’s weepiness on Eno Axis, lending songs like the deceptively complex “High Rise,” or opener “Hands for the Harvest,” a kind of pensive, even at times mournful quality. (That former song’s key take-away, though, has got to be the electric slide, whose beautifully recorded bottleneck sounds like a harmonica.) On the rich “One Eye Open,” possibly one of the record’s best tracks, it’s even hard to tell where the pedal stops and the electric guitar notes begin; the production is that nuanced and that atmospheric. On “Sunday Morning,” McEntire utilizes similar diffusive techniques, this time blurring the strings of electric and acoustic guitar with what could be, far off in the background, a touch of piano.

But this is far from a record ripe with recording trickery but light on content. Look to “Time, On Fire,” which is a bizarrely engrossing pop-country nugget that somehow only runs three minutes long. (Its earworms are the new LP’s equivalent of Lionheart’s “Red Silo.”) Here, McEntire lets the acoustic guitar slip to the surface but it is buttressed by layers of echo-laced electric guitars, a bouncy, mixed-just-right electric bass, even a shuffling backbeat. The closing minute is pristine to a T, with not a note or a reverberation out of place but somehow still presenting itself as warm and instinctive. Elsewhere, say on “Final Bow,” whose lollygagging pace (oddly enough) owes some of its tone to Tom Petty, the songwriting shines. Here again, though, McEntire’s voice is heavily treated with shades of reverb; it lends a staginess to the material that distances it from the singer-songwriter roots of Lionheart.

Eno Axis closes with the familiar McEntire staple “Houses of the Holy,” whose details – a droning Hammond, an evenly metered soul-rock guitar solo – owe more to artists like Jolie Holland than any conventional country crooner. Two records in (discounting Mount Moriah’s output), it’s hard to tell if the new LP is an apotheosis or merely a way to shake up the proceedings. Either way, it’s an axis worth traveling.

The Chicago veterans hope that people will like their long-awaited debut album, “beyond ou…