Out of all the filmic tropes out there, one of the most stressful is when a driver of a car looks at their passenger (or worse, the backseat) for long enough that you begin to fear they’re going to be in an accident. This happens a few times in Derrick Borte’s Unhinged, and yet these moments are among the calmest, least anxiety-inducing moments in the entire 90-minute runtime. This is a film that takes all the horrors of operating a motor vehicle and amplifies their terror to 11. The fear of road rage and ignorant drivers using their phone, the anguish of traffic and the heart-stopping jolt of narrowly avoiding an accident; it all takes center stage in Unhinged, prompted by a too-aggressive honk at a traffic light.

The driver is Rachel (Caren Pistorius). She’s running behind for dropping her son, Kyle (Gabriel Bateman), off at school, going through a divorce and was just fired by a client for running late. So, when a gray 4×4 pickup in front of her doesn’t move at a green light, she lays on her horn in impatient frustration. Big mistake. The driver, credited as “The Man” and embodied in a ferocious performance by Russell Crowe, catches up with Rachel and converses with her at the next stoplight. He reminds her of what “courtesy tap” is when it comes to horns, and asks her to apologize. She doesn’t.

From here, we take off and never let up. Unhinged is one of the most stressful thrillers of recent memory, and arguably the best “car chase” movie since George Miller’s 2015 masterpiece, Mad Max: Fury Road. It’s certainly not of the same caliber, not at all, yet this movie is far better than one would anticipate. In another universe, this is a sloppily directed C-grade thriller starring some action star (probably Gerard Butler or something), taking on the role of The Man with stagnant inertia. Instead, we’re given something shockingly good, continuously surprising and profusely rewarding.

Borte’s dynamic direction keeps the motion of the road interesting, and it combines finely with the film editing by Michael McCusker, Steve Mirkovich and Tim Mirkovich. These conjoined elements, along with Brendan Galvin’s cinematography and David Buckley’s score, create a white-knuckle fist of an experience that relentlessly punches you in the face again and again. It’s the epitome of what the thriller genre should be, as it does exactly that and more. Thrills don’t even begin to describe the edge-of-your-seat, jaw-dropped, yell-out-loud experience that Unhinged ends up being. There’s a shot of vehicular mayhem in the film’s midsection that very well might make you scream. And then the shit just keeps on running like the Energizer Bunny on a cocaine binge.

At the center of it all is Crowe’s magnetic madman, who is introduced in the first scene brutally murdering a couple in their home, then burning it down. The violence of the film is not necessarily gratuitous nor gross, yet it still manages to be cringeworthy in its coldness and cruelty. Crowe gives a vicious and sweaty performance, his screen presence dominating the frame for more reasons than just his bodily girth.

But this is not to discredit the phenomenal performance by Pistorius, too, as she delivers nonstop in her portrayal of not a damsel in distress, but a smart woman in a fucked-up situation who is trying to find the best way out of it. Her stress is our stress, and boy is it a tremendously trying trip of unease. The film builds and builds to a satisfying third act and manages to keep its momentum through to the end (and it’s worth noting that the film’s equivalent of “Yippee Ki Yay, Mother Fucker,” delivered by Pistorious, is truly one for the record books).

It may make you never want to drive a car again, but Unhinged absolutely rules, and it’s a shame that a movie this worthy of the big screen experience is being released at a time like this. It’s essentially the COVID-19 test tube baby for just-reopened AMC multiplexes, and it’s utterly reckless and irresponsible. Don’t be a fucking idiot. The movie’s really, really good, but not worth dying for.

Holy Hell! In the Mood for Love Turns 20

The most lasting impacts of the film rely on memory, both in its aesthetics and its stirri… 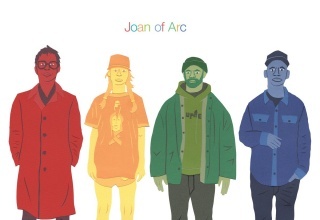