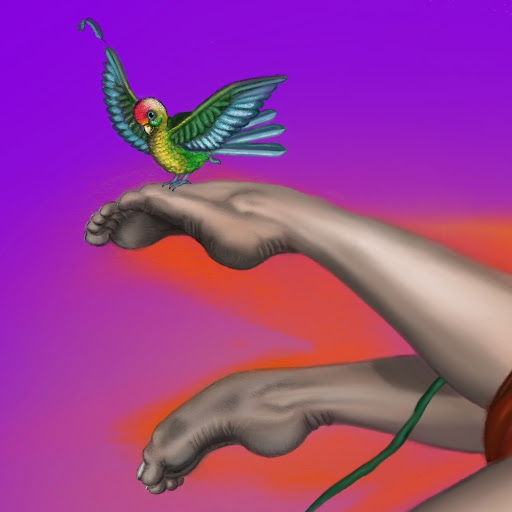 Kiesza deserves to celebrate. Despite the hurdles thrown her way since her 2014 debut, she has returned to pop music unburdened by the weight of Island Records. At last, the bird heard on “Hideaway” (c’mon – those “oohs” and “aahs” are birdsong made for the Top 40) is set free on her comeback album, Crave, carried upwards by dance-pop synths and the rush of uninhibited emotion.

This time around, Kiesza travels 20 years into the future, from the ‘90s to 2010s pop, a bit of Betty Who/Chvrches with a touch of Georgia. The shift is worth noting; Sound of a Woman’s house sensibilities weren’t just Island’s doing – her initial return to music, “Phantom of the Dance Floor”, sans Island, also occupied that lane, one where Kiesza seems most at home.

Here, Kiesza gives herself over to her passions, which thrusts a person into uncharted territory. Where the production is much louder and direct, she is forced to match it.

Uncharted definitely describes the ways in which Crave’s tracks are arranged. For one thing, “Love Me With Your Lie” ends only to drop directly into “When Boys Cry,” a transition that jars the listener from two of the album’s better songs. The former falls a little closer to her original dance music leanings, while the latter likewise looks back on the minimalism that allows her voice to carry through. Not to mention, both songs are where she sounds the best, in a lower alto as opposed to the layered belts heard elsewhere.

A common criticism of Kiesza centers on her voice, which can fall flat. On Sound of a Woman’s “Giant in my Heart,” the strain works; trying to get over this colossus requires hurling herself over its head, a task that would certainly cause some tension. However, she really pinches for those notes on the verses in “Run Renegade,” where the mentality should be to bare low and charge forward. Again, Kiesza is capable of higher notes, but the effect is best when the production stays subtle rather than attempt to match her bombast.

For example, on the initial verse on closer “Dance With Your Best Friend,” the instrumentation surrounds Kiesza but allows her to fill it with her voice. Thus, it is a shame that LICK DROP comes in with the most awkward, clichéd chorus one could imagine, ruining the momentum she and her other collaborators (Cocanina and Shan Vincent de Paul) already accrued. To stick the dismount, Kiesza needed to keep the bonus tracks: “Sweet Love” (far better at ominous love than “Love Never Dies”) and “You’re the Best,” where her fully nasal falsetto is enhanced by twinkling chimes and a playful snare drum.

The problems with Crave are not so much grand missteps as they are miscalculations. That said, mistakes come with living recklessly, and Kiesza seems more likely to learn from them than repeat them. Keep your eyes peeled.