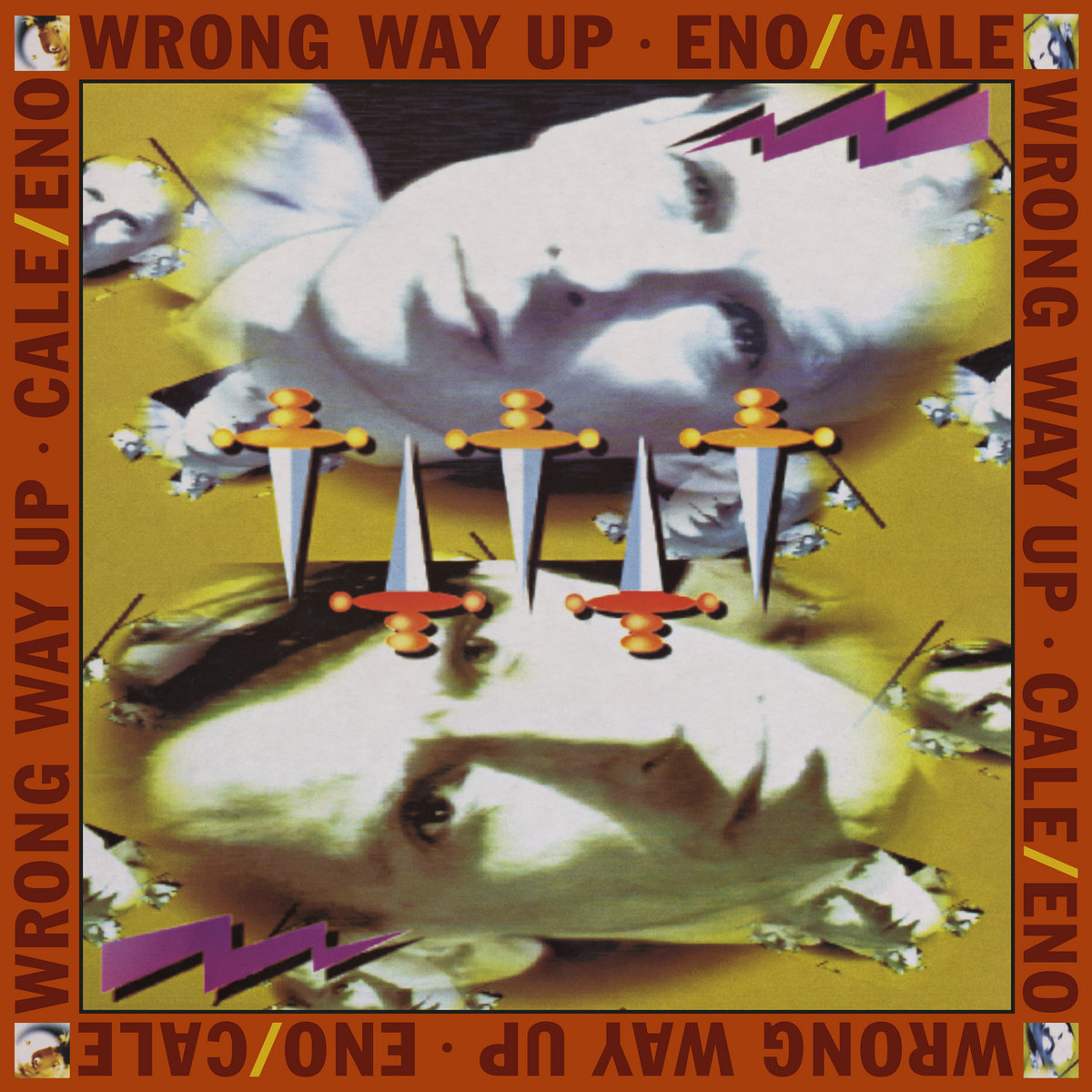 Brian Eno’s 1990 collaboration with John Cale, Wrong Way Up and his 1995 collaboration with Jah Wobble, Spinner, have been reissued with extra tracks and, for the latter, with additional writing by Wobble and Eno. Both are worth revisiting, and together they work well to remind one of the sheer breadth of Eno’s productivity as well as his playfulness, which is often overlooked in the (now) elder statesman of generative art, ambient music and high-spec production work.

It was with Eno’s production of Cale’s 1989 album Words for the Dying that, after decades of singular collaborations and associations, the seeds for a full-length project took root. Justifiably lauded upon release, 1990’s Wrong Way Up was, and remains, utterly gorgeous. Soft, pastoral pop songs mix with somber notes in a crisp and pert production, all of which belies the often-troubled conditions of the album’s birth, the two friends apparently bickering throughout. And it’s a joy to be reminded of Eno’s singing voice, described so gloriously by Geeta Dayal as “paper-thin like a piece of phyllo dough,” a thin and warmly nasal delivery “giving way to a layered, golden richness.” It’s just such a voice that makes perfect sense of the album’s gloriously silly opening line “I am the crow of desperation,” and lends an unexpected emotional weight to the song’s rejoinder that “I was concealed/ Now I am stirring/ And I have waited for this time.” And while some of the specific sounds might have dated, the production sheen just a little too bright and brittle for contemporary ears, “Lay My Love” immediately harks back to the brightest moments of Eno’s first four albums of slightly askew pop songs.

Through the album, Eno and Cale trade places as the primary voice, similarly sharing producing and co-producing roles, and it’s Cale who carries the most emotionally resonant of the album’s tracks, the sweetly melancholy “Cordoba.” With the lyrics pulled from, or inspired by, a Spanish phrasebook, the short declarative sentences play out like a series of fragments from a biography: “A man was sleeping under a tree/ He wrote to me from Cordoba” and “We waited at the door, but he didn’t come/ According to his father, he’s very ill” hinting at a lifetime of events and situations glimpsed in passing and captured in these simple moments. The odd honky-tonk of “Crime in the Desert” rolls along, driven by Cale’s frenetic piano playing, while “Been There Done That” sees Cale singing over the kinds of bubbly synth-pop that might have fallen between later-period Talking Heads and post-“Sledgehammer” Peter Gabriel. “Spinning Away” is held together by a gentle guitar motif, over which Eno’s voice manages to be both plaintive and firm, adding that special sensitivity to lines like “One by one, all the stars appear/ As the great winds of the planet spiral in/ Spinning away, like the night sky at Arles.” 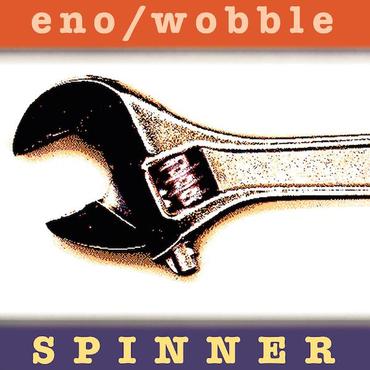 Spinner is, on the other hand, a very different beast. Comprised of pieces originally composed for Derek Jarman’s final film Glitterbug, Eno reportedly handed what had been written to Jah Wobble and left him to it, having no further hand in the production process. In return Wobble chose to leave some of the tracks alone, while others became starting points for entirely new compositions. Eno would later note that “I didn’t even hear it all till it was finished. [….] Everything that he [Wobble] put on, he produced. Anything you hear looming around in the back is probably what I produced….”

Unlike Wrong Way Up, Spinner was not particularly well-received upon release, one review noting “Play this for motivation while you clean the house, and you’ll wind up dozing on the sofa.” In retrospect though, which is the true glory of reissues, that’s more than a little unkind and Spinner emerges as the more uniquely interesting of the pair. Unsettling in places, of course, but full of unexpected moments where Eno’s familiar broad synth washes and tones are disrupted, the soft modulations pierced by rhythms that rise and take over, as in “Steam” which evolves into a Krautrock-esque juggernaut, evoking Popol Vuh in places and Cabaret Voltaire in others before settling back and transitioning into “Garden Recalled,” a far softer track formed from a gentle set of bell-like figures that recall “By This River” from Before and After Science and which is one of the tracks Wobble wisely left untouched.

“Like Organza” sees Wobble playing along to Eno’s bell-like structures, his muscular bass settling into the lower spectrums while the bells and gongs are struck and organ notes emerge and dissipate. “Transmitter and Trumpet” features Can’s Jaki Liebezeit on drums and percussion while “Left Where It Fell,” previously considered the album’s oddity by less sympathetic reviewers, emerges as the album’s oddly affecting finale, a 20-minute dub-Kraut workout where Eno’s synth washes and drones are matched by Wobble’s lolloping bass, stereo-panning flutters and then, at the seven-minute mark, silence for five minutes until the track resumes, a piano adding a jazz-noir touch to the song’s elements as they gradually reappear and continue, the kosmische beginning transformed into something Angelo Badalamenti would be proud to lay ownership to.

It’s a delight to see these albums reappear, with the added tracks fleshing out their original visions and accompanying essays providing production histories and other insights. Wrong Way Up is still delightful, managing to find that fine line between emotionally sincere and effortlessly fun, while Spinner is if anything, the more aurally arresting, the one to curiously return to if only for the fact that it marks a rare place in Eno’s catalog where he happily handed control over to someone else.