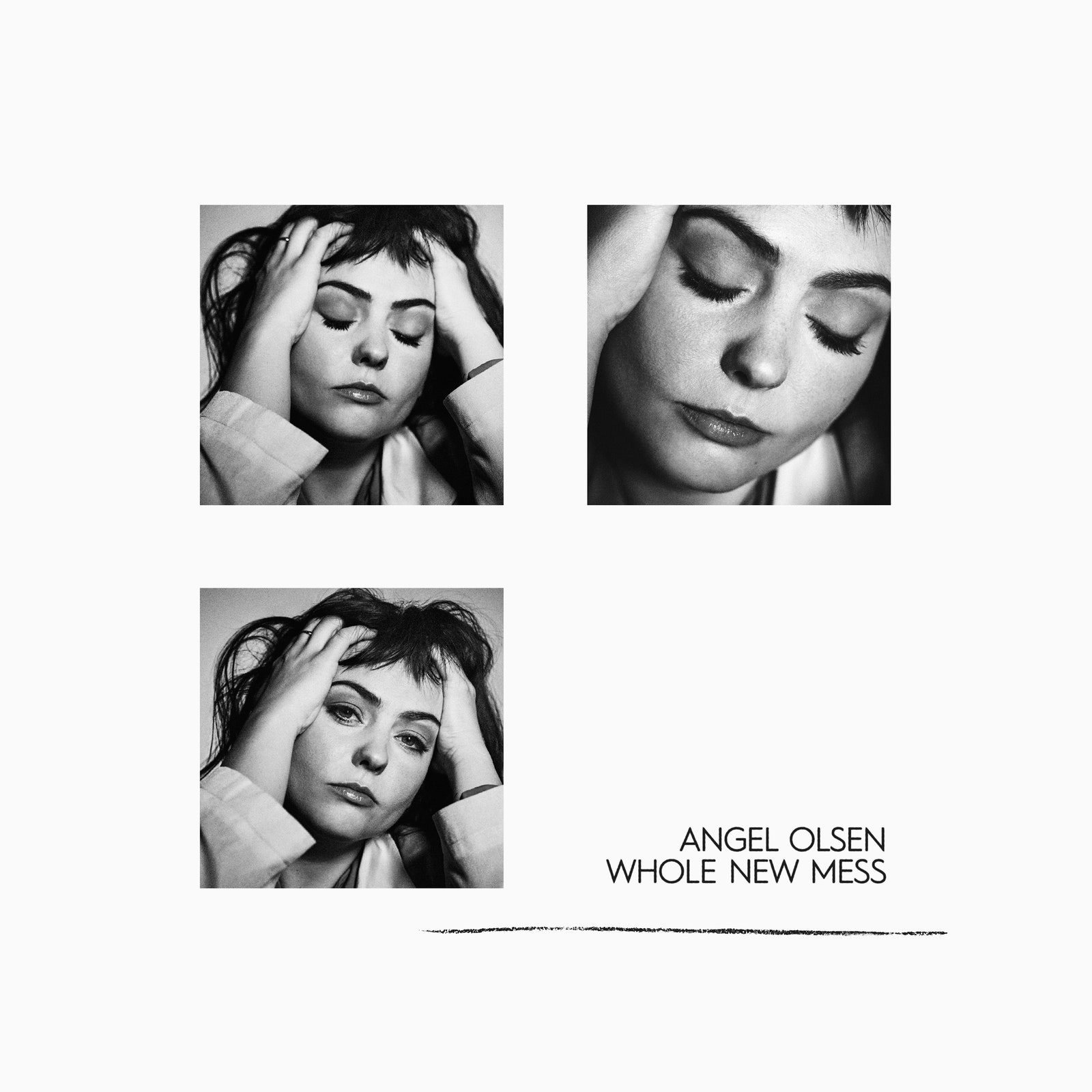 With last year’s All Mirrors, Angel Olsen pulled off her most arresting transformation yet. After three albums and an EP of guitar-centric indie folk and rock, the singer-songwriter’s fourth record was a dark and dazzling set of lushly-orchestrated songs that sounded more like the work of Scott Walker or Angelo Badalamenti than a girl at the bottom of a dark well. All Mirrors seemed to absorb light as much as it reflected it; moreover, it felt so forceful, so complete that was almost impossible to imagine that its songs ever existed in stripped-down forms.

And yet, a stripped-down album is exactly what All Mirrors almost was. In the aftermath of a devastating breakup and an exhausting year of touring behind MY WOMAN, Olsen embarked on a solo tour, revisiting the folk songs of the Strange Cacti EP and Half Way Home. Inspired by the rawness and simplicity of her own work, she wanted to take her next album back to the solitary, acoustic territory she had emerged from. But shortly after laying her new songs to tape, Olsen recorded them again with an 11-piece orchestra. That album, with string arrangements by Ben Babbitt and Jherek Bischoff, was released first as All Mirrors, and now the initial acoustic versions are finally being released as Whole New Mess.

As much praise as All Mirrors deservedly drew, those who were more critical of the record largely took issue with the sheer decadence of the arrangements and production – and indeed, it’s easy to imagine longtime Olsen fans being taken aback at the Wall of Sound-style instrumentation on “Lark” and the title track. Those fans will no doubt be overjoyed to hear these haunted and hazy takes on the songs, some almost like demos, and to hear Olsen’s vocals again at the forefront: her singing on “(Summer Song)” and “Chance (Forever Love),” in particular, is just heartbreakingly gorgeous. But at the same time, Babbitt and Bischoff’s orchestration was as integral to the songs as they appeared on All Mirrors as was Olsen herself. What would the songs sound like without them?

“Lark,” the most sonically overwhelming song Olsen has ever recorded, becomes “Lark Song,” which lacks the volatility of its counterpart but gains a simmering tension, as if the missing string section could burst back in at any moment. On All Mirrors, the title track and “Impasse” sounded vast and expansive, with dynamic clouds of strings that threatened to engulf the listener; in contrast, “(We Are All Mirrors)” and “Impasse (Workin’ for the Name)” stay in one place, but practically beckon you in. If the orchestration on All Mirrors sounded as if it could fill out a room, Olsen’s voice and guitar on Whole New Mess echoes out into empty space, allowing you to hear just how big that room is. (Whole New Mess was recorded in Anacortes, Washington at the Unknown, Phil Elverum’s converted church studio.) These songs are simpler, but only rarely do they sound hollow or spartan.

Furthermore, the song sequencing on Whole New Mess is significantly different than that of All Mirrors, which helps establish Whole New Mess as its own record telling its own story. In other words, this is not No Mirrors or Broken Mirrors, and it’s something more complex than All Mirrors: The Demos. No longer an opening fireworks display, “Lark Song” is recontextualized as a late-album slow burn on Whole New Mess – a new morning after the desolate “Tonight (Without You).” Preceding that track is “Waving, Smiling,” one of two new songs, which Olsen has described as “a slow-motion realization of love not lost but at peace somewhere within myself.” With this in mind, the way “Waving, Smiling” sets up “Tonight (Without You)” makes the latter song’s kiss-off – “And it’s not because I don’t love/ Just don’t have time to explain/ All the things you think you’ve come to understand/ About me” – hit that much harder.

But the bouncy “What It Is (What It Is)” makes for a more ambiguous closer than “Chance,” the final track on All Mirrors. Olsen sang “Chance” like a heartfelt plea to cast off empty promises of “forever” in exchange for love in the present moment – an attempt to escape a cycle by letting yourself forget you’re in it. “What It Is (What It Is),” on the other hand, feels resigned to that cycle. You’ll tell someone that you love them, even if you’re not actually in love with them. It’s easy to say shit when your heart’s full of shit.

So it’s fitting that Whole New Mess’s title track opens the album and marks the beginning of the cycle all over again. “I think I’ll really do the change,” Olsen sings, moments before admitting to herself that she’ll probably “Make a whole new mess again […] Take a photo for the press again.” We don’t know how many times she’s told herself she’ll make a change, or how many more times she’ll tell herself that. She’s made messes before, and she’ll make them again—but most importantly, we know she’ll get back on track, and keep writing songs that make us want to make some messes of our own.