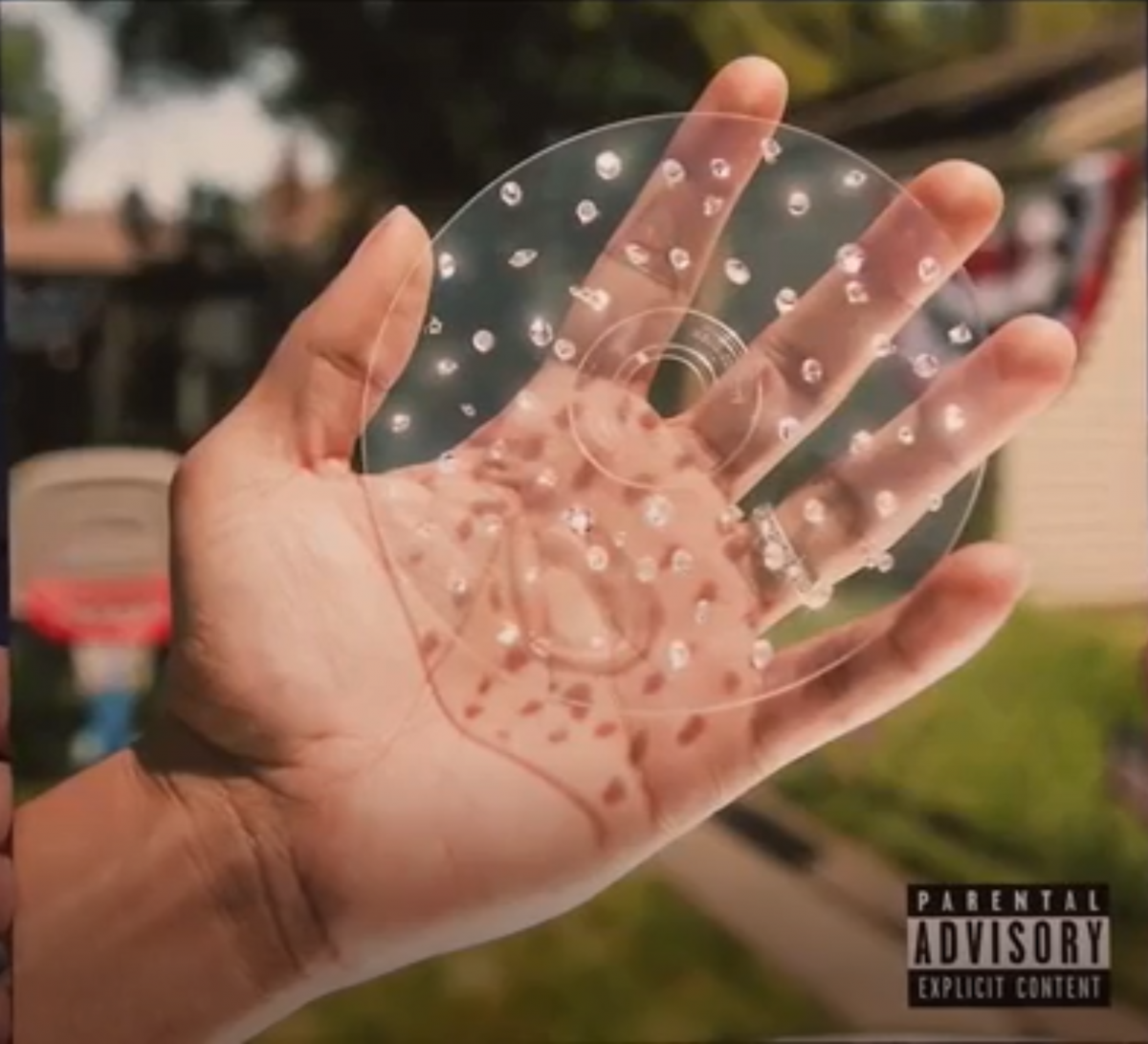 The Big Day was widely declared the biggest let-down of 2019. The most high-profile names in hip-hop, from Kendrick to Travis to J Cole, had no slated releases, so when Chance the Rapper announced his debut album would be released in July, everyone thought it was going to be the Chicago rapper’s year. After all, he hadn’t stumbled yet: with three brilliant mixtapes and a massively underrated but respected side project with Donnie Trumpet & the Social Experiment under his belt, Chano seemed unstoppable.

Alas, one scroll through r/chancetherapper confirms that Chancellor Bennett’s debut album was, to put it bluntly, laughable. The album’s biggest hit, the grating “Hot Shower,” can mostly attribute its popularity to the memes it spawned. And when fans weren’t making fun of “hot damn, hot water, hot shower,” they were teasing Chance for the borderline obsession with his wife he expresses throughout the record’s 77-minute runtime.

Over a year later, most people have forgotten about The Big Day. Free from the noise that surrounded the album’s disastrous release, however, it might be worth a re-listen. There remain far too many inexcusable moments, but with a handful of solid tracks and even a few gems among them, an argument could be made that The Big Day’s abysmal track ordering is a major contributor to the record’s failure. So, here is a version of The Big Day whose narrative more gracefully articulates both the joys and anxieties of undergoing a life transition as significant as marriage.

1. “All Day Long”
“All Day Long” is yet another good ass intro from Chano. With a straightforward but appropriately celebratory chorus from John Legend, The Big Day’s opening track has all the features of a great Chance song: frenetic bars, bright horns from the Social Experiment and groovy production. Sure, its lyrics have little to do with the album’s themes, but “All Day Long” is the perfect hype song to announce that Chance is back.

On this version of The Big Day, each of Chance the Rapper’s attempts to express his joy and love on his wedding day proves to be insufficient in staving off his anxieties. The first of these attempts is “Let’s Go on the Run,” a foot-tapping reunion with “All Night” feature Knox Fortune on which Chance beckons his wife to run away with him. In the original tracklist, Chance seems unaware of how ridiculous his “plans to hug and hug and hug you” sound. Placing this track right at the beginning of the record, on the other hand, portrays a Chance that isn’t shy about his tendency to get carried away with his emotions. He’s a flawed character with whom we can get on board as we follow him through the emotional highs and lows of his big day.

“5 Year Plan” is this tracklist’s first comedown, both emotionally and sonically. As he will time and again, Chance psyched himself out on “Let’s Go on the Run.” He suddenly recalls the “things that’s in the way of my goal,” from past addictions to the stress of a career on the road. After trying to sort out his priorities with a structured five year plan that includes taking vacations, reflecting and confessing, Chance fails to quell his anxiety. The once silly questions Chance ends the track with (“Why do worms prefer habitats? Why did it occur where it happened at? Why ain’t no apples in Apple Jacks?”) now reveal that Chano has no answers for how he will balance his career with a successful marriage. Randy Newman’s warm vocals over a tender piano line lift Chance out of these depths, and the Chicago rapper is again able to focus on his wife.

Newman closes “5 Year Plan” with the line “The one thing left to say is…” If you think Randy Newman was going to finish that sentence with the line “You want a bag, you get a bag,” which is what follows “5 Year Plan” in the original tracklist, more power to you. I prefer to follow the ballad up with “I got you, you’ve got me.” This is another celebration of love, but now Chance is committing to his wife no matter where they go. Contrasted with the naive escapism of “Let’s Go on the Run,” this stronger foundation of love is the first evidence of growth in our protagonist, and our attention is held by a joyous four voice chorus that recalls the familial spirit of Donnie Trumpet and the Social Experiment’s Surf.

Thematically, “Eternal” doesn’t do much to advance the narrative of the wedding day, but the track features some of Chance’s better vocals and a nice laid-back feature from St. Louis rapper Smino over a solid groove. Maintaining the focus on Chance’s lifelong commitment to his wife, “Eternal” slots in neatly after “I Got You.”

All this talk about spending an eternity together has Chance pondering his mortality. Enter “Sun Come Down,” one of the best produced and most emotionally resonant tracks on The Big Day. Bennett fears that his time will end before he can say how he wants to be remembered, and he shows a refreshing glimmer of maturity as he entrusts his bride with his legacy, asking “Please don’t make no holograms, don’t wanna do it twice / You wanna use my likeness, please approve it through my wife.” Chance also gracefully articulates his struggle to adequately communicate his feelings, fearing that he’ll “let the sun come down without letting you know exactly what I mean, exactly what you mean to me.”

On “Do You Remember,” Chance declares “First album, every track could be the outro.” Though this is hardly true, it’s nevertheless baffling that he would choose “Zanies and Fools” to close out The Big Day. The track makes far more sense as a follow-up to the forward-looking “Sun Come Down.” Having spent the first act of this new tracklist grappling with his future, Chance shifts his focus to the past. Beginning with a smooth transition into Darius Scott’s emotional intro, “Zanies and Fools” opens up with a lively stomp beat as Chance tells the story of how he and his bride met.

The Big Day’s catchiest track continues Chance’s reflection on the past. Death Cab for Cutie’s Ben Gibbard and Chance bring the nostalgia as they memorialize the summer of 2019. Such oversentimentality is put to better use here, an immaturity that foreshadows a darker anxiety Chano holds about his past.

The Big Day’s skits are largely tedious and contribute little to the album, but if one were to make the cut, it’s “4 Quarters in the Black.” In this interlude, the character of what must be Chance’s uncle passive aggressively toasts to the rapper’s success. The speech devolves into a flurry of “wisdom” that includes “You need to start saving money,” “You need to pay me that money you owe me,” and “You need Jesus.” It’s enough to trigger a panic attack, or at least convince Chance to drown out the noise in the bass heavy dance tune that follows.

10. “Ballin Flossin”
The bass line alone is enough to earn this track a spot in the tracklist. Chance sounds drunk midway through the song as he drowns out the pressures from his family and his past, and there’s an ominous tone here that does well to drag our protagonist further down.

Chance hits his lowest point on “Roo” as he and his brother Taylor furiously spit the demons of their childhood. No matter how hard he tries, Chance can’t escape the “baseball bats” and “PTS” from his past. CocoRosie’s haunting chorus and Nico Segal’s distorted trumpet solo create the album’s darkest moment, a fever pitch up to which this version of The Big Day has been building since track one.

“We Go High” is a somber piano ballad on which Chance recalls the highs and lows of his relationship with his wife. Having faced the root of his trauma on “Roo,” he is exhausted but able to work his way through his history back to the present, finally guessing that “This the part of my life my Lifetime movie prolly ‘bout.” Thematically and sonically, it’s a well needed breather after “Roo” and before the album’s climax.

This unreleased track, which Chance played alongside Daniel Caesar and Nico Segal on “The Late Show with Stephen Colbert” in 2017, was somehow omitted even though it serves as the perfect mission statement for The Big Day. Chance reflects on the sacrifices he has made to achieve his goals, missing everything from his prom to his daughter’s first years and lamenting his choice to “have a dream and then never wake up.” Caesar’s melancholy guitar line buoys a remorseful Chance, who finally realizes that the source of anxiety on his big day is his failure to acknowledge and appreciate his past, present and future during the journey that got him there. “First World Problems” is a moving climax, closing with Segal’s blaring horn and the fitting line “The day is on its way, it couldn’t wait no more / Here it is.”

This version of The Big Day closes with the title track, a percussive yet sentimental song reminiscent of Surf closer “Pass the Vibes” that has Chance and Francis and the Lights repeating the line “The only way to survive is to go crazy.” It’s a self-aware conclusion that acknowledges Chance’s weaknesses while revealing our protagonist’s growth. Rather than fight his feelings and his tendency towards melodrama, Chance recognizes that the best way to handle such a major life transition is to “go crazy,” which in his case means facing his past, his fears, and his dreams.

Listen to our new version of The Big Day here: