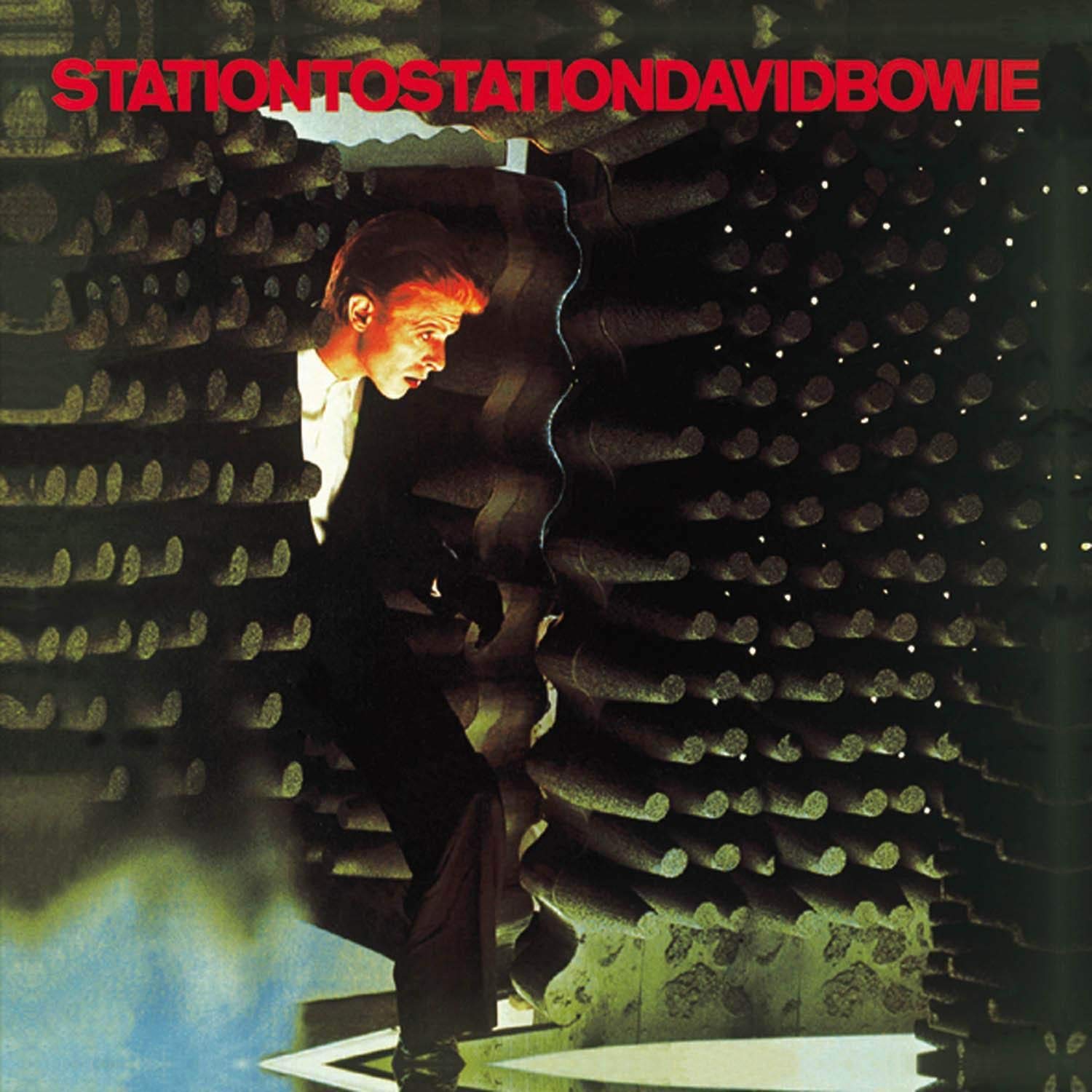 Things were not well with David Bowie following the release of Young Americans. Subsisting on peppers and milk and snorting coke non-stop, Bowie spent much of 1975 and 1976 living in abject paranoia in Los Angeles, even as “Fame” became his first number one single in the United States. The stories from this period are legendary; Bowie feared that witches were after his semen and he exorcised his house after a visit from Jimmy Page, terrified that the guitarist, who practiced occult magic, had brought something dark into his abode one evening as they hoovered up lines of cocaine. During this time Bowie developed his Thin White Duke character and also starred in Nicolas Roeg’s The Man Who Fell to Earth, a film about an alien who lands on Earth to find water but falls for the terrestrial evils this new planet has to offer.

Though Bowie recorded Station to Station in late 1975, the singer later admitted he could not remember one thing about creating the masterpiece, so great was his cocaine habit. The public would see the singer, nearly incoherent and out of his mind on a television interview that November. It was the day Francisco Franco died and when asked to postpone the interview to make room for news about the Spanish’s dictator’s demise, Bowie refused and did the interview anyway, appearing gaunt and sickly. None of this personal drama takes away from the fact that Station to Station remains a document of a moment where past and future collided for Bowie.

The opening title track begins with a wave of fuzz that filters from one stereo channel to the other. A noise that sounds like a far-off shriek is masqueraded by the static as it grows increasingly louder for a full minute before lodging itself into the rear of the left speaker. Then the guitar, bass, keys and drum kick in, a rigid sound that trudges forward in lockstep, the introduction of Kraut rock to the plastic soul sounds of Young Americans. The groove continues, guitar shrieking, the music of automatons playing instruments, an advancing dirge by an army not human.

“The return of the Thin White Duke/ Throwing darts in lovers’ eyes,” Bowie finally sings nearly three and a half minutes in, announcing the birth of a new character, a dapper and well-dressed, yet amoral and vacant incarnation eaten away by the excess of fame and cocaine. The figure could even be a euphemism for the white powder itself. Next comes an incantation, dropping names like Kether and Malkuth, the top and bottom enumerations of the Kabbalistic Tree of Life, evoking the Hindu tantric circle as well as the Crowley poetry collection “White Stains.” We barely have time to think, because at five and a half minutes, the song breaks down into a bastard of Young Americans’ plastic-soul, building and building until finally Bowie claims, “It’s not the side effects of the cocaine/ I’m thinking that it must be love.” But what are these side effects? A throbbing erection that lasts all night replaced by something that remotely feels human again for the Duke, a shade robbed of his ability to feel? As the music moves from mechanical to organic, is the crack already showing in the veneer of Bowie’s newest persona?

“Station to Station” continues for more than 10 glorious minutes, kicking off what could be the finest album in Bowie’s discography. A bridge of sorts between the interesting dead-end of the sound he copped on Young Americans and the much-vaunted Berlin Trilogy, Station to Station’s six tracks live on a miraculous album that not only ushered in the end of one era, but foretold the greatness of another yet to come.

After the title track, the only album cut not released as a single (pity because it is quite possibly the best song Bowie ever recorded), comes “Golden Years.” Serving as the bridge from Young Americans’ sound, it’s a light confection that relieves the bitter catharsis that preceded it with a glistening funk bauble that sparkles and still invites you to dance nearly 45 years later. However, this is not a throwaway dance number, but the pinnacle of Bowie’s dabbling with soul. While Young Americans presaged “Golden Years,” the raw emotionalism of “Word on a Wing” was something new for Bowie, an artist known to hide behind personas since the stripped-down songs of Hunky Dory. Despite name-checking the Lord and referencing re-birth, “Word on a Wing” is more about spiritual despair in general than asking a Christian God for any sort of assistance. And yes, that is perhaps the first time you hear the gospel in Bowie’s voice, as it soars into the upper registers during, “Lord, I kneel and offer you my word on a wing/ And I’m trying hard to fit into your scheme of things.” Emotional turmoil indeed. So ends Side One.

The upbeat “TVC 15” kicks off Side Two, a bouncy rocker that recalls the post- Ziggy comedown of Aladdin Sane. Allegedly born from a story told to Bowie by Iggy Pop, who, drugged out of his mind, hallucinated that the television set had devoured his girlfriend, it may sound like fun, but dig deeper into the lyrics and you can hear Bowie’s paranoia as man melds into machine, a robotic fear he would explore at greater depth on Low. He imagines giving up, jumping into the rainbow colors of the test pattern and joining his girlfriend inside the machine’s flickering maw. “TVC 15” is too warm with its pert piano and funky rhythm to be a part of the detached Berlin Trilogy, though, fitting in better on this release than perhaps Low.

“Stay,” the album’s hardest rocking song, features some killer flange, a devastating guitar solo and is the least cryptic of Station to Station’s tracks. A down and dirty rocker, “Stay” is another song rife with fear, filled with the terror of asking someone to stay after a sexual encounter. But the fear of rejection or the fear of showing his true face prevents Bowie from making that terrifying request. But that hard-driving song soon gives way to the heartbreaking “Wild is the Wind,” a cover of Dimitri Tiomkin and Ned Washington’s song popularized by Johnny Mathis and Nina Simone. Much like “Word on a Wing,” Bowie is back in crooner form on “Wild.” Perhaps a shot at redemption, “Wild” strips away the mechanical, evoking trees, leaves and flying creatures. “With your kiss my life begins/ You’re spring to me/ All things to me/ Don’t you know, you’re life itself,” Bowie cries as the song wears on. The Thin White Duke may be throwing darts in lovers’ eyes as Station to Station begins but that wild wind blows that evil man away, promising the growth of new life through a magic kiss. And somehow in his coked-out madness, Bowie knew he needed someone else’s song to save himself.