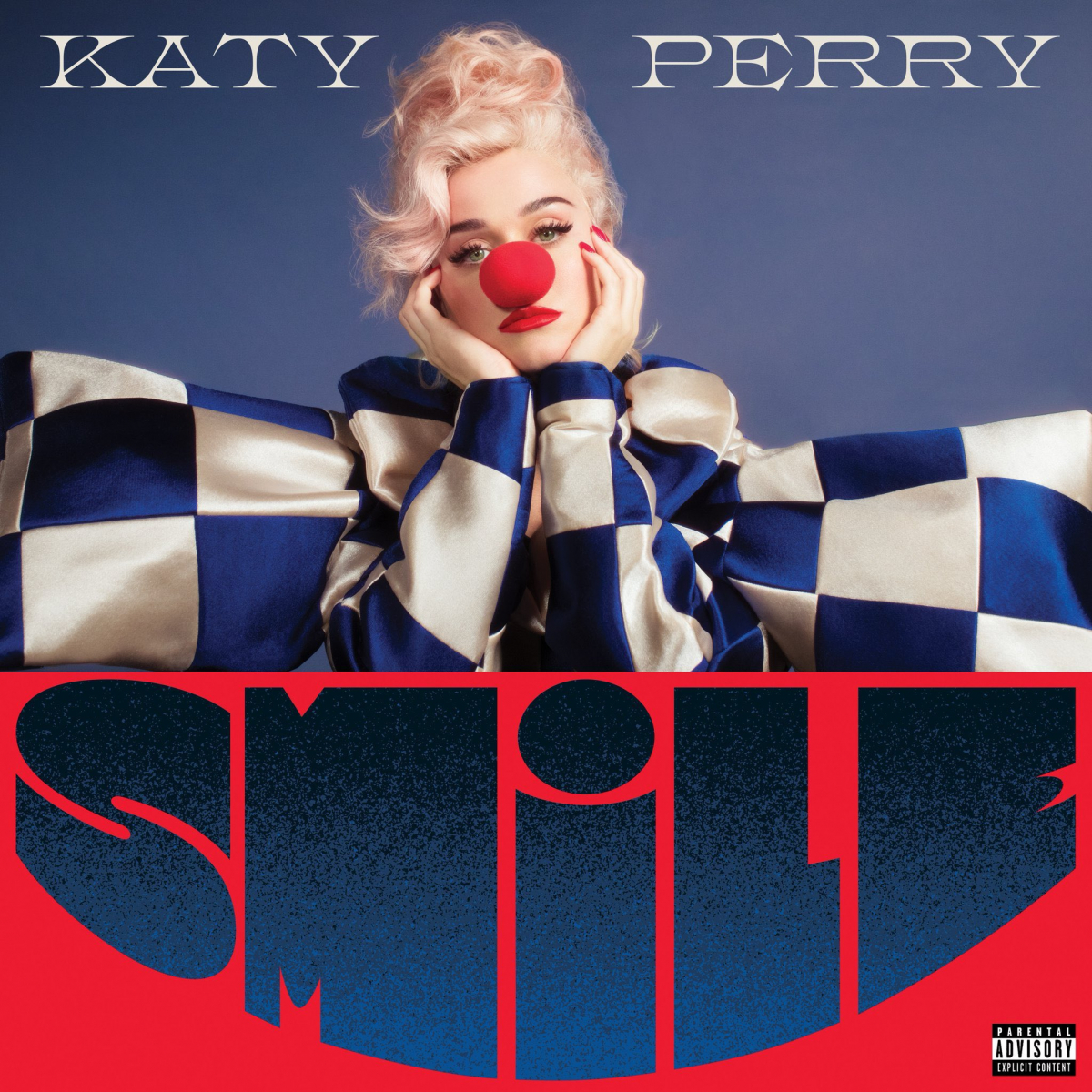 For years, fans of Katy Perry have been yearning for her to return to the trajectory of her Teenage Dream record—the peak of her pop culture relevance and easily one of the best pop albums ever produced. After a follow-up that began launching her into the adult contemporary category, Perry spent the second half of the 2010s preoccupied with chasing the latest sounds and trends and engaging in petty drama with Taylor Swift. Now, with her sixth studio album Smile, she’s throwing caution to the wind and embracing her most unapologetic self. Or at least she’s trying to.

“When did we all stop believing in magic?/ Why did we put all our hopes in a box in the attic?” Perry asks on “Daisies,” initially billed this year as the album’s lead single before “Never Really Over,” easily one of her best songs, was ultimately included on the final track listing. Smile chronicles a period in the pop singer’s life where she conducted some serious soul-searching and self-improvement, noting that her previous method of getting dumped or screwed and writing a number-one hit about it wasn’t working anymore. Several tracks on the album perhaps serve as messages to Perry’s younger self, or younger versions of any of us, reminding us about what’s actually important in life. “Every day, Groundhog Day/ Going through motions, felt so fake,” she confesses on the title track. “Not myself, not my best/ Felt like I failed the test/ But every tear has been a lesson/ Rejection can be God’s protection/ Long hard road to get that redemption/ But no shortcuts to a blessin’.”

Despite the fact that Smile centers around themes of taking control of our lives and our mental health, it does still see Perry trying a little too hard to make earworms out of songs that don’t really need to be mainstream-digestible. “Not the End of the World,” a song about embracing failure and mistakes, sounds overproduced and like Perry is still concerned with using the newest sonic trends to keep herself liked, relevant and popular. Unfortunately, as we learned with the painfully erratic Witness, that ship has sailed: and that truly doesn’t have to be the end of the world. Trying to recapture her past glory, as we hoped she would do a lot sooner, now comes across as somewhat desperate. Katy Perry would surely be interesting if left to her own devices. She just concerns herself too much with pleasing everyone, even on an album addressing personal upheaval and an attempt to be her most defiant, unashamed self.

Lyrically, the album is certainly Perry’s most honest work ever. On “Resilient,” she acknowledges the presence of her own strength: “I know there’s gotta be rain if I want the rainbows/ And I know the higher I climb, the harder the wind blows/ Yeah, I’ve gone to sleep night after night punching a pillow/ But do you know the darker the night, the brighter the stars glow?” On “Only Love,” she realizes that she’s wasted too much time on things that don’t matter: “I swear sometimes I hear myself talking, getting mad/ Take shit so personal, like it really matters/ Oh, am I awake, am I sleepwalking? Tell me that/ It’s scary how quickly I lose perspective and I react.” And on “Teary Eyes,” she reminds us of her never-ending passion for dance-pop: “Just keep on dancin’ with those teary eyes/ Promise one day, baby, they’re gonna dry.” Perry described Smile as being a “record of hope,” telling Apple Music that “even the most anguished numbers are designed to be danced to,” which practically seals the deal for the album’s resonance with the gay community. In the immortal words of Will Truman from Will & Grace, “Oh, who am I kidding? I’m gay. I can worry while I’m dancing.”

Ultimately, even on an album where she tries to present her most authentic self, Perry still feels insecure about her own ability to be interesting without gimmicks. However, Smile is leaps and bounds ahead of Witness and even the splendidly boring Prism, which in itself is a miracle. While she has managed to recapture some of her past glory in the form of “Never Really Over,” “Smile” or “Harleys in Hawaii,” it’s almost unforgivable that singles from last year like “Small Talk” didn’t make the cut—which is saying a lot for a 12-track album that does contain some filler. Fortunately for everyone, Smile does see Perry getting back on the right track, both musically and spiritually.