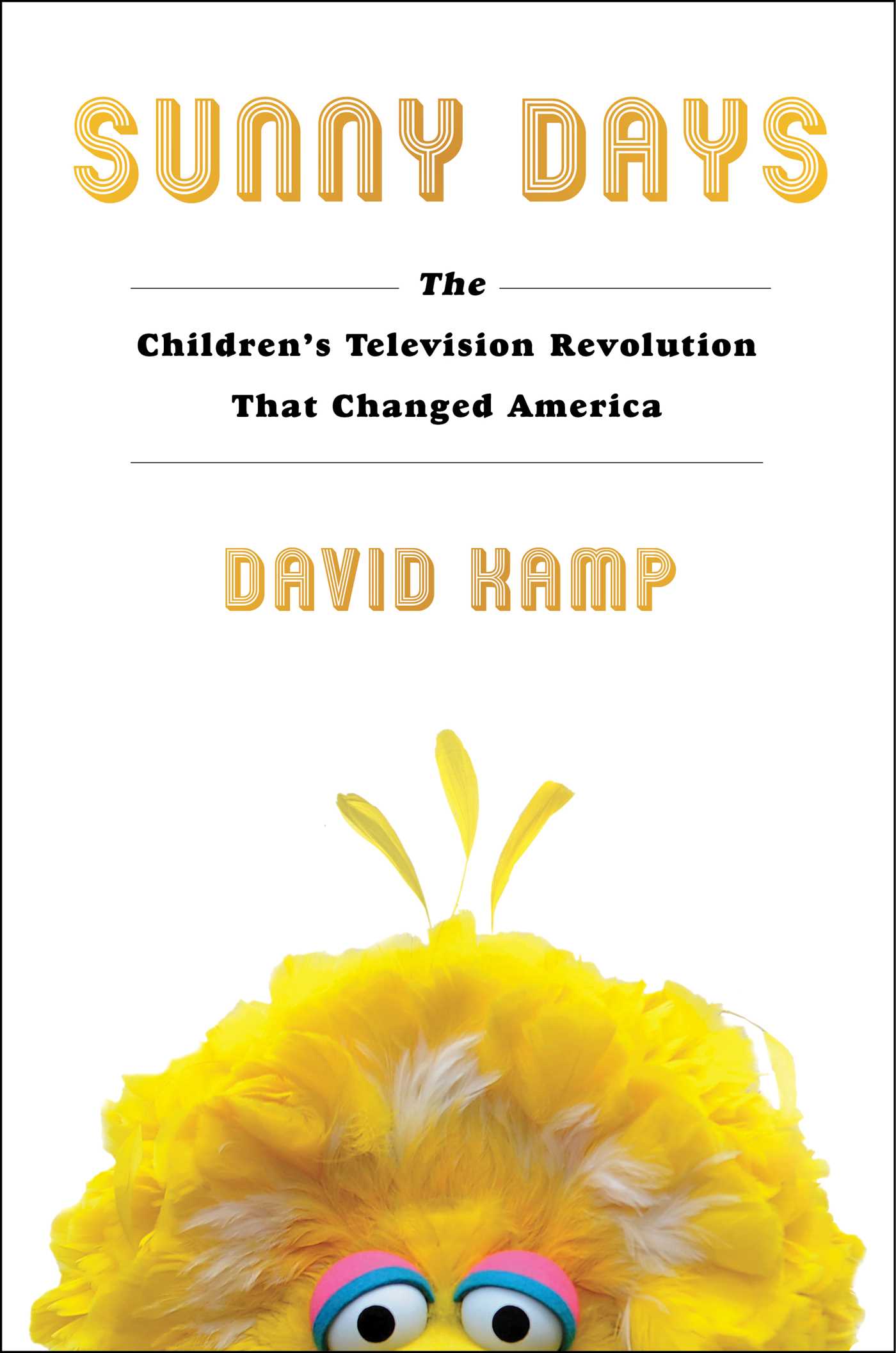 There’s a tendency for this country’s nostalgists to view the America of their youth through the rosiest of rose-colored glasses. The idea that the country as a whole was somehow better or, dare we say, “great” is patently absurd. Any close historical examination based on empirical evidence, firsthand testimony, assorted verifiable documents or even a cursory look into the past will quick lay to rest the myth that things were ever truly “great” across the board. That said, there’s something about the era covered in David Kamp’s Sunny Days: The Children’s Television Revolution that Changed America that manages to transcend the notion that things were once great and could well be so again.

Trumpian bullshit aside, the late-‘60s and early-‘70s covered in Sunny Days feels a far cry from our current dumpster fire of a situation. Then, as Kamp is quick to point out, moneyed individuals were willing to put their accumulated wealth and repetitional capital on the line in order to better society. It seems almost overly quaint and idealistic that the genesis of “Sesame Street,” the beloved institution of public television—until the last decade at least when it was acquired by HBO—sprung from an after-dinner conversation in a New York City apartment among a group of wealthy intellectuals bemoaning the lack of readily accessible educational programming for not only children in general but, more specifically, minority children living within their own city. It’s unthinkable in our current age that such a thing could ever pass beyond the walls of that particular apartment building, let alone find its way to the upper reaches of government, going so far as to not only come to fruition, but to succeed beyond the wildest dreams of those involved.

And yet, such is the story painted by Kamp as he takes the reader back to those halcyon days of the late-‘60s when the country was coming apart at the seams. Yet instead of vapid social media posturing and empty promises of change for the better, there were determined individuals who were willing to not only stake their reputation on what would prove to be a revolution not only in children’s television, but television as a whole, and literally put their time, talent and financial resources to the task.

Beginning with Fred Rogers and his desire to use the television—quickly becoming the predominant form of entertainment—as a missionary tool to help bring his doctrine of early childhood learning to the masses, Sunny Days traces the perfect storm of individuals (Rogers, Joan Ganz Cooney and Lloyd Morrisett) and ideas coming together to effect real change. It was from Cooney and Morrisett’s post-dinner party discussions on the state of children’s television and the lack of educational merit in the current slate of programming that begat the creation of “Sesame Street.” Using their respective credentials—Cooney a producer of documentaries for public television and Morrisett the vice president of the Carnegie Corporation—they sought out a team of likeminded individuals to bring their vision for an educational children’s program that would reach all manner of children, but with the focus on the most disadvantaged youth.

Through their quasi-hippie idealism, they were able to create the Children’s Television Workshop, securing the talents of puppeteer Jim Henson, songwriter Joe Raposo and writer/director/producer Jon Stone, and a host of other creative visionaries, all of whom helped not only bring Cooney and Morrisett’s brainstorming session to fruition, but did so in a way that managed to alter the landscape of American television and children’s education. Through their efforts, the government, courtesy of Lyndon Johnson’s Great Society, and a handful of philanthropic corporations even pitched in to help establish the necessary framework required to produce a show like “Sesame Street” and its follow up program, “The Electric Company.”

The kind of bipartisan cooperation required for such a thing to happen today is inconceivable. And, as Kamp points out, this particular era of idealism and striving for the greater good was short-lived, with many of the programs established to help further early childhood education undone by the Reagan administration. The rise of the Moral Majority and the assorted ass clowns who’ve helped us wind up where we are today effectively put an end to any further development in terms of bettering society at all levels, instead shifting the focus back to wealthy white folks who fancy themselves to be good, upstanding Christians.

So yeah, Sunny Days shows that there was actually a time when it seemed anything was possible and that individuals of disparate political and social standings and beliefs could work together to help better the youngest, most innocent members of society, helping provide them with the educational resources and materials necessary to succeed in the so-called “land of opportunity.” And while “Sesame Street” can still be viewed and a number of its progeny have sought to, rather tepidly, further the educational mission of the CTW, much of that goodwill and progress has been erased in the intervening half century. Reading Sunny Days makes one long for that bygone era of rationality and real drive for social and cultural change.