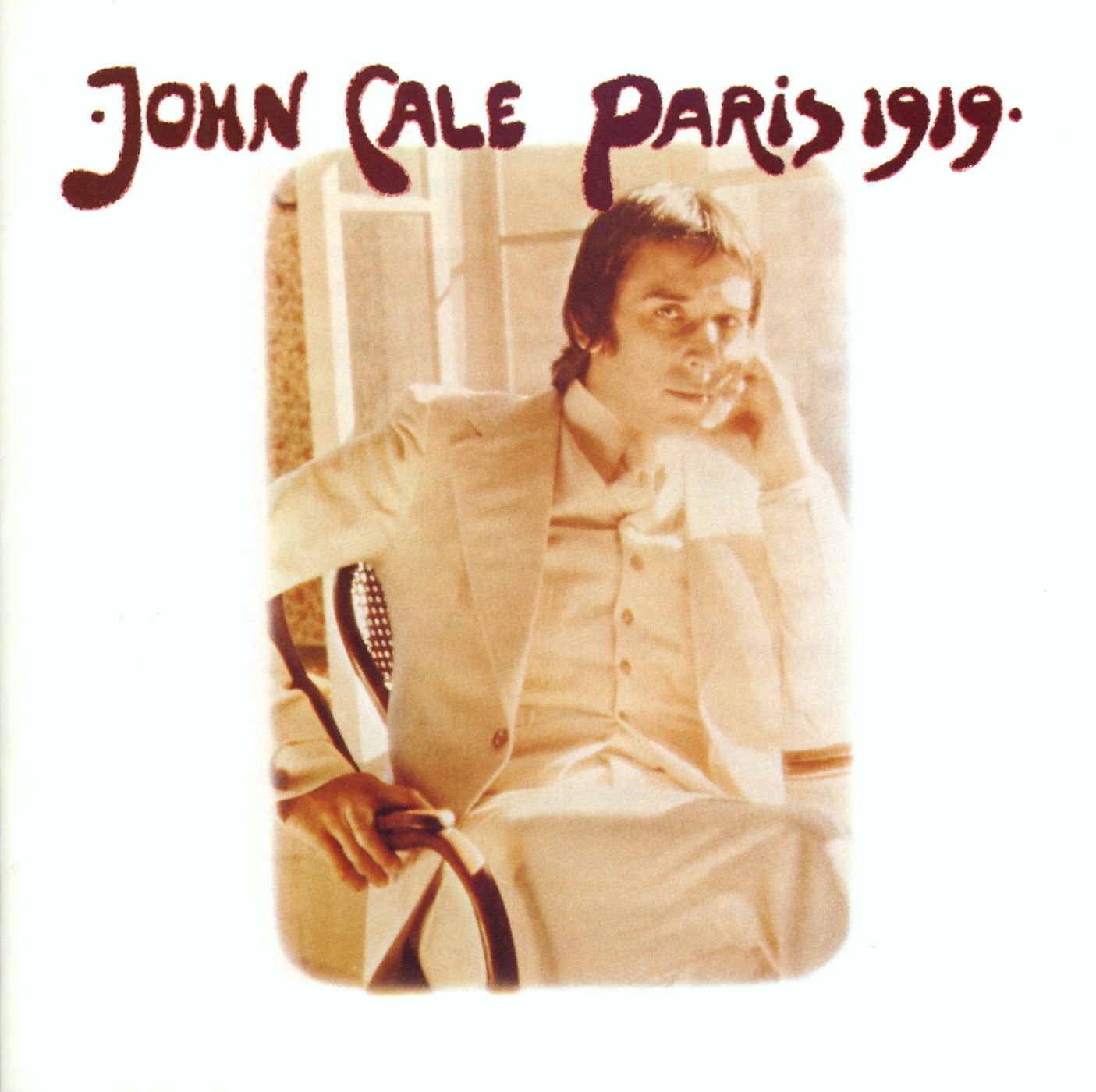 By the time Paris 1919 was released in 1973, John Cale had conducted an orchestra, played an 18-hour performance of Erik Satie’s “Vexations,” served in LaMonte Young’s Theatre of Eternal Music, recorded three soundtrack albums and joined a little ensemble developed by Andy Warhol, The Velvet Underground. He also found time to produce albums by Nico, Jennifer Warnes, The Modern Lovers and work with Nick Drake.

The album’s title references the 1919 Paris Peace Conference ending World War I, leading to the partitioning of Europe and the assignment of unilateral reparations. Additionally it also played a large part in the rise of the Third Reich, and eventually World War II. Cale has cited the record as being “an example of the nicest ways of saying something ugly.”

Assembling the band to record the album, Cale made choices that initially seem quite curious. He enlisted Little Feat members Lowell George and Richie Hayward to play guitar and drums. Even more incongruous was his choice of The Crusaders’ Wilton Felder to play bass, with UCLA Symphony Orchestra adding orchestrations to the proceedings. Despite the hodgepodge nature of the participants, the music that was created was nothing short of legendary.

The job of producing Paris 1919, went to Chris Thomas who had actually produced some of the tracks on The Beatles’ White Album, mixed Dark Side of the Moon and produced several Procol Harum LPs. It was during Thomas’ production duties for Christopher Milk’s Some People Will Drink Anything in 1972 that Cale invited him produce his album.

Yet, despite this stellar cast of characters, Paris 1919 is also an album that can be incredibly infuriating. Nothing is straightforward in Cale’s lyrics. Starting off with “Child’s Christmas in Wales” nothing is exactly what it seems to be. Cale’s piano blends with George’s slide as he sings, “With mistletoe and candle green/ To Halloween we go.” The lyrics only get more confusing as the music swells, rising and falling like a ship on rocky seas.

Things get even more inscrutable on “Hanky Panky Nohow.” Amidst Cale’s gentle acoustic guitar and the UCLA strings is a tune of incredible beauty, yet attempting to glean any sort of meaning is largely useless. “What’s needed are some memories of planing lakes/ Those planing lakes will surely calm you down.” Most definitely it calms, but trying to make literal sense is a tall order destined to fail. Even Cale admits to that, “Some of the lyrics on Paris 1919 are still opaque to me. Some of them I’ve decoded, but sometimes I think ‘What the hell is that all about?’”

Still for sheer beauty “Andalucia” has it all. Opening with the gentle strains of Cale’s guitar and Felder’s bass is a song that stirs the soul. George uses his slide to add to the beauty, creating a moment where the Welch classicism and southern soul form a glorious union as Cale sings sweetly about a relationship that seems to be coming to a rather inglorious ending. You can feel the ache in Cale’s heart. “Macbeth” then ends side one with a definitive dose of southern-fried boogie. The song is a showcase for George, his slide rocking with total abandon against Hayward’s bold bashing on the drums. There seem to be no cymbals on the track they’re mixed so far into the background making the guitar sting all the more. This is a moment where the Welshman is able to acquit himself in the most American of rock forms.

The horns and strings that shape the title track which opens side two. “Paris 1919″ recounts moments of life surrounding the treaty that ended the first World War. A chorus of basses add solemnity to the song, while the bridge seems to cleanse the palate with the sounds of birds and lighter saxes and horns offering a respite from the solemnity of the dialogue detailing a changing world order. These visions are also on display in “Graham Greene.” The world has changed and it’s reflected in the music, a combination of both the UCLA Symphony Orchestra and the Little Feat/Crusaders alliance. They kick the song into gear while lyrically Cale tells a tale of the novelist getting a second chance as a spy for MI6. References to Enoch Powell, an early English version of our own liar-in-chief seem even more prescient these days.

The album chugs towards a close with “Half Past France.” Cale, in the guise of a Welsh soldier, adds a more personal accounting the changed post World War I landscape. He sounds solder and more aware, “I’m not afraid of the dark anymore/ And many mountains now are molehills/ Back in Berlin they’re all well fed/ I don’t care.” The end is finally here and for this one soldier that is more than enough. Cale’s whispered vocals also add to the intrigue of Antarctica Starts Here. Based on Joan Crawford’s aging beauty queen from Sunset Boulevard, the song builds towards the bridge as organ and horns enter, then fade out with the actress seeming trapped as Cale continues to whisper, “The anesthetic wearing off/ Antarctica starts here.” Chilling.

Frustratingly beautiful, Paris 1919 inspires awe while keeping listeners lyrically at arms length. It invites you to get close, but not too close, much like John Cale himself. Paris 1919 demands to be heard yet understanding it may take a lifetime.