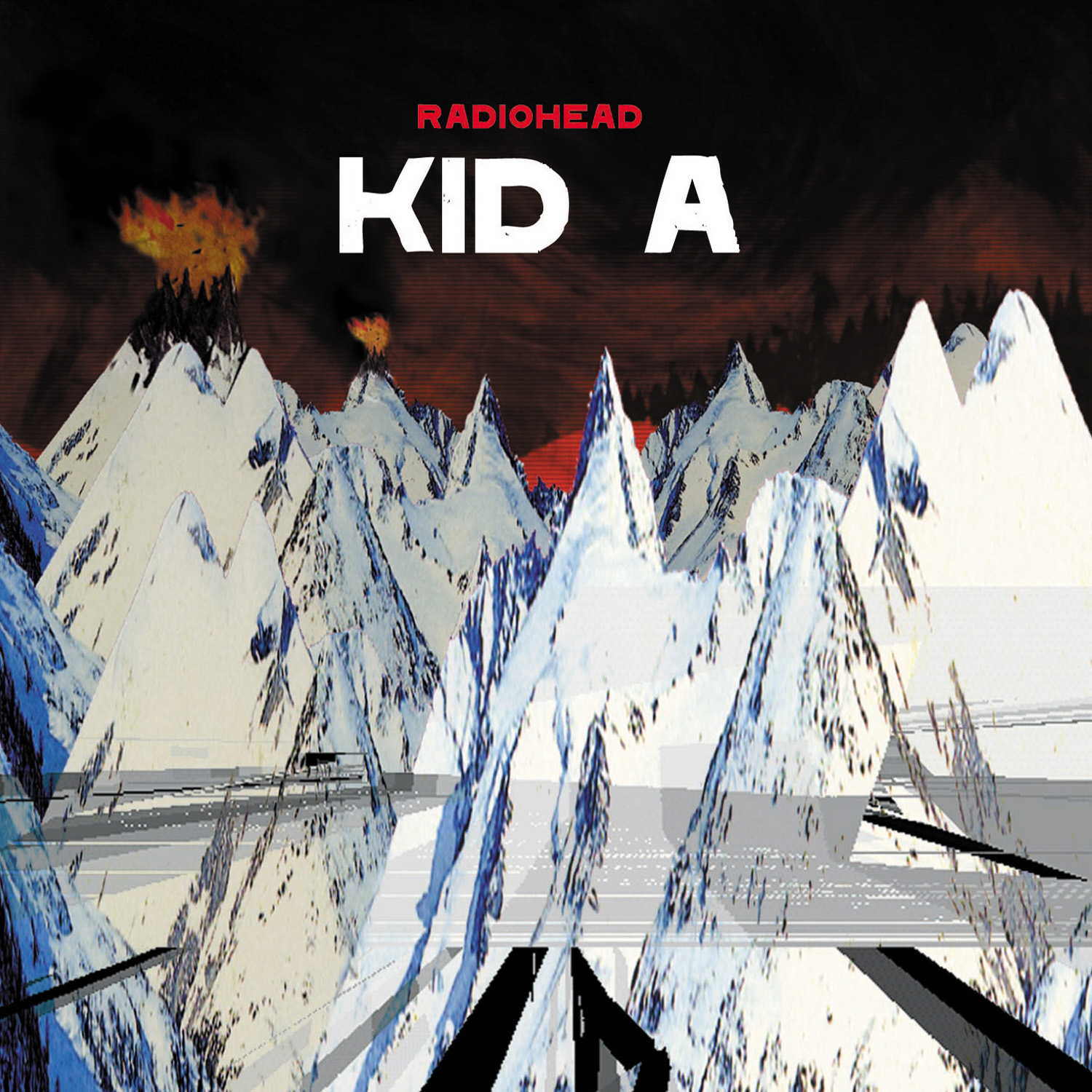 “These are difficult times. And it is difficult… to remain… optimistic.” Thom Yorke spoke with a cheeky irony as his band launched into “Optimistic,” the soaring and explosive centerpiece of Radiohead’s magnum opus Kid A, which turns 20 this October. The songs from their 2000 record were some of the most exhilarating moments of that August night in Philadelphia two years ago. The rhythmic lullaby of the title track had a tambourine-brandishing Thom bouncing and twitching across the stage. Album opener “Everything in Its Right Place” put the “dance” in Intelligent Dance Music as a stadium full of fans moved to the dystopian beat. Even the lovably awkward Greenwood brothers were jamming to the bleeps and bloops of “Idioteque.”

Kid A certainly wasn’t this groovy in 2000. Instead, the dramatic departure from OK Computer’s sound felt like an aggressive middle finger to all expectations. “Kid A is like getting a massive eraser out and starting again,” Thom Yorke explained to Rolling Stone in December of that year. The band that took the “Saturday Night Live” stage two weeks after the album’s release was combative as an utterly pissed off Yorke thrashed and threw the microphone stand to the ground, backed by a cacophony of horn blasts and sirens. Like the album it was promoting, the electric performance was a furious “fuck you” to the notion of Radiohead being the saviors of rock, and surrounding all this was a heated and constant debate: Was this record the sound of the 21st century, or had Radiohead gone off the rails?

Kid A in 2000 was as cold and angular as its cover art. Kid A in 2020 is a far easier listen, evidenced by the spectacle of the record’s recent live performances in which Radiohead and their fans dance and celebrate the album together. What happened over the past 20 years to cause this transformation?

One potential catalyst is time itself. The shock of Radiohead’s decision to pursue the electronic direction of Kid A after the rocking triumph OK Computer has worn off. Two decades later, there’s not much more to analyze or argue. Kid A is almost universally praised, and even those listeners who don’t enjoy it tend to shy away from the once fervent debate, claiming “I respect it, but it’s just not for me.”

In his Rolling Stone piece for the album’s 15th anniversary, Rob Sheffield took this point a step further, proposing “there’s no controversy over Kid A anymore, and something’s been lost there.” I, however, argue that so much has been gained from time stripping Kid A of its antagonist. In 2020, we get to just listen to Kid A, no strings attached. The foot-tapping, head-bobbing elements that bring the record’s songs so much life in recent concerts now emerge naturally from the studio recordings.

Of course, it helps to know that the crushing anxiety Thom Yorke and his bandmates suffered, which spawned Kid A’s tense tone and themes, was a low point and not a sign of worse times to come for the group. Yorke’s exhaustion, depression, and writer’s block during and after the band’s massive OK Computer tour is well documented in the claustrophobic documentary Meeting People Is Easy as well as in Kid A itself. “I’m not here, this isn’t happening” is a phrase that mentor Michael Stipe advised the singer to repeat to himself whenever his mental health struggles overwhelmed him on tour.

Radiohead, unlike so many similarly struggling artists, emerged from these depths. Their 2003 Glastonbury performance comes off joyous when contrasted with their angsty 1997 show at the same venue. The albums that followed include the bright In Rainbows, which is lovingly referred to by fans as Radiohead’s “pop” record, and the glitchy The King of Limbs which, despite its shortcomings, displayed Radiohead at their most playful. These more positive sentiments from the second half of Radiohead’s career are supported by many interviews in which the band claims to be in a far better place, and looking back on Kid A with this knowledge, we can reframe the album as a stepping stone towards Yorke and company’s recovery. Even “How to Disappear Completely,” Kid A’s most devastating track, feels today like a celebration of Radiohead’s healing.

The band themselves seem to view Kid A in the same light, evidenced by how the record informed their future releases. The massive “Optimistic” donates its booming drums to Hail to the Thief’s epic “There, There.” The IDM beats of “Idioteque” inform In Rainbows’ opener “15 Step.” “Motion Picture Soundtrack” started a trend of cinematically somber closers with “Videotape” and A Moon Shaped Pool’s “True Love Waits.” Having found so much inspiration from Kid A’s most poignant moments, Radiohead seem to look back on the record as fondly and optimistically as we do.

And this brings us back to the modern Radiohead concert, where Thom and the boys can be seen bounding and laughing on stage, inspiring us to reinterpret Kid A’s once cold songs as bangin’ anthems and outright danceable jams. Radiohead are as relieved as we are to be liberated from the countless think pieces and debates that surrounded their fourth record for so long, and Kid A is all the better for it.