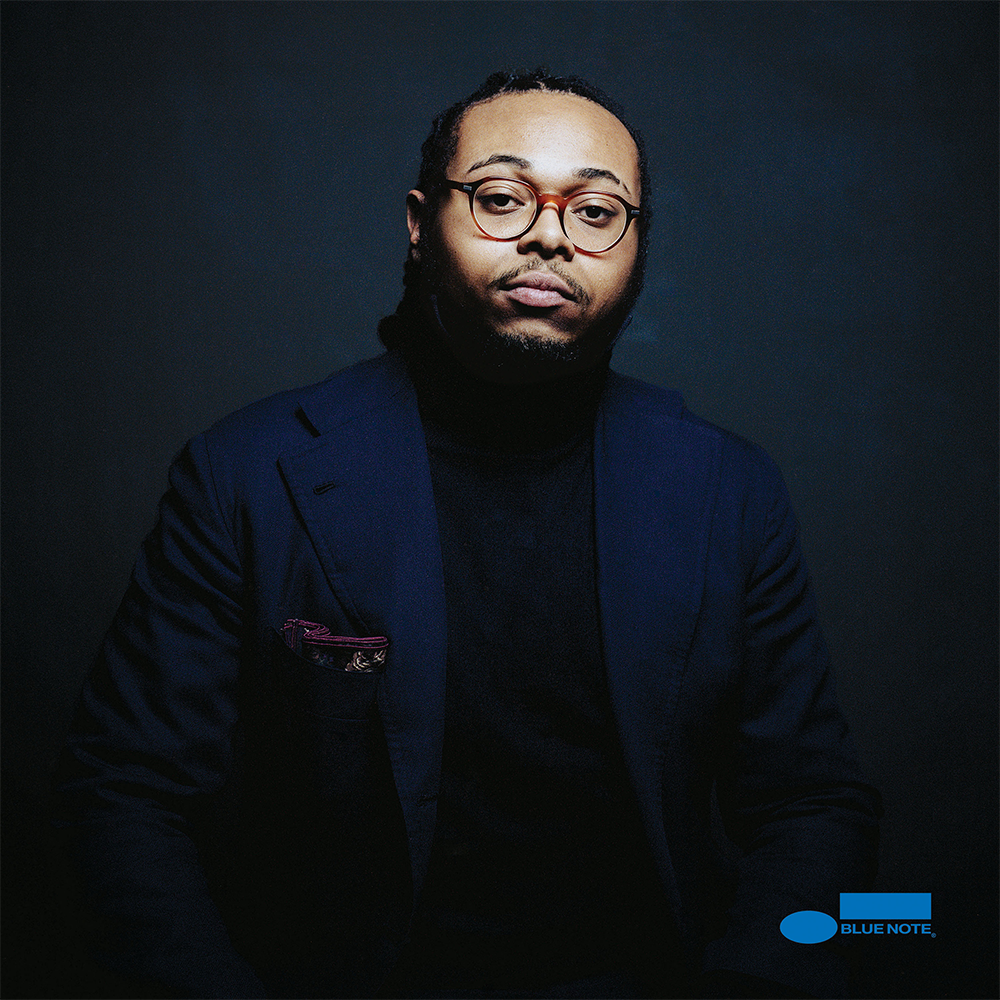 Omega, the first album as leader by 23-year-old saxophonist Immanuel Wilkins, deals head-on with issues of great historic and social importance. From the Jim Crow-era South to the Civil Rights Era to the modern Black Lives Matter movement, all are represented and explored with a startling degree of sophistication and nuance from one so seemingly young. Anyone who’s followed Wilkins, however, will know that he has been on the scene since his teens, when he emerged as a vital new voice on the instrument. And if modern jazz fans were previously unfamiliar with Wilkins’ work, there’s a good chance his Jason Moran-produced debut will change all of that, and quickly.

“Ferguson (An American Tradition)” rides along on the same melancholic flow heard and felt through much of Terence Blanchard’s 2007 ode to the city of New Orleans in the wake of the devastation afforded by Katrina, A Tale of God’s Will. Yet where Blanchard tended to stick with more traditional and even classical modes, Wilkins and company are willing to take their solos into much freer territory, tapping into the ferocious energy of Civil Rights Era free jazz artists who sought catharsis in their playing. Pianist Micah Thomas explores the whole of his instrument in often angular shapes that just as quickly dissolve into moments of lovely melodicism. All the while, drummer Kweku Sumbry makes use of the full range of the kit to an often rhythmically frenetic and bombastic end, propelling each musician to new and more precarious heights as they abandon the more traditional melodic soloing framework and begin exploring something far more visceral. It’s not quite a free-blowing session along the lines of Albert Ayler or Peter Brötzmann, but Wilkins does manage a few John Coltranesque runs that border on being the storied sheets of sound.

This is followed quickly by the achingly beautiful ballad, “The Dreamer.” With bassist Daryl Johns thoughtfully sketching out the melody in an unhurried, heartfelt passage of pizzicato playing, it’s at once a soulful and heartbreakingly rendered performance. When Wilkins doubles Johns’ lead line, it’s a sublime duet performance perfectly underscored by Sumbry’s generous use of brushes and Thomas’ bold chordal sketches and gentle asides. It’s a perfectly optimistic piece that manages to capture the anger and frustration of “Ferguson (An American Tradition)” and all its underlying social and political feelings and funnel them into something resembling hope for a better future.

Meanwhile, “Mary Turner (An American Tradition)” deals with the May 1918 murder of the pregnant Mary Turner, who, while strung up by her feet, was covered in gasoline and oil and set on fire. Her unborn child was torn from her body and stomped upon by the mob of white individuals who killed at least 13 individuals in southern Georgia following the murder of a plantation owner. It’s an absolutely horrific story, with the music reaching similarly terrifying levels of intensity, frustration and anger at the incident. Yet, as indicated by the recurrent subtitle, it’s one of far, far, far too many similar stories throughout American history. That hate-fueled violence continues to this very day is beyond infuriating and something that simply must be reckoned with on every conceivable level. “Mary Turner (An American Tradition)” embarks on an artistic interpretation of the horrors inflicted on Turner and the dozen or more other individuals who were lynched at that time, Wilkins’ playing running the gamut from hushed and almost indecipherable to frantic shrieks and squeals that coalesce into a roiling outro section.

As before, it is followed by yet another striking ballad in “Grace and Mercy.” It’s hard to put into words the stark tonal and emotional contrasts present on the album, particularly writing as a white male in 2020. But there’s something incredibly, again for lack of a better word, hopeful about a piece like “Grace and Mercy.” Following such startling, incomprehensible violence with yet another ballad seems to speak to the resiliency of the Black spirit, with hope for a better tomorrow never truly dimming despite all the historical evidence to the contrary that things are bound to get better. Yet this is the resounding power of art that actually speaks to and about something rather than simply being art for its own sake.

Some of the album’s strongest playing from all four comes on the four-part song suite (“Part 1. The Key,” “Part 2. Saudade,” “Part 3. Eulogy” and “Part 4. Guarded Heart”). And though none of the four venture off into the more cathartically free territory of the “An American Tradition” sequence, they nonetheless offer a series of lovely melodies and some truly affecting performances. Wilkins’ control of the instrument on the almost-lullaby “The Key” is breathtaking, while “Guarded Heart” begins with a nearly two-minute long drum feature that shows off Sumbry’s deft sticksmanship. All of this leads into the alternately euphoric, enraged and ebullient title track, truly a fitting end and summation of the album and all Wilkins and company have to offer.

An album like Omega is immeasurably affecting in our current era, taking on the social issues revolving around race and racism in this country today, showing not only the horrors inflicted on countless individuals over the years, but also the stolid strength of character exhibited by a people who have been put down time and time again. It’s a lofty goal for a debut outing as a leader, but Immanuel Wilkins is more than capable of delivering on the album’s premise. Omega is truly a thing of beauty and a much-needed bit of artistic reckoning in 2020.