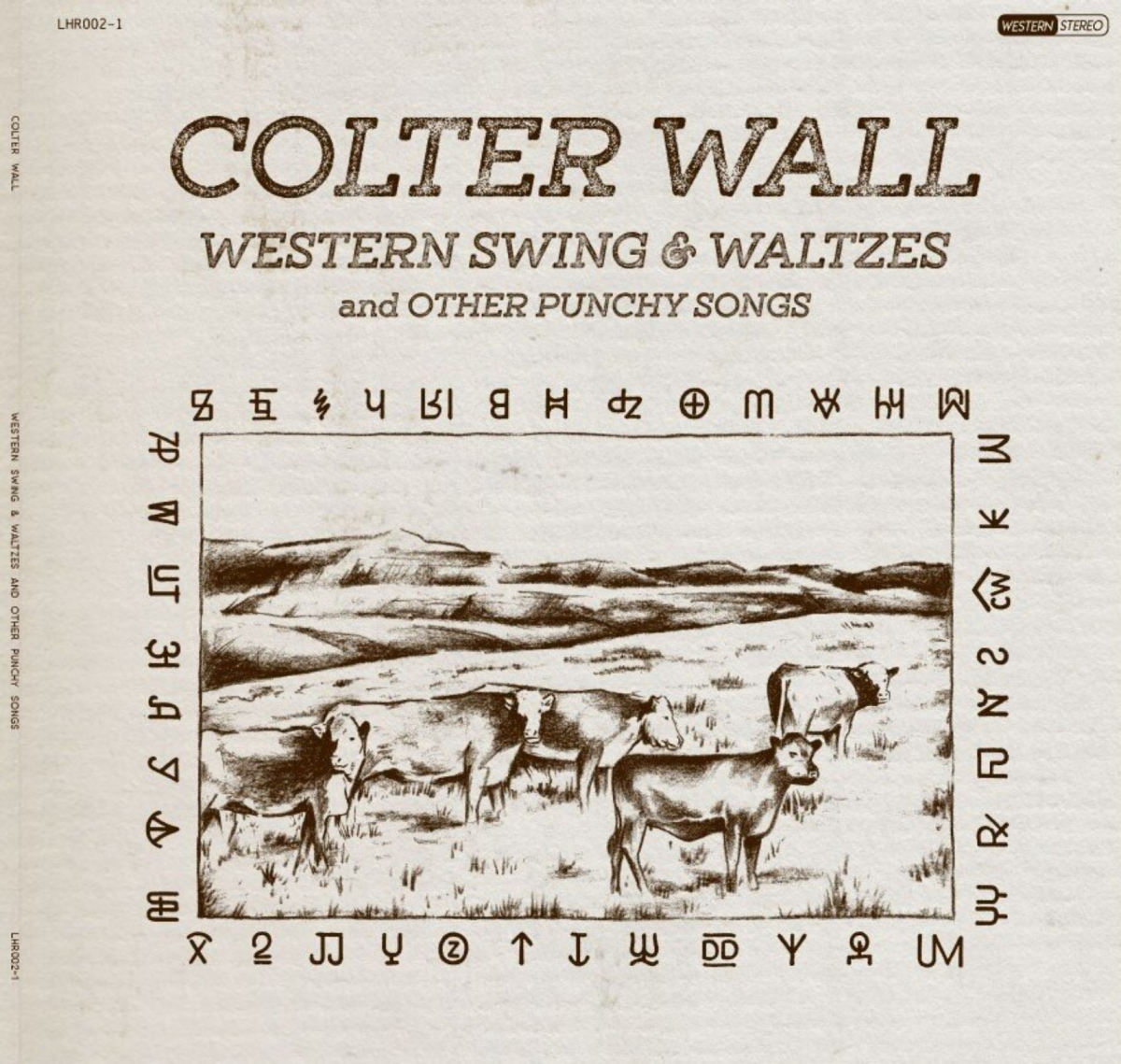 Every genre has a bit of a performed identity. Aficionadoes look for authenticity even as musical practitioners seek to create that realness through their art. In the case of Colter Wall, it gets a little confusing. He clearly performs cowboy from start to finish. It’s not that he’s inauthentic; it’s that he’s aware of the signifiers of his genres and knows how to highlight them. Even his EP and album title suggest the specific history he wants to explore: Imaginary Appalachia and Songs of the Plain identify their main threads pretty quickly. But Wall remains far from redundant, each release proving not only his mastery of a genre, but his hidden flexibility as he proves himself to be both archivist and a musician worth archiving.

When he announced a new album titled Western Swing & Waltzes and Other Punchy Songs, someone might expect a Bob Wills tribute. (Imagine a parallel response to Luke Bryan announcing an album called Songs about Trucks and Beer.) Wall knows just how to create the old-time country sounds he wants. He knows where to put the fiddles and the steel guitars and he knows just how much you should cry and how much you should shake your head at violence and how much you should dance with a pretty darlin’. But Wall, from deep in Canadian rodeo country, doesn’t simply imitate his heroes (and, in fact, there’s little of Wills on this record). He continues a variety of traditions through creating his own distinct style, and the joy of a new Wall record doesn’t lie in how much he sounds like a cowboy this time, but in how much he sounds like himself.

That self adjusts as needed. The early music was folk music. It came from lonesome cowboys, but it was Wall’s distinctive voice that stood out. His big tone remains a highlight, but he shifts his focus from Appalachia to the prairie to swing. When he covers Marty Robbins’ “Big Iron,” it makes sense; Robbins probably provides more influence than Wills (or about anyone) here and across Wall’s recording career. That he nails the cover also makes sense. Wall tells stories with a natural ease, and being steeped in this sort of tale aids his delivery.

In recognizing how well Wall knows how to perform a genre (and to be fair, he covers a multitude of subgenres), it’s easy to miss that his musical identity isn’t developed simply through performative gestures. Wall’s smarts come through at every turn. He self-produced this record, and he managed to expand the sound of his band without crowding it. The record still sounds desolate, like they’re either in an empty bar or, impossibly, actually on a wide-open plain. That production obviously fits the traditional “I Ride An Old Paint / Leavin’ Cheyenne,” but Wall makes it appropriate for the opening “Western Swing & Waltzes,” which feels spacious but not lonely as it takes joy in the lifestyle.

As those two tracks suggest, Wall adroitly mixes originals with covers, even if his own literate songwriting could support more than album’s worth of material. “Talkin’ Prairie Boy,” shows his sense of humor, as Wall considers the differences between an actual prairie cowboy and a Nashville kid in a fancy hat. Sly lines like “Brought over some kinda beer/ Something called a I…P…A” tell us much about the characters’ attitudes as anything more direct. Wall has his tongue in cheek, but the difference between types of cowboys (US or Canada, northern or Texan, etc) is something he’s through through in the past.

Wall ends the album with his modern trail song “Houlihans at the Holiday Inn,” told not from horseback but “through this dirty, cracked windshield.” He considers the gains and losses of traveling and singing about rodeos instead of actually being in one. Wall’s narrator sings about rodeo tactics in hotel bars instead of actually getting in the saddle, and while he finds value in it, he misses the lifestyle that he’s based his music on. The song works on its own, but it’s especially effective in closing the album. Wall blends knowledge of a certain kind of life with art and the history of both that life and art. His album’s closing number pulls all of those threads together. It’s a reminder that as Colter Wall makes a repository for cultural and musical influences, he also creates space for his own performance.