September 28, 2020
Home Books Everything is an Emergency: by Jason Adam Katzenstein 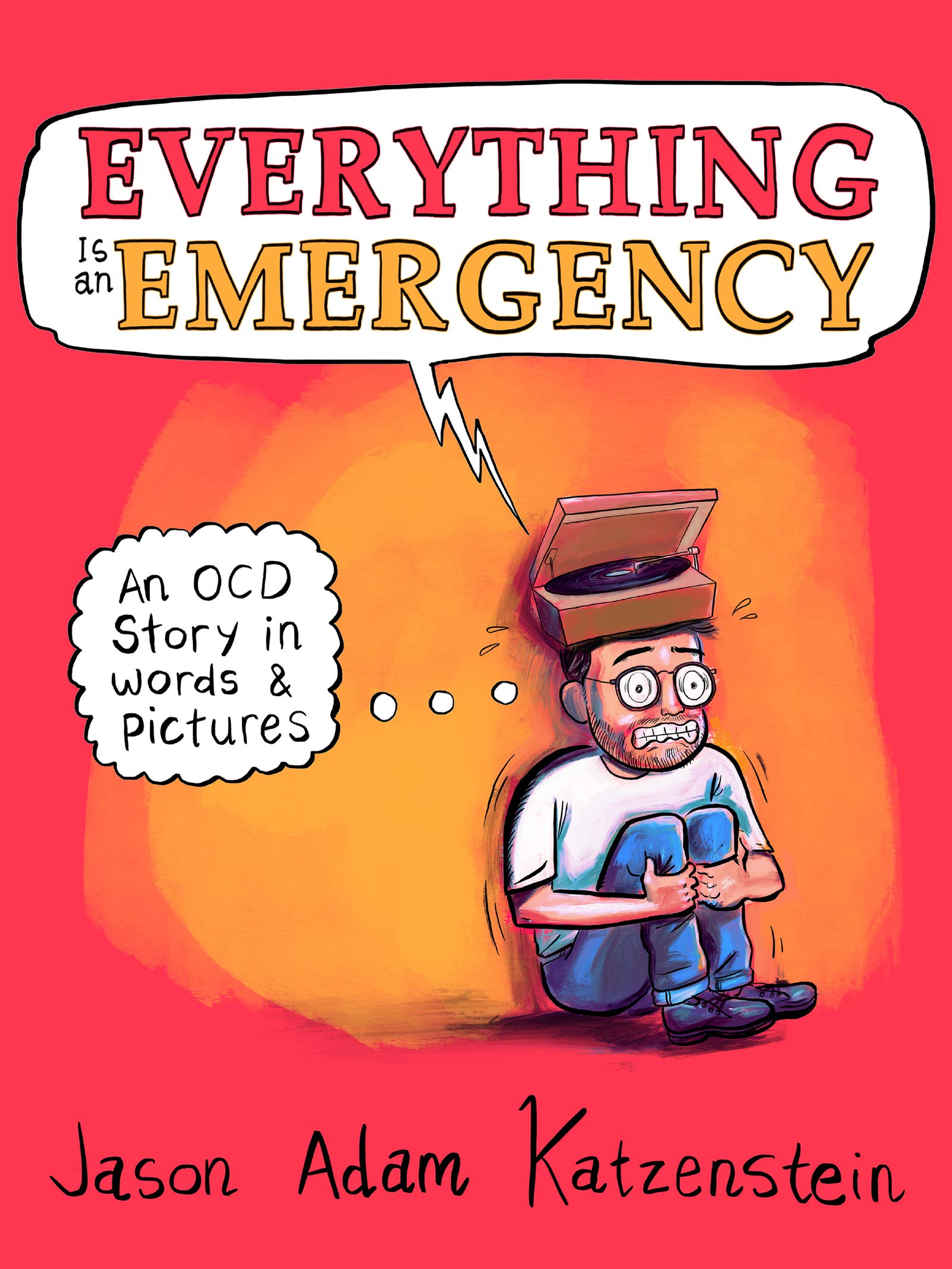 It is likely that my son has obsessive compulsive disorder (OCD). Though his condition is not extreme, he worries often about getting sick, likes to complete things in a certain order, repeats questions for reassurance and sometimes can be inflexible. He is only six, but already sees a therapist who is working with him to create an arsenal of tools to beat back the “worry monster.” When I read about Jason Adam Katzenstein’s graphic novel, Everything is an Emergency: An OCD Story in Words & Pictures, I jumped at the opportunity to hear first-hand from someone who has struggled with the disorder for most of his life.

A cartoonist whose work has appeared in The New Yorker and New York Times, among other places, Katzenstein began experiencing fears associated with OCD at an early age. A certain statue at his grandparents’ house, a character in a popular children’s book, nightmare scenarios involving the deaths of his parents, all of these things produced crippling levels of terror in the young Katzenstein. His world truly begins to crack when his parents separate with the intention to divorce, a schism in the finely crafted world of safety that Katzenstein has crafted for himself.

Using the graphic novel medium to deepen our understanding of his condition, Katzenstein illustrates the fears and repetitive thoughts that have plagued him in the past, allowing us to experience what it’s like to be inside his head. The goal is to take control of the obsessive thoughts, harness them in a way that he can control them rather than allow them to overcome him.

Unfortunately, Katzenstein isn’t always successful in this pursuit and Everything is an Emergency chronicles the many times his obsessions with cleanliness reduce him to a state where he cannot function in the world. It’s heartbreaking and emotionally raw stuff, especially since Katzenstein doesn’t hold back in sharing his experiences.

The good news is that through medication and cognitive-behavioral therapy, Katzenstein gets his OCD under control by the end of the book. It’s the same course that my son is receiving and, in many ways, he is doing so much better (well, as well as anyone could do under the current set of circumstances under which we are living). Though he is not cured, Katzenstein reaches a place of acceptance with his diagnosis. The fact that Everything is an Emergency even exists is a huge feat of bravery and vulnerability. Katzenstein has given us both words and pictures to better understand how people close to us with OCD experience the world, the noblest use of any form of art.