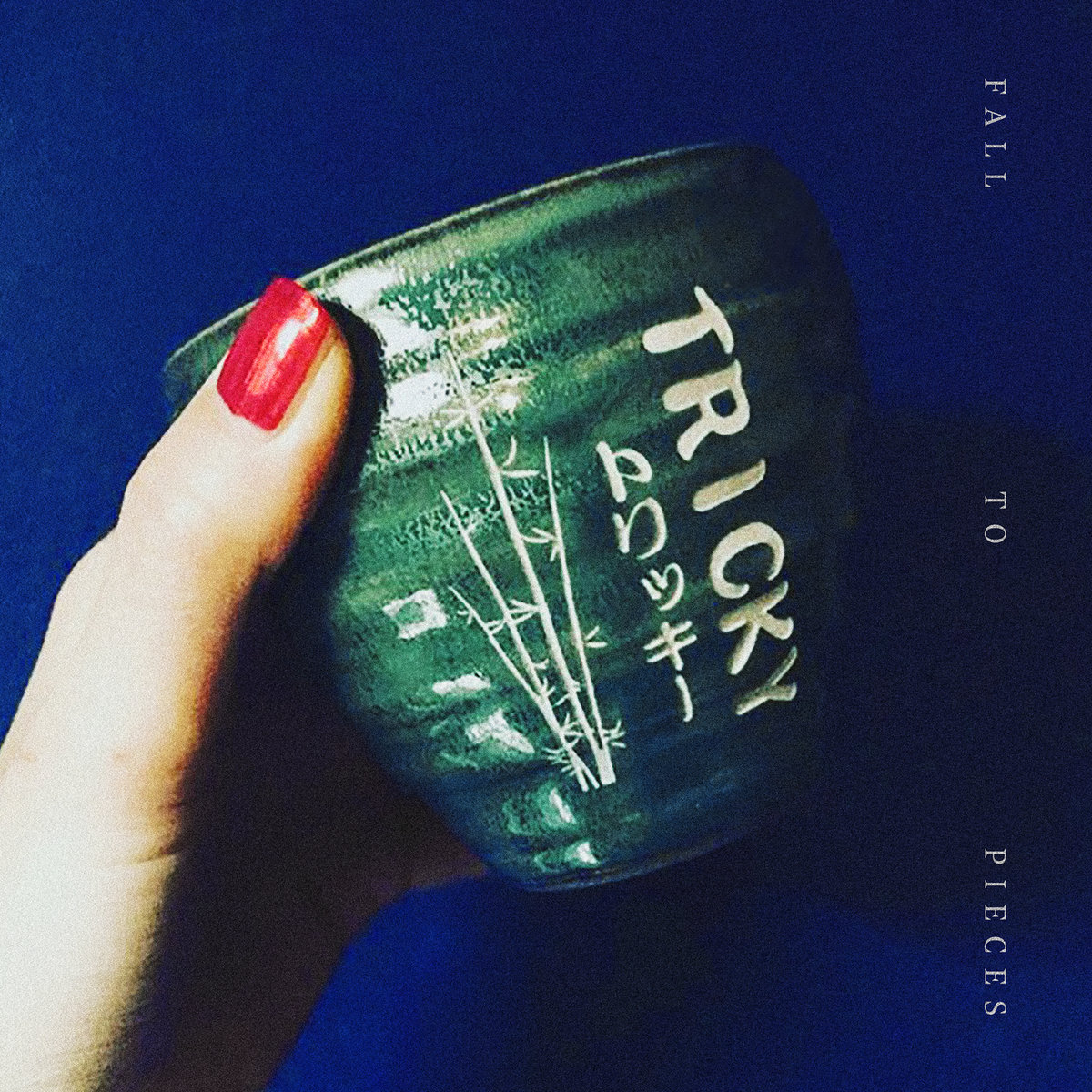 Like so many luminaries of the ‘90s and ‘00s British electronic underground, Tricky proved such a master of lyrically and sonically reflecting his surroundings that fame nearly derailed him. Where his totemic debut Maxinquaye droned and gurgled with the depleted energy of a post-Thatcher Britain awaiting the additional austerity of Blair’s New Labour, the stardom that album afforded him sapped subsequent attempts to recapture the dark, streetwise magic of that record as he became increasingly divorced from his subject matter in the 2000s. But just as fellow wayward poets like Goldie and foundational grime stars like Dizzee Rascal and Skepta have in recent years drifted back to the more brittle, ferocious energy that launched them, so too has Tricky gone back to basics and emerged, against all odds, with his best work of the 21st century.

It’s impossible to separate Fall to Pieces from the tragedy that befell its maker shortly after he began work on it, that of the death of his daughter, Mazy. The unimaginable pain of that grief runs through the record, with numerous songs touching upon the tremendous sense of loss and hopelessness it has left in the man. In that sense, it makes for a haunting echo with Maxinquaye, which was informed by the artist’s memories of the mother he lost as a child, though to reduce this LP to such detached terms threatens to remove the palpable, raw sorrow that courses through it. On opener “Thinking Of,” lyrics fall in brief, staccato bursts of choked depression like “Goodnight my love/ Always thinking of.”

As usual, Tricky loves to voice his lyrics through and alongside women, and his regular touring mate Marta Złakowska handles many of the vocal duties on the record. Złakowska sings in a detached intonation that sidesteps histrionics of sadness for drained restraint. On much of the album, she is backed up by contributions from cellist Marie-Claire Schlameus and Swans slide guitarist Christoph Hahn, though they as well as the other musicians who dot the record are frequently subjected to electronic manipulations by Tricky that warp the original sound. On “Thinking Of,” for example, drummer Luke Harris has his snare so heavily reworked into a hissing burst of white noise it sounds like an overprocessed sample while Hahn’s guitar is subjected to wild bends that turn it into a sine wave. Schlameus’s cello on “Close Now” is a distant, ghostly scream.

Packing 11 songs into just 28 minutes, Fall to Pieces lives up to its title by presenting songs that, though complete, can end abruptly as they fall apart just as quickly as they set a groove. “Close Now” and “Running Off” combined barely break the three-minute mark, and though the former is a bassy drone and the latter rolls out with neo-folk acoustic guitar that leads into a classic trip-hop drum pattern, it’s easy for them to bleed together thanks to their brief running times.

Tricky has made records both spare and maximalist, but he’s never sounded as stripped-bare as he does here, working with a small group of collaborators and a set of obscure samples to create gulfs of bass space spiked with brittle electronics and warped live instrumentation. So hypnotic is the music that it’s easy to zone out for the entire first section of the album. This spell is broken by the album’s literal and figurative centerpiece, “Hate This Pain,” another track that distills Tricky’s grief to its most direct observations on his emotional health as both he and Złakowska trade the ominous refrain “What a fucking game/ I hate this fucking pain” amid gut-wrenching admissions like “I miss my baby while I fly/ Lay my head hope I die.” Scored to a simple piano riff swallowed by some subtle effects on both the instrument and vocals, “Hate This Pain” offers nowhere to hide from Tricky’s suppressed expression of rage. Gradually, more elements are added, from Hahn and Schlameus to a jazzy trumpet fill from Jan Gropper and a sample of Israeli artist Esther Ofarim, yet if anything the track only feels more spare and hollow, each new sound completely set apart from everything else to isolate the music until the track ends without warning.

Remarkably, the album is not completely subsumed in grief. “I’m in the Doorway” has an airy vocal from Oh Land over a bouncy click track beat that lends hope to otherwise dour lyrics like “Can you hear me breathing?/ Can you feel me leaving?” An organic bassline adds a sultry, slinking vibe to “Take Me Shopping,” while a cinematic field of organ noise underpins “Like a Stone” and its warbling bass and handclap percussion. Most notable is “Fall Please,” an outright pop number with a giddy beat, shimmering production flourishes and an honest ass-shaking rhythm that manifests the album’s nervous, pent-up energy in positive, liberating terms.

The circumstances that inform Fall to Pieces are harrowing and erode a great deal of the joy of witnessing a major artist’s long-desired creative rebirth. Even so, a rebirth this remains, wielding all of the stripped-down brilliance that defined his work from the start while also subtly showing off how much he has grown as an artist and a collaborator. And as much as the artist is audibly struggling here, he sounds equally reinvigorated and possessed of a sense of purpose that has been missing from his work for a long time.