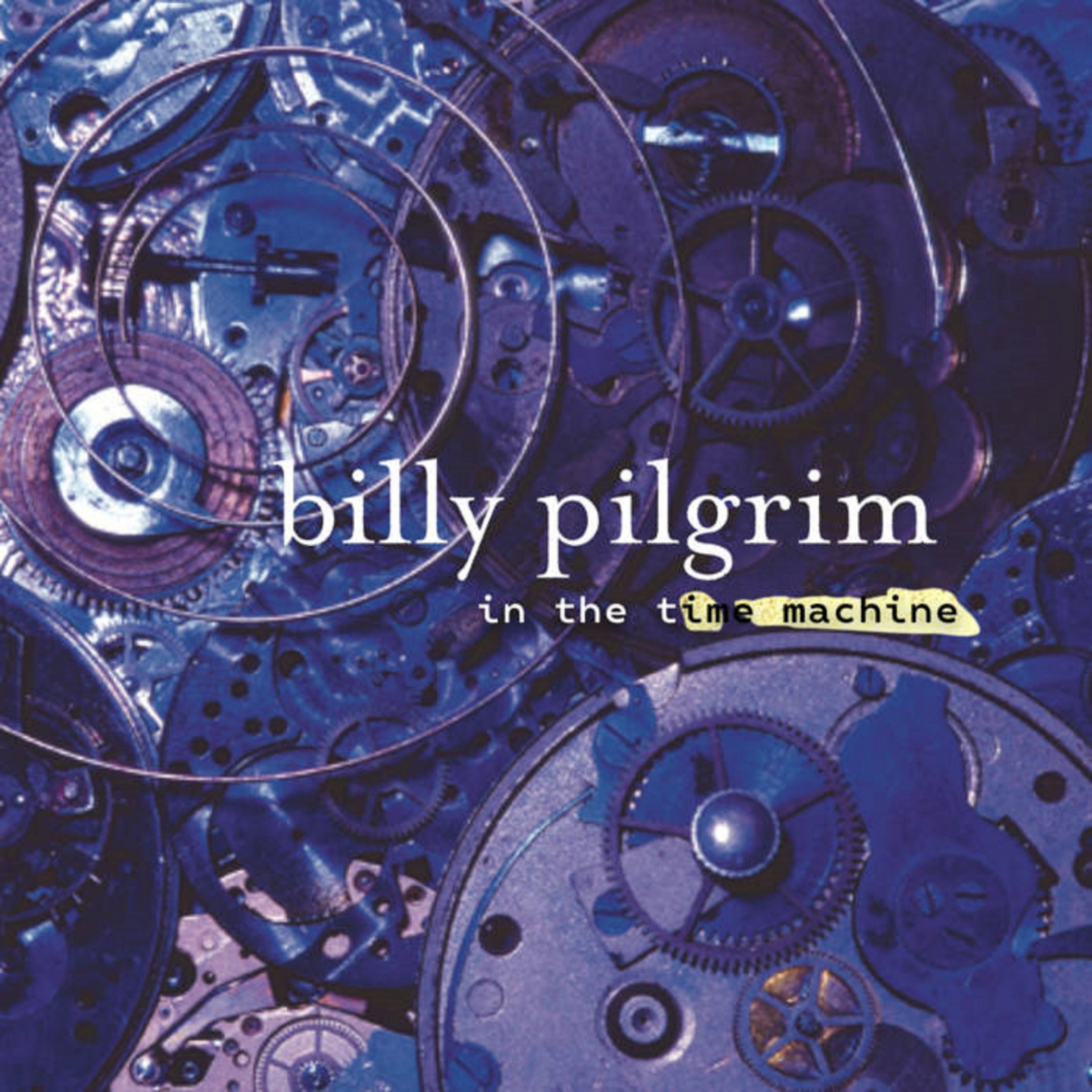 The story of Billy Pilgrim and their new/old album In the Time Machine is one of those stories that no one would believe if it weren’t true. Kristian Bush and Andrew Hyra began performing in 1990. A cassette they recorded over two days that year was eventually released in ’92 when Indigo Girl Amy Ray helped them with the costs of releasing the CD. In 1994, they finally recorded their first album as Billy Pilgrim, and in ’95 their second effort, Bloom, was released with a headlining tour. But by 1996, Atlantic Records dropped them. Following a few internet-only releases, the band recorded one last disk, In the Time Machine. However, the studio where they recorded that album burned down in late 2000, destroying the master tapes. One copy remained, and from that, 500 CDs were burned for a single performance at Eddie’s Attic in Decatur, Georgia.

Then nothing. Bush and Hyra didn’t speak for 15 years. In the meantime Bush formed Sugarland with Jennifer Nettles, while Hyra released a couple of solo albums before forming the Smokin’ Novas with Brian Bristow. Finally, in 2016, Billy Pilgrim reunited during Kristian Bush’s annual Thanksgiving show in Decatur. The story would probably end there if it weren’t for the coronavirus. The long, enforced layoff led to Bush rediscovering the tape from 2001 and realizing there was some unfinished business.

Redemption is clearly on their minds in “Call It Even,” a gently lilting track that takes on the mysteries surrounding us. Amidst the acoustic guitars and soft focused drums they sing, “Gotta get out of this race/ Can’t run anymore/ Stay out of my face/ Back Away from my door/ Paid my dues and I’m still breathing.” Yet the question remains whether, at the end of the day, can things be called even?

There are points on this album where it’s obvious that the sell-by date expired years ago. Usually, they occur at those moments where the band is working too hard to stay current, something of an impossibility on a 19-year-old work of art. Yet the final song, “Epilogue (With You I Am Alive)” is one of those moments where the years seem to drift away. Largely because it never overplays its hand, even when the song grows to a big moment there is still just enough restraint.

Other moments aren’t quite so lucky. “Billy in the Time Machine” is hindered by the dated nature of the opening atmospherics. The song, much like the band’s name and the album’s title reflects on Kurt Vonnegut’s masterful Slaughterhouse-Five. Suffering from a case of trying too hard, “Daydream” sounds especially dated, drums thud and die immediately, another example of an era that we probably don’t need to relive.

What In the Time Machine lacks more than anything else is a sense of restraint. Instead underplaying its hand, Billy Pilgrim tend to overplay the moment, adding too many elements when less would be more. A tad too overwrought for today’s world, In the Time Machine is a memento of forgotten days, which were usually forgotten for a reason.