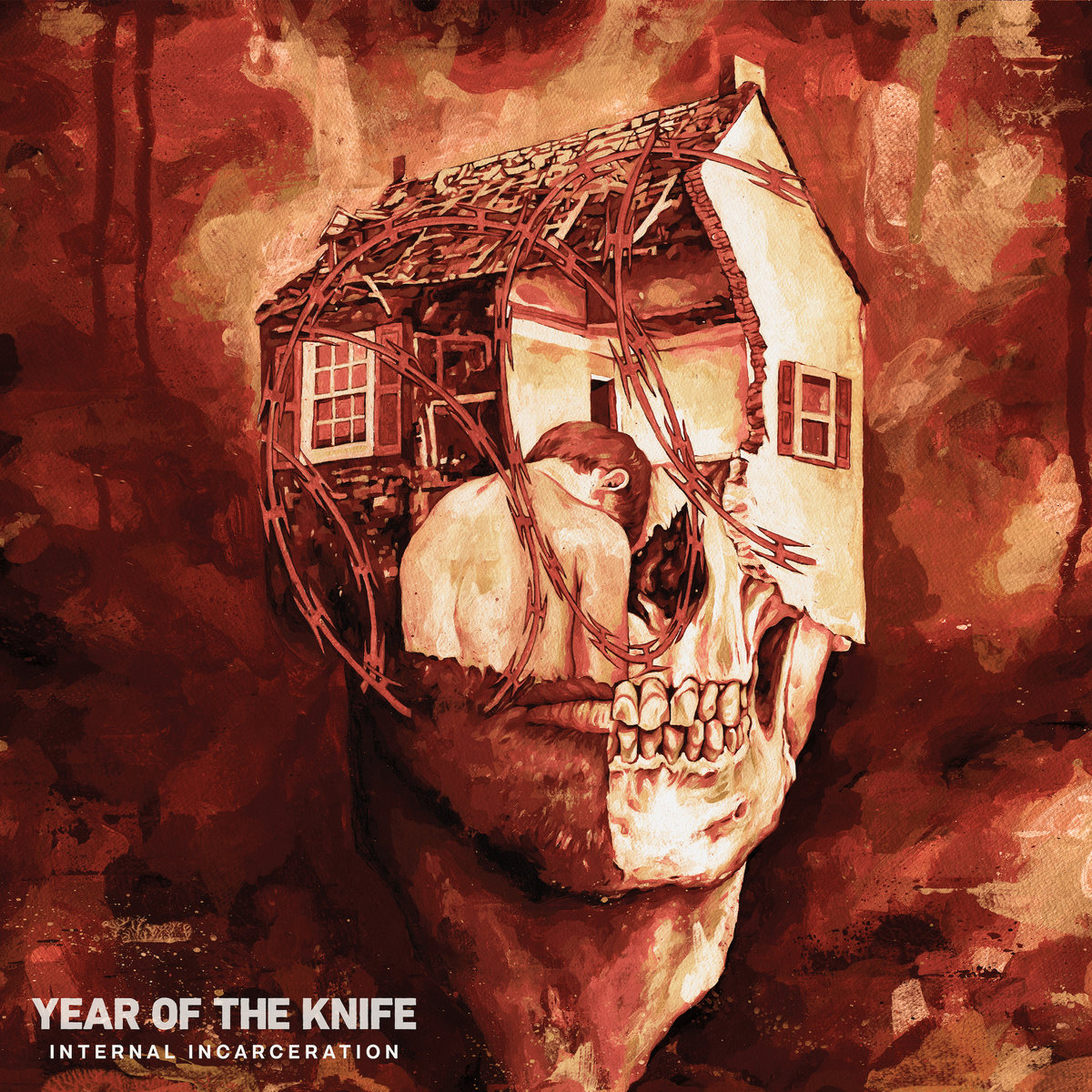 Other than “screamo,” Hardcore and death metal might tie for the most misused term in extreme music. Uninitiated listeners will likely call a song featuring growled vocals death metal or hardcore. The latter term further muddies the waters, since it’s more of an ethos than a genre. Throughout its history, hardcore means trimming the fat and going for the jugular. After decades of cross pollination, only a few factors separate Year of the Knife from straight up death metal, namely a dedication to primal lethality. This was apparent on YOTK’s EP Ultimate Aggression, and certainly shines through on the band’s debut LP Internal Incarceration. With a meaner sound and help from producer legend Kurt Ballou, there’s no counting how many domestic moshes have ensued since this bomb dropped on isolated ears.

Rather than recall the “br00tal kid” Myspace deathcore era, YOTK’s death metal side manifests largely as a nastier, darker take on metallic hardcore. Opener “This Time” has all the galloping d-beats and gnarly mosh parts needed to get hardcore kids swinging, but Aaron Kisielewski’s guitar tone immediately brings Entombed’s Wolverine Blues to mind. The tremolo picking on “Virtual Narcotic” gives the death metal riffage more pronouncement, but look no further than lines like “Fucking your brain with dopamine/ Oversaturate to control and divide” for a provocative cross section of YOTK’s straightedge and anti-social media convictions.

YOTK doesn’t apologize for its blunt, unfiltered sound. Be it the chug-tastic beatdown of “Premonitions of You” or the thrashing two-step of “Stay Away,” these guys have their destructive sound down to a science. It’s a nice bonus that they don’t let the “fight riffs” drag on for too long. Even though the latter track has a very similar intro to “This Time,” drummer Andrew Kisielewski’s acute execution guides the song through unpredictable riff changes. Maybe it’s because of the innate chemistry of the Kisielewski twins and the married couple Brandon (guitar) and Madison Watkins (bass), but this band can clearly play both well and hard.

The hardcore scene’s fascination with old-school death metal isn’t exactly new, so Internal Incarceration can’t afford to rely on a simple genre crossover. In that regard, “Manipulation Artist” shines with memorable riffs electrifying its brain-bashing breakdowns. This isn’t to say YOTK have gotten too technical, as the bulldozing groove of “Sick Statistic” and the chaotic rampage of “Internal Incarceration” favors intensity over finesse. There’s always a few allusions to minor-key death metal for good measure, but Tyler Mullen’s bestial bark locks in speedy punk, lumbering chugs and everything in between with bite, emotional impact and convincing anger.

The band’s authentic rage and Ballou’s flawless production does a lot to elevate some of the deeper cuts where lesser albums get less engaging. YOTK just sounds so good during “Through the Eyes” and “Eviction,” that it’s hard to imagine heavy hardcore fans taking issue with the genre tropes. The latter cut centers on Mullen’s venomous refrain “Don’t tell me to suppress my anger—an appropriate retort for YOTK’s uncompromising sound. With both beefiness clarity, Internal Incarceration can effectively tread water during cuts like “Nothing to Nobody” without slowing down the band’s flow.

When hardcore kids take a fancy to death metal, it’s often obvious which bands they got hooked on. To YOTK’s credit, “Final Tears” and “Get It Out” bring a bit more melodic death metal influence. Even after the entire metalcore movement aped At the Gates, this band’s approach to groove and noisiness demands appreciation as the guitarists diversify their fretwork. Even the closing cut “DDM,” which mostly centers on a sludgy pile-driver, has tasteful songwriting to elevate it above generic Bolt Thrower worship.

Perhaps the best part about Internal Incarceration is how it respects and properly uses death metal, all the while remaining true to YOTK’s hardcore roots. Where many modern bands think they can just ape one of the death metal godfathers without anyone noticing, this band proves that crossing genres doesn’t have to result in compromise. Internal Incarceration provides a familiar, satisfying kick in the teeth.