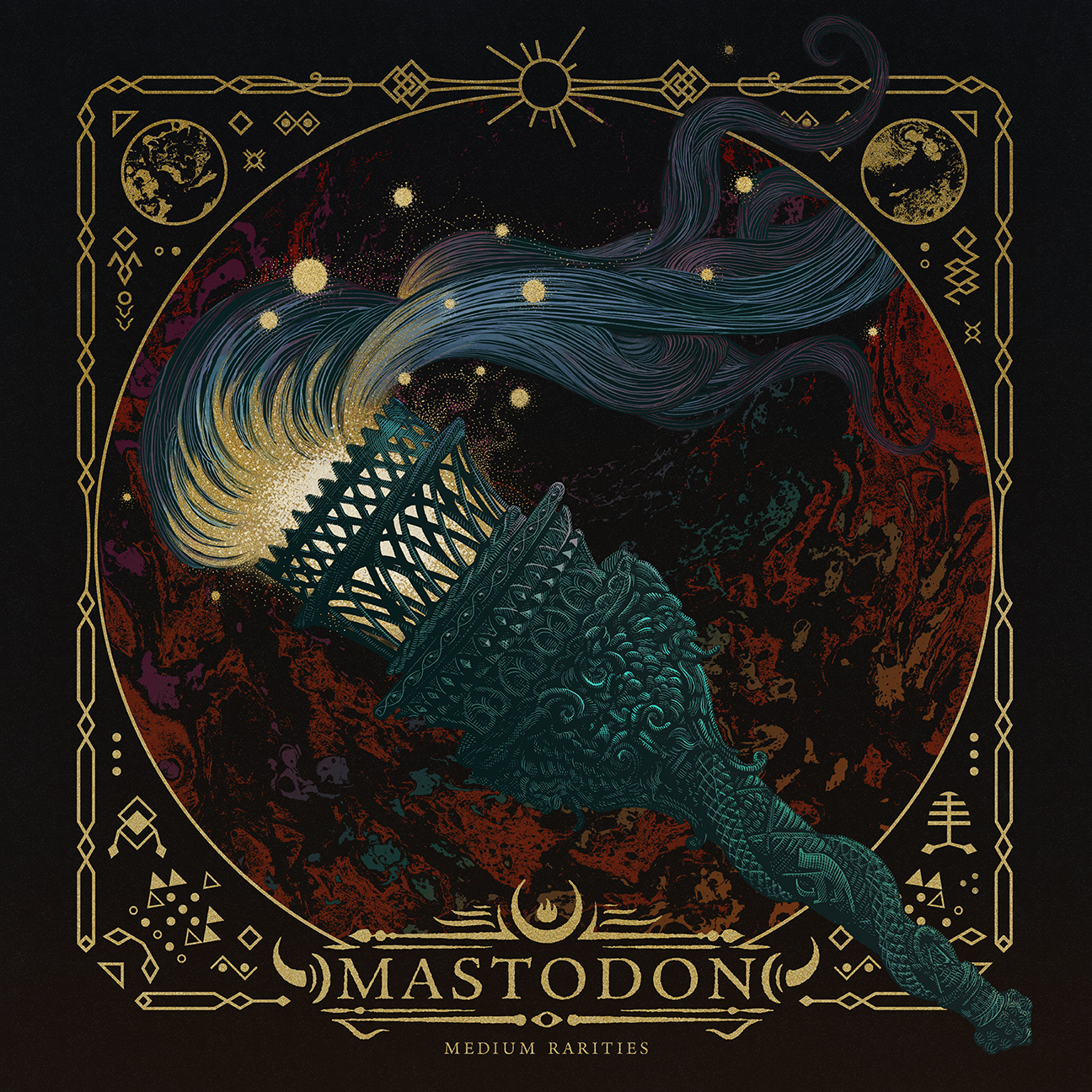 Atlanta’s Mastodon has never truly fit into the genre classifications bestowed upon them. They’ve run the gamut between prog, metal, stoner, sludge – you name it, Mastodon probably shares some skeletal resemblance to it. Over the course of seven albums, they’ve grown in popularity too, having begun in 2000 as a heavier and less melodic band. It makes sense that now, in between albums, they’d deliver a quarantine-prepped rarities collection in Medium Rarities.

The 16 tracks span their two decades with a handful of oddball covers, some instrumentals and a few live renditions. It’s a grab bag of goodies that diehard fans probably have bootlegs of, but that no one in their right mind was anticipating. Outside of the newest track and lead single, “Fallen Torches,” there’s nothing about Medium Rarities that demands massive joy. The random instrumentals like “Asleep in the Deep” from their most divisive record Once More ‘Round the Sun decapitate any sort of momentum the collection has; instead, they just seem like clippings from a junk drawer tossed together with little to no reasoning.

The few covers present are interesting, though, and might intrigue the casual listener. Mastodon’s take on the Flaming Lips classic “A Spoonful Weighs a Ton” is definitely earworm-y, due largely to frontman Brent Hinds raising his typically low melodic vocals to great heights to match Wayne Coyne. It’s funny, awkward, but also kind of sweet that they’d pay homage to one of psychedelic rock’s most enduring and beloved acts. The same can’t be said for their cover of Feist’s “A Commotion,” from the Canadian singer-songwriter’s 2011 album, Metals. Here, the band literally streamlines the track into their own brand of prog, thus diminishing it instead of paying homage. It basically sounds like any Mastodon track. Covers are most successful when they can blend the two, but a Feist song as a heavy prog rocker just doesn’t excite.

The “Game of Thrones” song “White Walker” is here; as unnecessary as the song is, it’s still nice to have a home for it. “Cut You Up with a Linoleum Knife,” the original composition for “Aqua Teen Hunger Force,” is also finally finding a home, but neither of these tracks are all that rare in the internet age. Pithy instrumentals aside, though, Medium Rarities does have a certain sincerity to it – less of a cash grab, more of a “hey, we’re still doing something.” Mastodon’s decline since their heyday has given us a string of largely forgettable albums post-Crack the Skye, and this rarities collection is further proof of that when we arrive at the live version of “Blood & Thunder.” It’s obvious that Mastodon is hardly the same band as they were back in 2006, and Medium Rarities is an uneven but accurate snapshot of how much they’ve changed, for better and worse.

Their third round does little to motivate and only comes across as misguided and fake. …