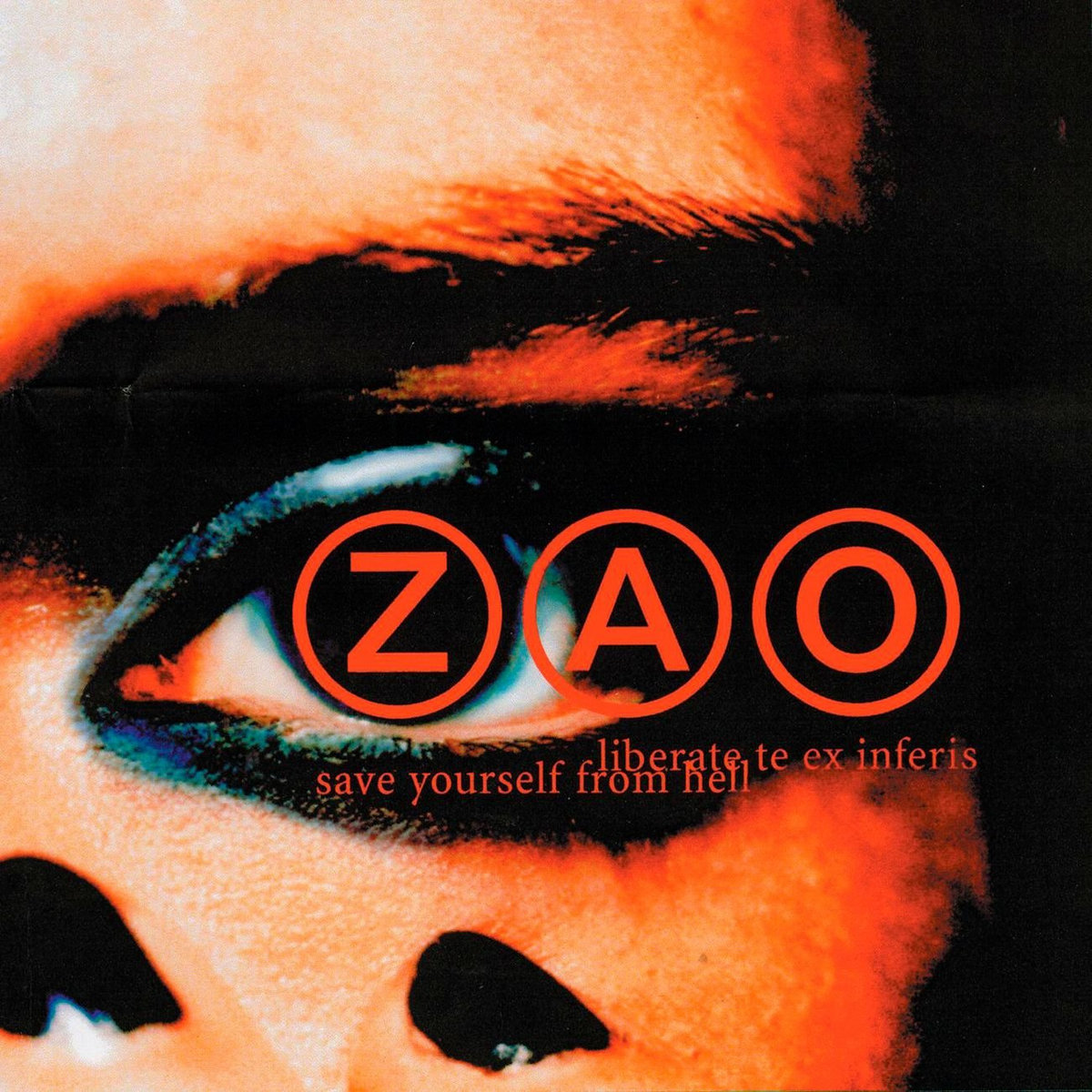 Before the 2000s saw the proliferation of metalcore bands ripping off At the Gates, the fusion of metal and hardcore took from a diverse array of underground music. During the late ‘90s, it became fairly common for metalcore bands to find common ground with the likes of Neurosis and Today Is the Day. Zao was one such band.

Rising from the sea of Christian Earth Crisis clones in West Virginia and Pennsylvania, the band expanded its horizons to what’s basically a hardcore band playing Carcass. The stylistic shift is, rightly, connected to the fact that 1998’s Where Blood and Fire Bring Rest featured an entirely different line-up than 1997’s The Splinter Shards the Birth of Separation—save drummer Jesse Smith. People can call Blood and Fire the definitive Zao album, but 1999’s Liberate Te Ex Inferis undoubtedly remains the band’s most disturbing, intoxicating album to date.

The documentary Lesser Lights of Heaven contextualizes Liberate during a dark chapter of Zao’s existence. Ostracized from both the Christian and secular heavy music scenes, mounting tensions between members belied a negative headspace that almost destroyed the band several times during the 2000s. Indeed, the drifting sway of “Intro” sets up a melancholy mood and sweeping dynamics, and it foreshadows the album’s unsettling tone with one of several samples from the 1997 sci-fi/horror film Event Horizon: “You know nothing. Hell is only a word. Reality is much, much worse.”

The Iron-Monkey-meats-Dead-Guy vibe of “Savannah” presents the building blocks of Blood and Fire in a dirtier, more unhinged light. Dan Weyandt’s raspy snarls get much gravellier and more unintelligible, as Scott Mellinger contrasts ex-guitarist Brett Detar’s rock ‘n’ roll swagger with a dissonant heaviness akin to his previous band Creation Is Crucifixion. He proved the perfect fit for Russ Cogdell’s chaotic energy, and remains so to this day. It also helped to have Rob Horner on bass, whose grimy tone lays the foundation for that classic “Savannah” breakdown.

Smith came through with some of his wildest drumming performances. His velocity and speed remain unparalleled, and he took ownership of his role as the band’s bus driver. The musical chemistry on display here makes it clear why many still consider Smith, Weyandt, Cogdell, Mellinger and Horner to be the quintessential Zao line-up. Be it the punkish protest against pompous priests in “Skin Like Winter” or the brooding apocalypse anthem “Desire the End,” the band flows in and out of distinct passages with both raw force and emotional tact. The number of unforgettable motifs and seamless dynamic shifts thrown into each movement is almost baffling.

His tales of personal tragedy only got more unflinching, as “If These Scars Could Speak” processes though Weyandt’s experience of finding out his then-girlfriend was raped by a church musician while he was on tour. Such unspeakable tragedies deepen the human element of Weyandt’s glass-gargling shrieks, and skyrocket the effect of the song’s eerie acoustic passages and violent death metal-influenced riffs.

Songs like “Autopsy” and “Dark Cold Sound” certainly don’t apologize for their metalcore roots, but Zao’s ambition reaches far beyond the meat-headed mosh riffs of the era. As Smith pushes and pulls the tempo without losing the groove, Cogdell and Mellinger work catchy leads and resonant strains into whatever the drummer throws at them. Both tracks would work fine as straight-up metalcore, but Liberate really identifies more as a post-metal album.

That being said, Zao’s ideas lean on both electrifying frenzy and repetitive build-ups. You can certainly mosh your heart out to the first half of “The Ghost Psalm,” but the rest of it becomes a horrific collage of demonic whispers and creeping chord progressions. From its haunting murmur to hair-raising climax, this song becomes the centerpiece of Liberate’s artistic statement. This is the sound of Zao doubling down on its most terrifying attributes.

Mellinger, together with Cogdell, packs cuts like “Kathleen Barbra” full of memorable ideas. Their techy yet tasteful delivery has plenty of immediate impact, but it also reveals underlying nuances with each listen. If Isis was thinking-man’s metal, then Zao became thinking-man’s metalcore with tracks like “Man in Cage Jack Wilson.” Beginning with a collage possessed voices and oceanic static, this seven-minute closing cut develops like Neurosis’ “Cleanse” with its multi-layered percussion and ritualistic feel. This suspenseful crescendo solidifies Liberate as a creative precipice of Zao’s career—but it’s a precipice they can’t go back to.

The final Event Horizon quote encapsulates the true nature of this album, “The dark inside me, from the other place, I won’t go back there. I won’t.” The mindset that gave rise to this album was unsustainable. Considering the healthy place Zao is in nowadays, it’s probably for the best Liberate Te Ex Inferis remains a lone bastion of tumultuous innovation. Besides, the band’s late-career output still recalls this underrated landmark at opportune moments.

The impact this album had on Christian music, screamo and post-hardcore continues to reson…