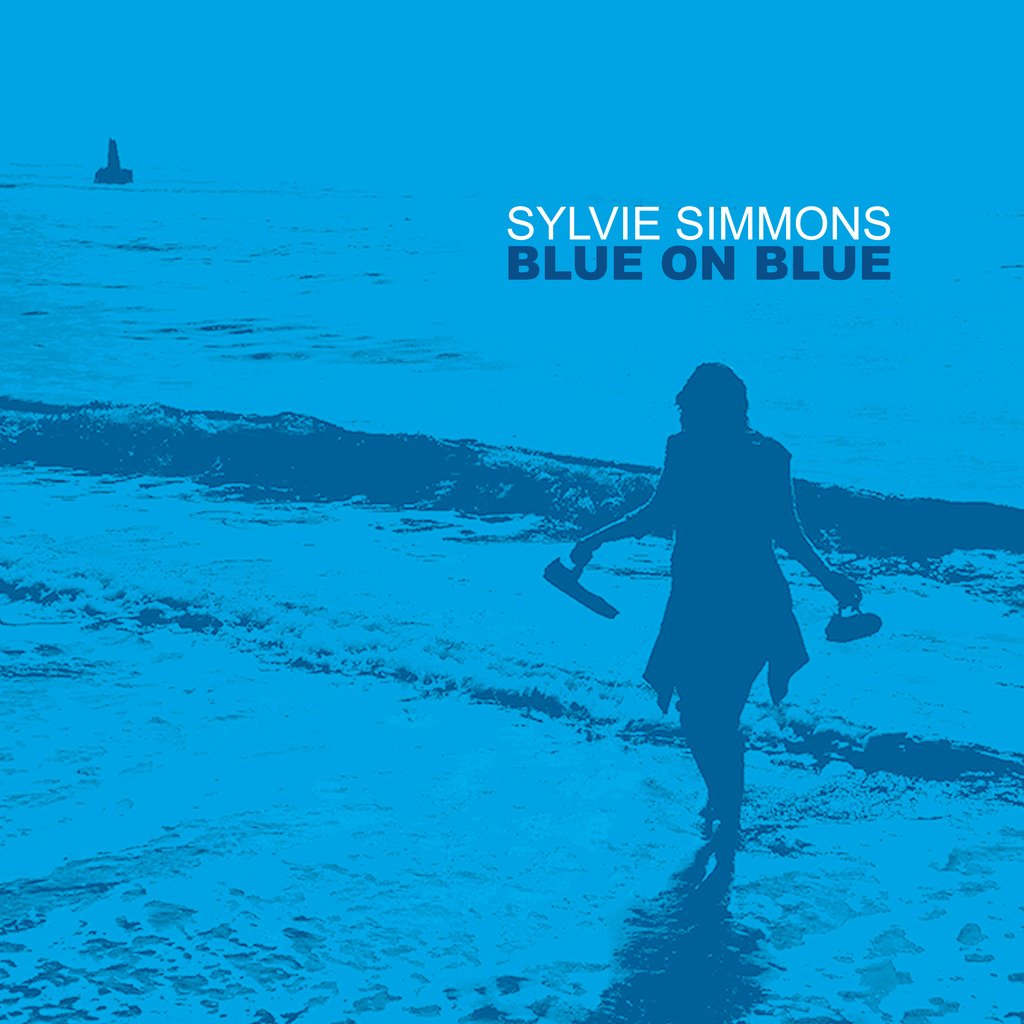 Sylvie Simmons has interviewed just about every major figure of the last half century, penned a handful of biographies (of Neil Young, Debbie Harry and Serge Gainsbourg, among others) and written innumerable articles since relocating from the UK to the US in the late-‘70s. It was after her time spent researching and interviewing for I’m Your Man: The Life of Leonard Cohen that she began exploring her own path as a singer-songwriter, releasing her debut, Sylvie, to much acclaim in 2014. The six years it took for her follow-up, Blue on Blue, was far from intentional.

Leaving the studio in Tucson in 2017 after laying down a handful of tracks for what was to become her sophomore release, Simmons was involved in a horrific accident that left her with multiple broken bones and nerve damage. Finding herself with an unusable left hand that would require a great deal of surgeries and physical therapy, Simmons had to reassess her approach.

Before the accident, Simmons had already written a number of songs and recorded several first takes, including for album opener “Keep Dancing,” which serves as a sort of bridge between her debut and its follow-up. Circumstances forced Simmons and producer Howe Gelb (Giant Sand) to put plans on indefinite hold. Fortunately, Simmons was able to recover, writing an additional series of songs during her recovery and ultimately delivering yet another album of hushed, acoustic intimacy.

There’s a live, almost impossibly fragile quality to the recordings. Each track feels so uncomfortably intimate and of the moment that you feel as though the album itself is unfolding in real time. Room sounds are audible throughout: the depressing of a pedal on the piano; breaths taken prior to lines sung; fingers plucking ukulele strings; the vacuum of sound in the moment before another instrument enters the mix. It’s an unfettered approach to production that, rather than stripping the proverbial oxygen from the room through over-producing, affords each song the opportunity to live and breathe in a way few modern recordings allow.

The aforementioned “Keep Dancing” rides along on a sort of cabaret/noir feel and is comparably upbeat compared to what follows. Given the events immediately following its recording, it’s understandable why the remainder of the album is more downcast. “Nothing” is reminiscent of her late friend and biography subject Leonard Cohen, all finger-picked ukulele, melancholic lyrical imagery and lilting, minor-key melody.

It’s not all maudlin, however, as evidenced by the comparably upbeat, cheeky “The Thing About Girls.” You can almost hear the smile in Simmons voice as she advises, “The thing they don’t tell you about girls/ Is we don’t know when to stop, mm-hmm.” It’s a light-hearted bit of folk-pop that rolls along, unconcerned with any sort of passing fads, existing wholly within a world of its own, the arrangement threatening to fall apart under the weight of its own cutesy-ness in the best way possible; think DIY/post-punk acts like Television Personalities.

But the vast majority of the record is gorgeously rendered, as in delicate songs along the lines of “Sweet California,” a love letter to her adopted home. With her fragile voice and ukulele in tow, it’s one of the many highlights of Blue on Blue, the arrangement gently building upon itself until it begins to resemble a bit of West Coast singer-songwriter pop circa-1973, all sun-drenched harmonies and halcyon imagery.

That it exists at all in the wake of such physical trauma is something of a miracle. Yet like its predecessor, Blue on Blue is a lovely little record of great beauty and fragility from one of the great music writers of the 20th century who has somewhat improbably embarked on a later-in-life second career as a musician herself. And while it’s not quite the genuine surprise of her debut, it’s nonetheless another fine addition to a quietly growing – and incredibly charming – body of work that hopefully will continue to grow in the coming years.