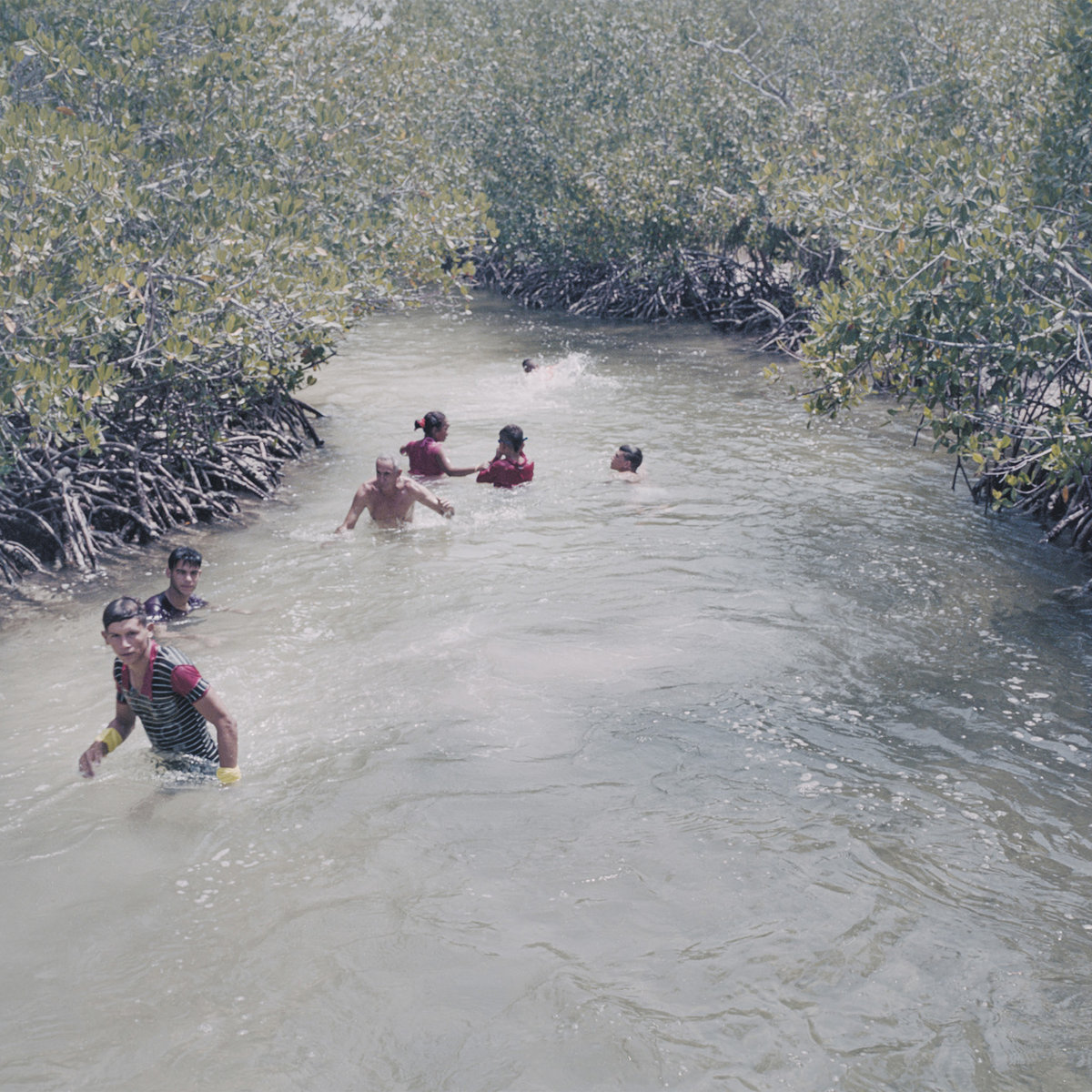 As Bellows, Giuseppe Ielasi and Nicola Ratti engage in an electro-acoustic practice that celebrates focus and rewards careful listening. 2010’s Handcut saw the duo utilise, as they put it, “a simple technique of cutting / destroying and amplifying vinyl records with contact microphones,” adding little besides effects pedals and producing an oddly affecting exploration of the sound of audible decay. The imperfections and damage to the vinyl become the foreground elements while beneath these new layers, the original recorded music can still be heard, ghostly traces of histories and industries. 2015’s Rustl mixed tape loops with live improvisation and the resultant compositions, all untitled, shimmer nervously with the hiss of static and the noises of the tape machines themselves, or thud erratically with heavily reverbed bass thumps coupled with what sounds like dislocated and lost radio broadcasts. Their latest album Undercurrents, in comparison, is a less gritty affair while continuing their delicate and careful explorations of tone and rhythm, the same careful loops this time seeming almost playful in comparison to some of the earlier, equally careful but far noisier compositions. And while Undercurrents moves away from the more familiar world of synthesized textures and oscillations of their previous outings, it retains the same focus on atmospheres and the role of sonic artifacts, the same attention to the various clicks, buzzes and hums that accumulate as they compose.

“01” starts with a gentle two-note loop, the click of the tape splice quickly becoming a familiar rhythmic feature and the accompanying broadcast noises playing a gauzy role in revealing and obscuring other musical phrases that can just be distinguished at the edges of hearing. The timbre is lighter and higher for “02,” beginning with an identifiable organ-like phrase that cycles while a slower bass note moves in and out of phase. Atonal breathy notes punctuate until there’s a number of layers all cycling at slightly different tempos without overly disrupting their companions. The hiss and crackle, which begins as a platform through which the track’s elements are delivered, grow in strength until they all but overcome the loops themselves. The same play with back- and foreground is present in “03,” with more bell-like notes and muffled bass strikes surrounded by other sound sources, that white noise, hum and hiss that would otherwise be an obstacle to listening now serving as part of the track’s focus, as vital to the scene the track evokes as wind through leaves. Different again, “04” offers a series of higher-pitched tones that suggest abandoned machinery cycling without supervision, with the pitches and mechanical allegories becoming even stronger in “05.” As the loops get faster the pitches higher, it’s hard to avoid feeling like there’s a story being told through these soundscapes, the sonic equivalent, perhaps, of Simon Stålenhag’s oddly affecting landscape paintings. “06” comes closest to sounding like a “regular” piece of music, the two-note guitar phrase carried by a gentle percussive hammering and an equally metronomic, if only occasionally aligned synthesizer line. “07” returns to evoking a location more than a song structure, with glimpses of what might be manipulated voices in the periphery and gentle guitar notes falling like irregular drops in some deserted cavernous space. Finally, “08” marries the sounds of a slowed-down steel drum with the ever-present tape hiss, the soft percussive bell-like notes repeating while electronic whistles and tones arrive and leave unpredictably throughout.

The overall pace of Undercurrents is one of gradual change, slow developments and accretions; nothing is in a hurry here and this slower pace, along with the rounded bell and gong-like tones present in many of the tracks, gives the whole album a slightly dreamy, unfocused feel without ever falling prey to the saccharine noodling that haunts so much made-to-measure ambient music on certain streaming platforms. Ielasi and Ratti are too careful in their practice for that, and for all of the accidental outputs of their improvisation, their discipline in following a careful methodology through to completion is evident. Each of the eight tracks on Undercurrents is an exploration of sound and listening and, especially, on how those unwanted acoustic elements that are often derided or ignored can become central to the practice of listening and interpretation.